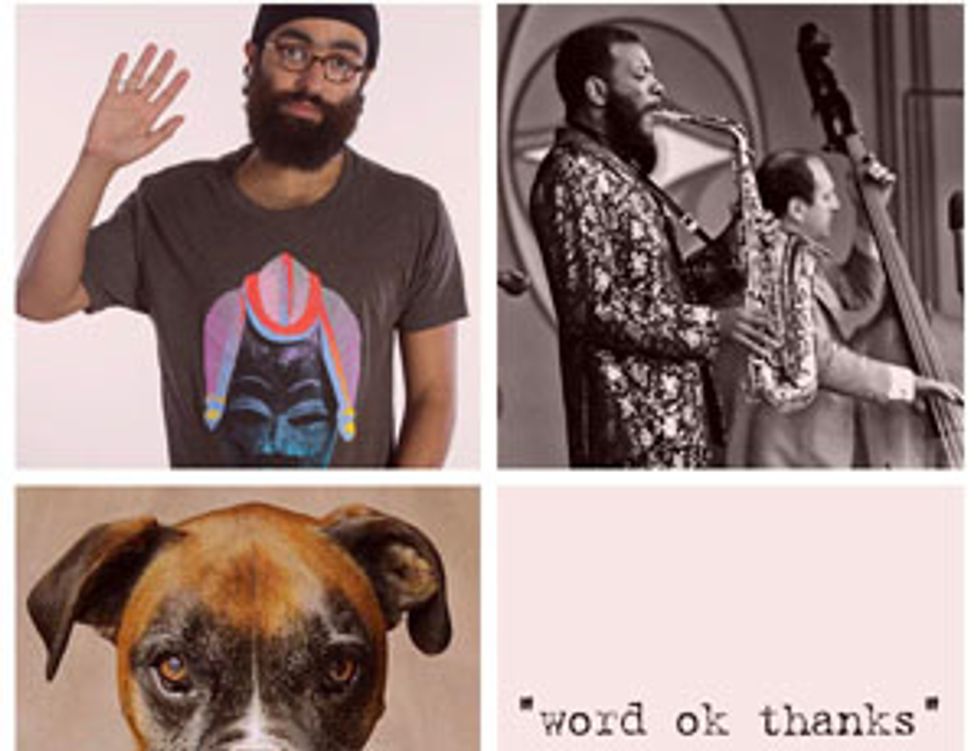 We were lucky enough to get Das Racist's KOOL A.D. to model our new T-shirt line. We sat down with him (ok, we emailed) to talk briefly about his personal style, dogs, and sustainable food production. Above, KOOL A.D. says wassup to the camera in our Dan-Ngere Tee.

OKA: You got style. How would you describe it in 3 words or less? You got a style icon?

KOOL A.D.: My style in three words is "word ok thanks." My style icon is Ornette Coleman.

OKA: Let's talk about beards. How much time and thought does grooming your beard require, or do you feel the best beard is the result of not giving a f*ck?

KOOL A.D.: I usually have a beard because I don't really like shaving.

KOOL A.D.: My free t-shirt I got from Okayafrica.

OKA: What's your favorite item of clothing to remove from a female fan?

OKA: If you had your own cologne - let's just say you bottled your body odor - what would you name it?

OKA: What are you working on right now? What's going on with Das Racist and other music projects, etc?

KOOL A.D.: Just trying to record a lot. Rap and some shit with singing. Have a punk rock project called Party Animal putting out a record end of this year and touring beginning of next year. Got a pyschedelic rap project called Peaceful Solutions with Seattle jazzman Kassa Overall dropping soon. Working on a proto-post-rap project called Cult Days. Trying to transition at some point into sustainable food production.