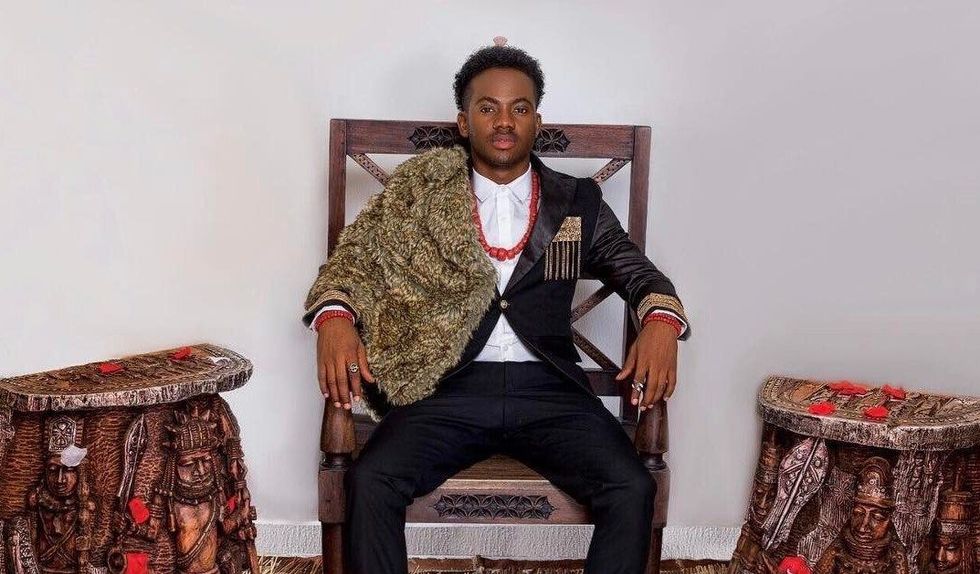 The public had long concluded they loved Korede Bello's 'Belloved' even before it dropped, and now that it’s finally here, the consensus is one of confirmation.

In 2014, Korede Bello was first presented as a pretty faced, sweet-natured, guitar-wielding singer-songwriter when he put out “Cold Outside” and “African Princess.”

Together with Dija and Reekado Banks, he formed the youth wing of Mo' Hits Records, now reconstituted into Mavin Records, with Tiwa Savage, Dr Sid, Wande Coal and D Prince in the senior wing.

Time was when Don Jazzy produced entire albums for his artists, circa Mo’ Hits. Now that he has a growing business empire that so far includes film production, broadband service and multiple brand endorsements, it's understandable that Jazzy has since delegated some production duties at Mavins to his coterie of producers including Babyfresh and Altims, who produced Korede Bello's massive hit “Do Like That.”

It has become a personal game of expectations to see what songs Don Jazzy's produced for his newer artists, if at all they show signs of waning creative powers, and most importantly, what sonic directions he takes in comparison to the current output by afropop producers, many of whom see him as The Sound God.

I'm happy to report that Jazzy’s work on Korede Bello's latest album, Belloved, specifically on “Let Him Go” is a marvel.  The beat is neatly stitched together from a zig-zaggy electronic synth to a languid bounce that is native to dancehall—both of which are a snug fit. The hook, as many are here, is simple and effective and finds Bello imploring a lady to let go of a man who hasn't been good to her.

“Man wey dey beat you, let him go,” sings Bello proving that hard relationship advice need not be laden with melancholia. It could also be celebratory, or damn near twee, “you be jollof rice, why you dey let am treat you like white rice?”

On “Butterfly,” Bello showcases his lesser known talent as an amateur lepidopterist. On account of its recurring decorative pattern, a butterfly is a motif waiting to be called a motif. Repeating the word “Butterfly” on the chorus takes on a double meaning which makes the song blossom into a pretty picture of pop perfection. A meta-motif if you will, if there’s such a thing.

And for some juju goodness, the Babyfresh-produced “If You Smile” serves up a treat. But not to shortchange his and Bello’s work here, you'd have to be a hopeless singer to fail on a such a sure banker of a beat.

For a song title, “Oh Baybe” is too commonplace and no amount of tinkering with the spelling can disguise this. It's a decent song, but placed next to the grade A gems here, it risks being mere album fodder.

The one lyric here that has anything going for it is “sugar my cane,” nonsensical yes, but as an attempt to breathe some life into everyday language, it's not bad. But, don't come here for deep meanings, come here for pop excellence.

Any one of the last three songs here—whether “Favorite Song,” "Good Time,” or “Ese Baba”—would be good album closers for being upbeat, inoffensive and good natured.

“Favorite Song” is the sort of arena pop where that bodes well with crowd participation, as does “Good Time.” “Ese Baba” is an old church favourite for giving thanks which will lift spirits at the end of a service.

It's as though making Belloved: The Movie has been such a fulfilling ride that Bello is unsure of a fitting triumphant end, and so decided to offer three possible endings. Maybe not, but it's way more fun to imagine this as so.

It's incredible that Bello’s older, sure-fire hits have been annexed to bonus-ville, from the feel-good “Godwin,” to the self-explanatory “Romantic” and the excellent “Do Like That,” released only three months ago and sure to soon exceed 20 million YouTube views. The remix with Kelly Rowland, released in February, hasn't even made the final album cut.

Another artist (and label) with less confidence in his newer material would place these songs higher up on the track list to guarantee familiarity, but Bello may want to move on from treaded ground.

You get the feeling the listening public long had concluded they loved Belloved even before it dropped, and now that it’s finally here, the consensus, rather than that of relief, is one of confirmation. Belloved is available now on iTunes.