Lauryn Hill Performed Her First Ever Concert In Ghana 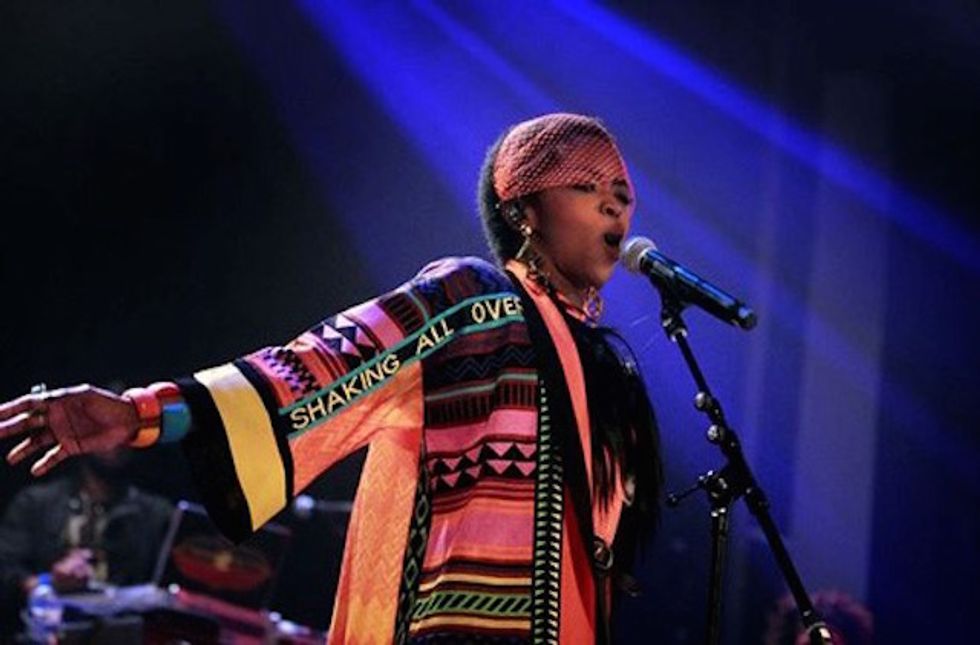 Watch Lauryn Hill play "Ready Or Not," "Killing Me Softly" and more classic at her first ever Ghanaian concert.

Over the weekend, Lauryn Hill performed a concert in Accra as part of the Afrobeats Big Festival. Ms. Hill had only performed in Africa twice before her first ever Ghanaian show — Ethiopia in 2005 and a concert at 2012's Cape Town Jazz Festival that was unfortunately marred by sound issues (ed: as some commenters have noted, she's also previously performed in Rwanda and Senegal). We came across some fan footage from Lauryn Hill's recent show in Ghana and, though the audio's not the best throughout, it's pretty clear this one was a booming affair. Watch a 6-minute fan recap of Lauryn Hill's Accra concert, which features her live renditions of Fugees classics "Ready Or Not" and "Killing Me Softly," as well as Miseducation staples like "Everything Is Everything." Watch the footage below via Swit Salone.