Legendury Beatz Master Every Shade of Afropop In Their New Mixtape, 'Afropop 101' 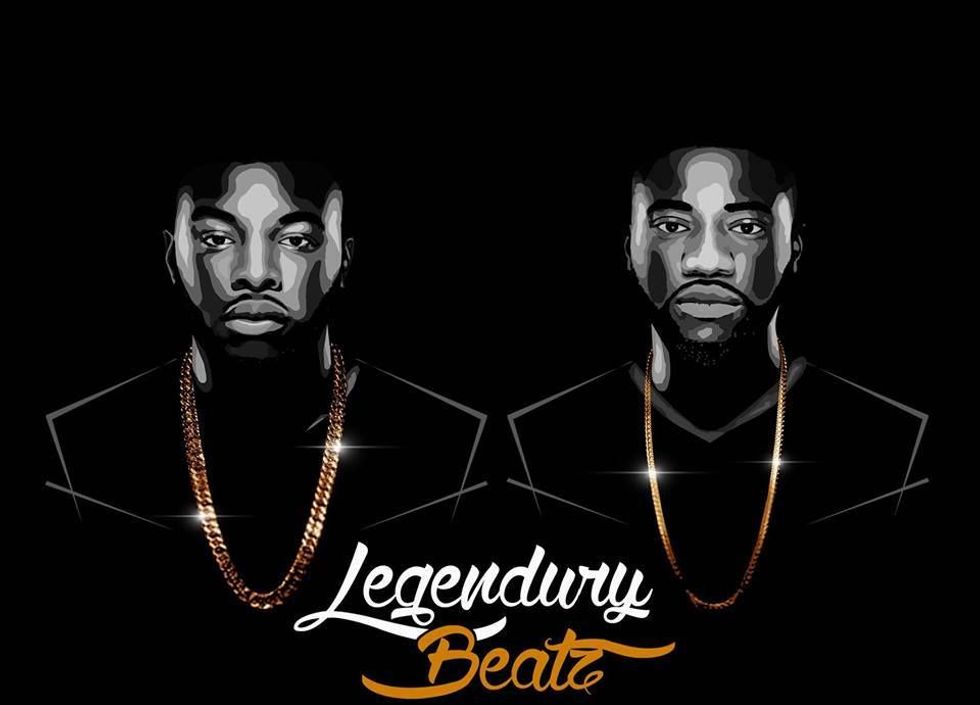 Legendury Beatz, the brains behind "Ojuelegba,” confirm their brilliance in their new mixtape 'Afropop 101.'

If you recall that Legendury Beatz are the brains behind Wizkid’s “Ojuelegba,” “Caro” and “Ginger,” the brilliance of Afropop 101 will not surprise you. It'll only confirm their genius.

The album is a rich survey of African pop carried out by siblings Uzezi and Okiemute Oniko, who are both under 30 years of age.

One overriding feeling while listening to the mixtape is that they could, if they so wished, create and recreate just about any genre so well that they just might be sorcerers disguised as music producers.

My personal 'objective bias' against Simi was done away with when she and Falz released their joint Chemistry EP last year, which was produced entirely by Sess The Problem Kid and mixed & mastered by Simi.

There aren't any sleeves notes or a full list of credits available online to tell if she's written and then mixed and mastered Afropop 101's “Ori Re,” but the fact that she and the wizards decided to update Chief I. K. Dairo’s juju classic “Mo Sorire” says something about her music acumen, or so I’d like to believe.

The 1996 version by Paul Play, I. K. Dairo’s son, was well-loved and a party favourite, and also respectful of its original. This new version by Simi is a very clever and radical take. Where Paul Play seemed to find all the inspiration he needed in the original, Simi treats it as a departure point.

She has plucked and utilised only the first line of I. K. Dairo’s chorus to make hers, but has written verses and a bridge that's rooted in R&B tradition. The wizards who masquerade as Legendury Beatz have fashioned a beat that, like Simi’s writing, uses the juju instrumentation as launch pads for new music destinations.

They couldn't possibly do without the sway and bounce of the original as it's integral to juju, but they've done away with the hectic drumming, all of which has made for a really delightful song—a little too pleasant so still very Simi—and also a masterclass on how not to f*ck up a classic while f*cking with it heavy.

The propagation doesn't end there, if anything it roots even deeper on “Duasi,” with Vanessa Mdee, which is a re-tilling of Diana King’s “Shy Guy”.

Matter of fact, the operating principle of Afropop 101 seems to be crop rotation as song making.

In the former, different plants are by turns, grown on the same soil to as to maintain fertility. In the latter, and on “Ori Re” and “Duasi” in particular, Simi, Mdee and Legendury Beatz keep the framework of their source materials but have also fitted it with R&B tropes.

Mdee has kept the indelible structure and rhyme pattern of King’s chorus, but has written most of the hook and verses in Swahili (she's Tanzanian). It's all cleverly executed.

Elsewhere, what sounds like nasal tones in Maleek Berry’s singing voice gives it a pained quality. It's even more noticeable here on this plea of a song which finds him imploring to a lover that he's “One Call Away.”

The production wizards know this surely and that must be why when the chorus comes, the beat fades, leaving the title phrase to float. It's simple but effective, and proves that to add is to subtract.

On account of being a fresher, Mr Eazi is the starriest of Starboys, even more so that Wizkid. Besides being a delightful song, “Heartbeat” has a strange and telling confluence of influences that requires a moment to untangle

The template for the Mr Eazi-featuring “Heartbeat” is obviously dancehall, but this interpretation is of a particular strain that is recognisably Drake’s and his sometimes ridiculed, but clever excursions into territories not native to him.

What Mr Eazi appears to have done is retrace the lines well-traced by Drake when he incorporates R&B, rap, dancehall, afrobeats and what British Ebonics he's absorbed. It's like being entitled to half of a cake, but laying claim to all of it from someone who owns no part of it.

If I have to say it one more time, i’ll invoice Starboy Worldwide and demand immediate payment: the bright light that is Mugeez is still hiding under the bush of allegiance to R2Bees and the arcade of talents on the label.

Even I, convinced as I am, was surprised to hear Mugeez go into dancehall overdrive on “Apple and Vodka” when, all this time, I pegged him as crooner. As if to further prove a point or to bolster mine, he turns charmer on “Undercover Lover” alongside Wizkid—who is always a welcome presence.

“Kini” with Niniola may have taken its cue from Sarz’ successful experiment, now sub-genre, that is afro-house on the ever magnetic “Beat of Life (Samba),” with Wizkid no less.

Happy to report that this clever duo have progressed the already-forward vision with “Kini”. The heaving drums they've incorporated make for a distinctly tropical feel, and the underlying sax riff embeds the song in the afrobeats it sprouted from.

“Legendury,” is not as distinct for a house beat but it, along with “BDL (Bend Down Low),” are two songs on which Timaya is featured. His singing on both songs, and elsewhere, is muscular. When he gets going, he's able to straddle a beat, however choppy.

I want to complain that having Timaya on two songs on a nine track EP is overdoing it, but if seen from another angle, this makes perfect sense.

After Sarz’ “Beat of Life” appeared to have brought new life to afropop, Masterkraft was next to match that brilliant 'invention' when he made “Jasi” for Banky W and “Ukwu” for Timaya. Banky W outdid himself when he self-cast as a pervy 'uncle' with a disturbing baritone, and frankly hasn't done much to surpass that since.

Timaya other the other hand has made dancehall, whose hard percussion is no different from that on afro-house, a mainstay in his repertoire.

So it makes total sense to have Timaya tame the wild horses of afro-house on “Legendury” and dancehall on “BDL (Bend Down Low),” both still domesticating in Nigerian pop with unequal success rates.

Perhaps this is what genius is—simply knowing what best fits where—and it becomes clear all through Afropop 101 that the wizards, Legendury Beatz, make brilliant choices at every turn.