First Listen: Making A Million From Grime is Possible for Lethal Bizzle 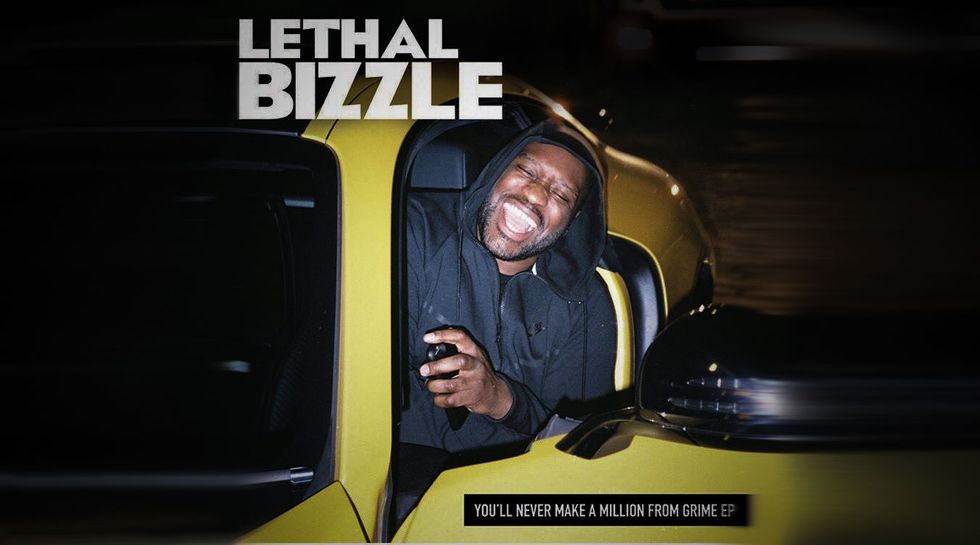 Lethal Bizzle is back with a new EP. Listen here.

Bizzle is clearly on a victory lap having titled his EP You'll Never Make A Mill Off Grime and the first single as “I Win”.

The song is produced by Skepta who also features, and whose verse is a little more focused than Bizzle’s.

“London” is an ode to the city and it works well as one despite taking its cue from Jay Z and Kanye West’s “Niggas In Paris” in the repetitive use of the new coinage “cray” and the swinging beat.

Bizzle’s victory run continues on “Celebrate” telling of his good life while Donae’o presses the point home on the hook, “We don't need an occasion, we celebrate”.

There's a lot more going on on “Million Pound Dream” than on any other song here.

Rather than belch about acquiring millions from a once (financially) barren genre, Bizzle chooses to give comfort to those who might not know that “not much changes, just security/ you don't need a mill to enjoy your life”.

Released in 2015, “Festerskank” is Bizzle’s biggest hit till date peaking at 11 on the UK singles chart. It was made by Diztortion, the Dutch producer, who a year later would make the similar sounding “Wobble”, only to repeat the same ‘feat’ here on “Hold On”.

The 2017 edition features Mostack who references “Festerskank” in a barefaced bar whose little meta-play makes the rehashing less stale that it wouldn't have been.

EP closer “Dear Rich, Thank You” is a song as letter to a friend who for Bizzle “Kick started the legacy” and to whom he’s “forever in debt”—all good intentions that would have benefited from less plainer chorus.

That aside, it is a fitting way a satisfying EP in a stellar year for grime releases. So yes, you will never make a million off grime - except that you can.