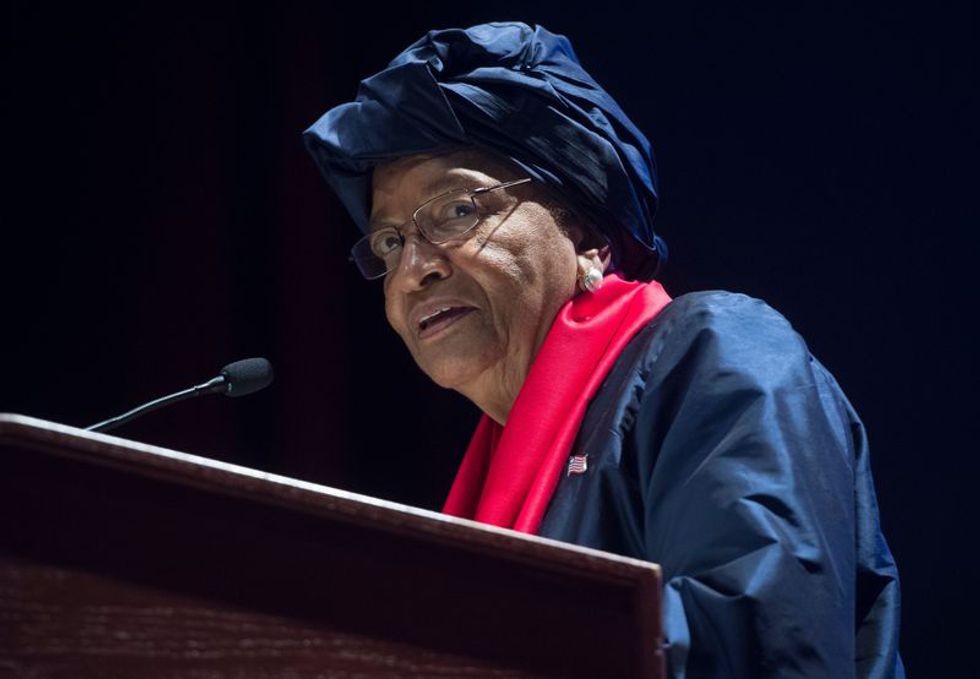 Liberia will elect a new president today, after 12 years under Ellen Johnson Sirleaf.

The head of state, who served two terms in office following the end of the Second Liberian Civil War, encouraged Liberians to vote for the candidate that they believe have their best interests in mind, rather than along ethnic ties. "Your vote is about you and your family - not party, ethnicity," she said in an address to to the nation.

A total of 20 candidates are in the running to succeed her. The election's main contenders are Vice President Joseph Boakai and former football player George Weah, who's running for a third time. Former model and philanthropist, MacDella Cooper—who we spoke with back in August—is also in the running as the only female candidate on the ticket. Former Coca-Cola executive, Alex Cummings is also in the running.

Due to the number of candidates, it's expected that their will be a second round of voting that will take place in November, though preliminary results are expected as early as Wednesday.

Poverty, corruption as well as political and economic stability are the main issues surrounding the election, BBC Africa reports.