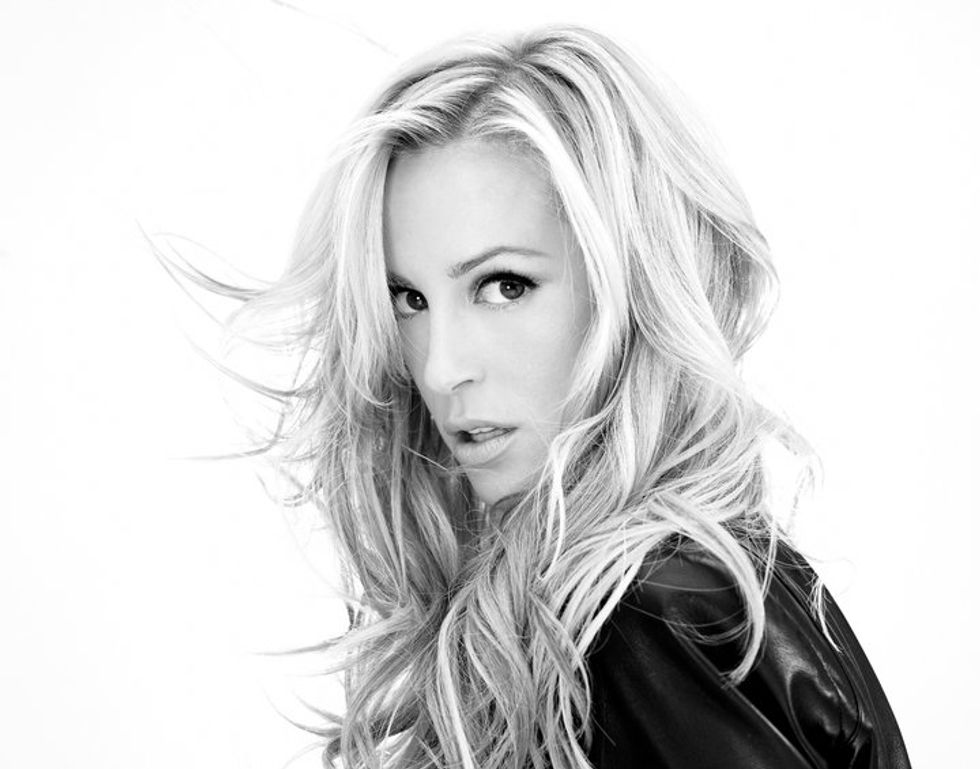 Louise Linton's “How my dream gap year in Africa turned into a nightmare” is the dumbest, most egregious piece of writing on Africa of the 21st century.

On Friday, The Telegraph ran what has to be the dumbest, most egregious piece of writing on Africa of the 21st century. In an article titled “How my dream gap year in Africa turned into a nightmare," Louise Linton, a white Scottish actress and certified delusional person now living in Los Angeles, shares an abridged version of her bafflingly idiotic and certainly fabricated memoir, In Congo's Shadow: One Girl's Perilous Journey to the Heart of Africa.

You better believe there's a Twitterstorm. We'll get to that in a minute. But first, here are some excerpts from the article to give you an idea of what we're dealing with:

“I had come to Africa with hopes of helping some of the world's poorest people. But my gap year had become a living nightmare when I inadvertently found myself caught up in the fringes of the Congolese War."“My innocent dreams of teaching the villagers English or educating them about the world now seemed ridiculously naïve. With a cheery smile, I'd waved goodbye to Dad and jumped on a plane to Africa without researching anything about its tumultuous political history or realising that my destination – Lake Tanganyika - was just miles from war-torn Congo."
“But I soon learned that Africa is rife with hidden danger. I witnessed random acts of violence, contracted malaria and had close encounters with lions, elephants, crocodiles and snakes. As monsoon season came and went, the Hutu-Tutsi conflict in neighbouring Congo began to escalate and then spill over into Zambia with repercussions all along the lake. Thousands of people were displaced and we heard brutal tales of rape and murder."
“During my months in Africa I had become part of the same story that my mother started when she spent time administering medical treatment to the natives of Papua New Guinea as a young woman, but suddenly my story didn't look like it was going to have such a happy ending."
“Now that I'm a grown woman living in California and pursuing a very different dream – as an actress and film producer – I know that the skinny white girl once so incongruous in Africa still lives on inside me. Even in this world where I'm supposed to belong, I still sometimes feel out of place. Whenever that happens, though, I try to remember a smiling gap-toothed child with HIV whose greatest joy was to sit on my lap and drink from a bottle of Coca-Cola. Zimba taught me many beautiful words but the one I like the most is Nsansa. Happiness."

It doesn't stop there. Someone somewhere thought it would be a good idea for Linton to spread her moronic colonialism to 290 full pages of paper. "In Congo's Shadow is the inspiring memoir of an intrepid teenager who abandoned her privileged life in Scotland to travel to Zambia as a gap year student where she found herself inadvertently caught up in the fringe of the Congolese War," reads a synopsis of her book. What's scarier is how positive the reviews were. That is until today, when Zambians caught wind of Linton's nonsense.

“Riddled with so many inaccuracies, geographical mistakes and self promoting accounts This is nothing but several movie plots interspaced with the delusions of a saviour complex. And then I read the author is an actress and director in Hollywood and it all made sense," said Mimi Lungu.

One Zambian reviewer by the name of Kabulonga wrote, “I have lived in Zambia all my life as has my family, we lived through some of Zambia's toughest times during the Zimbabwean independence struggle when camps were being attacked by Rhodesian forces and there were roadblocks everywhere maned by really twitchy Zambian armed forces. At no time ever has there been child soldiers with machetes on these or any roadblocks. Now they are manned by Zambian Police officers who are generally polite but I am no fool and people do get asked for bribes at these roadblocks and some people do pay but the roadblocks are generally not menacing.

Kabulonga continues, “I decided to buy the book and realised it has been written by a deluded naïve girl from a privileged background who has embellished a short stay in Africa and has felt she has to make her story fit a stereotyped idea the west has of Africa. Her real crime is she has tarnished the image of a very friendly people and a country that has a record of looking after refugees from most of it's neighbours right from the time of Independence."

On Twitter, Zambians and non-Zambians alike are calling Linton out for her lies.

“We now have a name for any untrue, harmful stereotype about Africa. It will be known as a LintonLie#LintonLies," tweeted Lydia Ngoma.

“This so called memoir can be summarised as 'Delusions of my savior complex with a hint of drama'," said Twitter user @_LadySith.

“The only thing missing from @LouiseLinton jungle caper was Tarzan swinging to her rescue," tweeted Masuka Mutenda.

Some wondered if the whole thing is a satire (it's not).

“Is this parody? Surely the world has had enough of white people's tales adventurism in #Africa," tweeted Simukai Chigudu.

“White Savior Complex on steroids. It has to be a parody, right?" asked Ryan Kohls.

we now have a name for any untrue, harmful stereotype about Africa. It will be known as a LintonLie#LintonLies
— lydia ngoma (@LydiaNgoma) July 4, 2016

Maybe you thought you'd get away with this because you didn't finish teaching us poor Zambians English. #LintonLieshttps://t.co/G0hPSMNzzU— Mwanakazi (@Phroetiq) July 4, 2016

"I tried not to think what the rebels would do to the skinny white muzungu with long angel hair" #LintonLiespic.twitter.com/QPyCUusE9I
— #EndChildMarriage (@PetraChikasa) July 4, 2016

Dear Louise - @louiseLinton, we are hunting down the lions, elephants, crocodiles and snakes that spared your life. Unacceptable #LintonLies— Muchemwa Sichone (@WriteRevolt) July 4, 2016

She must have drank some funny tea that reacted with her meds & dreamed she was David Livingstone's mistress #LintonLies@LouiseLinton— jkn4short (@jay_nyendwa) July 4, 2016

Is this parody? Surely the world has had enough of white people's tales adventurism in #Africa@LouiseLintonhttps://t.co/uJ725mBlDo
— Simukai Chigudu (@SimuChigudu) July 4, 2016

The story itself made me barf. The fact that it's likely a lie made my cry laughing. Start here for #LintonLieshttps://t.co/Fp5Bndfc7m— Brittany Packnett☔️ (@MsPackyetti) July 4, 2016

OMG, catching up on #LintonLies and I love my people so much. Zambians came for those "angel hair" edges. https://t.co/5sJcfsRtN5
— Ifeoluwa (@Ifeoluwahan) July 4, 2016

Terrifying experiences??? Check your Map mama! Zambia is the most peaceful place in africa, its why we have refugees the region.#LintonLies— #Robbery (@Classic_Greg) July 4, 2016

Ru-eese, did the rebels say how much your Angel Hair would be worth on the market after they scalped you? #LintonLies
— MissBwalya (@missbwalya) July 4, 2016

We'll leave you with this reading of Kenyan writer Binyavanga Wainaina's brilliant How to Write About Africa essay: