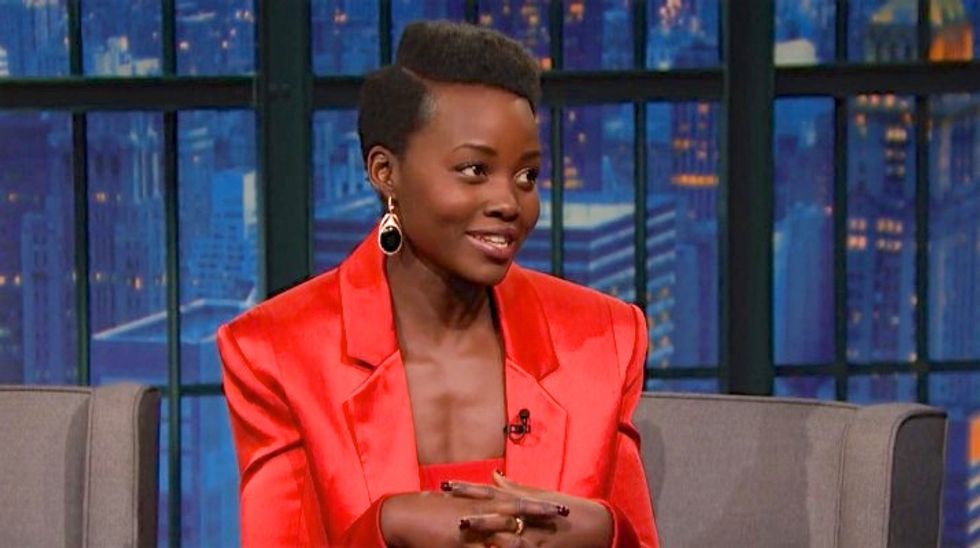 Believe it or not, Lupita Nyong’o was stood up at prom.

The Academy Award winner–looking fly as ever in a red suit–stopped by Late Night With Seth Meyers Monday night to talk starring in Eclipsed on Broadway and the time a date flaked during her high school days in Kenya. As you may recall, Nyong’o mentioned her prom disaster during a conversation with Trevor Noah a few weeks back.

Written by Danai Gurira and directed by South Africa's Liesl Tommy, Eclipsed, which opened last Sunday at the Golden Theatre, tells the story of a group of women during the second Liberian War. Find out how to support the show’s 10,000 Girls Campaign by heading here.

Watch Nyong'o's full Late Night appearance in the videos below.

Talking @eclipsedbway and my dating disaster with @latenightseth tonight at 12:35am on NBC. #checkitout. A photo posted by Lupita Nyong'o (@lupitanyongo) on Mar 14, 2016 at 4:28pm PDT