Lupita Nyong’o Weighs In On #OscarsSoWhite: "What We Ultimately Want Is For A Diversity Of Stories To Be Told" 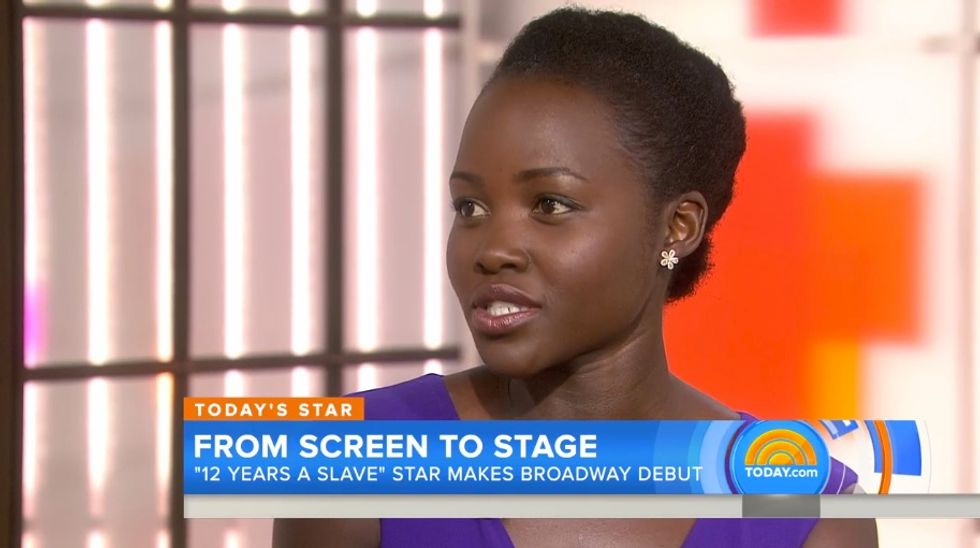 Lupita Nyong’o weighs in on #OscarsSoWhite while discussing 'Eclipsed' on the 'TODAY' show.

Lupita Nyong’o stopped by the TODAY show Wednesday in anticipation of her Broadway debut as “the girl” in the Danai Gurira-penned Liberian civil war drama Eclipsed. “It’s intense, it’s really funny, it’s full of suspense, and it’s very moving,” the Academy Award-winner says of her “passion project,” Eclipsed, which staged late last year at New York’s Public Theater. “It’s exhausting to do every day, but it’s such a joy.”

The Academy Award-winner was also asked to share her thoughts on the current #OscarsSoWhite debate, a topic she first addressed in an Instagram post last month.

“It’s a symptom of something else,” Nyong’o says of the controversy surrounding this year’s Oscars. “I think what we are asking for is really for more stories to be told, for inclusion in the stories that are told. It’s good for all of us when we hear a diverse number of stories and are able to experience more diversity. It’s more reflective of the world we live in. And so, I think that’s what we ultimately want, is for a diversity of stories to be told.”

On whether or not there are roles she wishes would come her way that she hasn’t gotten to see, Nyong’o says she’s lucky to be in a position to push for more diverse projects. “I feel really grateful to be in the position that I find myself where I can use the little weight I have to get stories that I feel are untold or yet to be told made and done,” she says. “With Eclipsed, this was something that I brought to the table because it had moved me in a way that I wanted to perform it and to share it with people. So I feel that’s the role I can play.”

Eclipsed on Broadway opens March 6 at the Golden Theatre. Watch the show's star sit down with TODAY ‘s Savannah Guthrie below. Head here for tickets and theater information.

Thank you @savannahguthrie for talking about my #passionproject @eclipsedbway with me on @todayshow this morning!