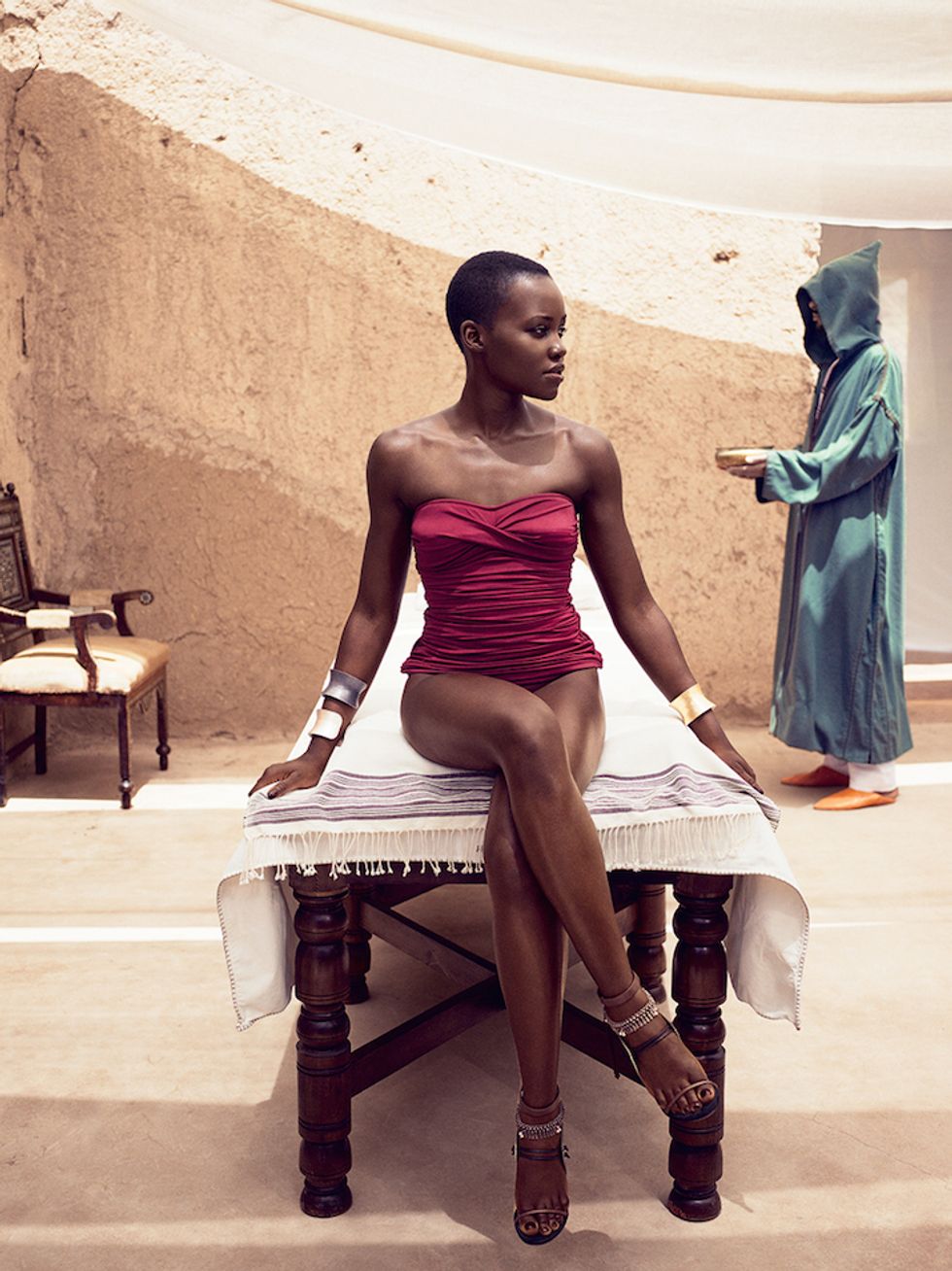 Last week, Kenyan actress Lupita Nyong'o shook the fashion world with the announcement of her Vogue cover for the magazine's July Issue. It's been a great year for the emerging star who mentioned that "It just feels like the entertainment industry exploded into my life. People who seemed so distant all of a sudden were right in front of me and recognizing me — before I recognized them!" Well, since her terrific performance in 12 Years A Slave and her nomination for People magazine's 'Most Beautiful Woman in the World', her name's been on everyone's lips. Nyong'o also recently confirmed that she'll be appearing in Star Wars: Episode VII , the live action version of  The Jungle Book and team up with Brad Pitt's Plan B Productions to produce and star in the film adaptation Chimamanda Adichie's novel Americanah.

Lupita's Vogue editorial was photographed by Mikael Jansson in Marrakech, Morocco — the full styling set up includes pieces from Prada, Givenchy & Jonathan Saunders and Nyong'o appears stunning and confident throughout the shoot. Last week she tweeted "This Summer, I am totally COVERED" alongside an outtake from the Vogue editorial. Lupita will keep blossoming and we can't wait to see her upcoming projects. Scroll through our gallery to view the pictures and if you want to talk about it, tweet @okayafrica with #LupitaNyongo.