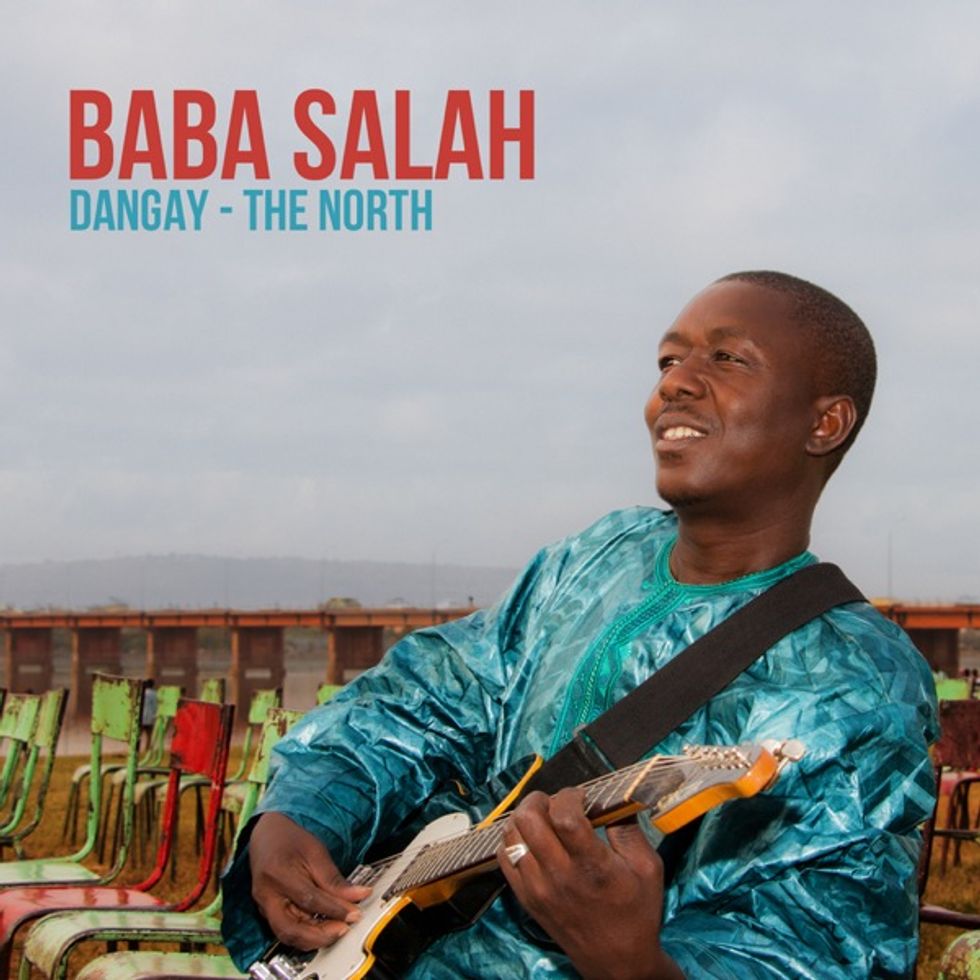 The recent events and political upheaval in Northern Mali have brought with them a worrying stifling of cultural production. While it may be a hard reality to assimilate for most of us, some Malians now face a harsh and widespread prohibition of music (including seemingly trivial cell-phone ringtones). Alongside the destruction of ancient texts and artifacts in Timbuktu, Islamist militants in the West African country have also launched a crusade on a music that acts as a source of cultural and national identity and pride for Malians. In the 1990’s Malian guitarist Ali Farka Touré’s work propelled an uniquely Malian musical blend onto an international stage. In the process, Touré not only provided a precedent for the international appreciation of Malian music but he also established a modern benchmark for great Malian guitar work entrenched in blues-like phrasings. Since Touré’s initial success and untimely passing in 2006 many Malian guitarists have continued to impress.

Babah Salah’s recent releasecomes at an interesting time, with the Northern Malian guitarist has forcefully coupled his music with a political message of self-worth and appreciation. Titling his record Dangay, which literally translates to “the North,” is nothing less than an aggressive statement of self-preservation for Salah and his musical companions. The message is clear and timely despite political and religious opposition, Mali’s lifeblood continues to be its cultural heritage.

Dangay exposes Salah’s sound as rooted in the tradition his predecessor, Touré, forged before him. Aside from the general politics contained within and the specific issues Salah approaches in his lyrics, Dangay’s greatest achievement is a truly well implemented dose of cross-cultural musical sensibility. To be sure, Dangay proudly bears the stamp of its artist’s home country: the almost Middle-Eastern tinge in melody, the busy and densely-layered rhythms and French and Tamashek lyrics are all on prominent display.

The rhythms of Dangay may serve as the biggest obstacle to Western ears used to drums providing the backdrop for a song — here, as well as in many other African traditions, Salah’s lead guitar voice fits within instead of on top of the simultaneous rhythms. Generally the tracks feature an upbeat and driving percussion section with plenty of pleasantly unexpected breaks and stops. Ultimately, Salah and his band maintain a tightness and cohesion that will surely facilitate foreign exposure; still, Salah’s singing and incessant guitar riffing are placed front and center throughout. While the guitar-playing here is not necessarily groundbreaking in its execution, Salah proves himself a master of melodic code-switching: at one moment his guitar puts out sounds that border on sitar-like timbre and phrasing and in the next it wails and weaves with a thoroughly Western influence.

“Zankay,” a song dedicated to the hardships faced by Malian youth, opens up with and is carried by a guitar riff that would be at home in many American rock bands. The song, owing to its subject matter, is one of the more downtrodden in the album but is certainly a standout. Other tracks, like “Ay Derey,” feature a Malian funk sensibility that needs no translation. While the entire album hinges on traded sounds, Salah manages to not sound forced in his international debut. Although it is hard to divorce Dangay from its political message and context — after all, it's an album praising Malian unity and solidarity in a time when many of the country’s citizens are forbidden from listening to such music. Dangay is available now.