Malick Sidibé’s Work Will Live On After Death 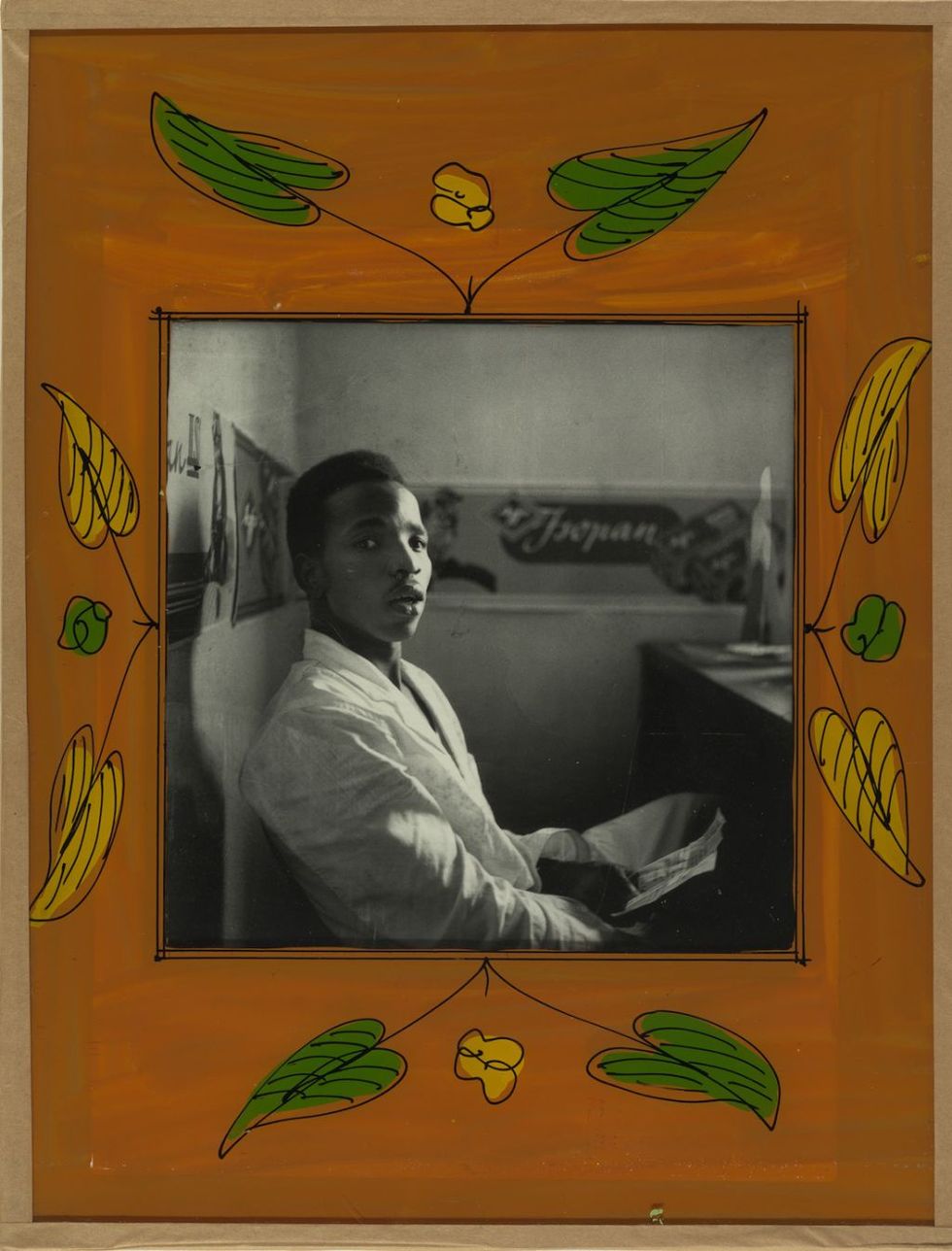 The iconic Malian photographer passed away this week. We look back at Malick Sidibé’s career.

Malick Sidibé self-portrait, 1956, on view at The Metropolitan Museum of Art

It’s hard to grasp the impact Malick Sidibé’s work has had on our globalized visual culture. The legendary Malian photographer passed away this week in Bamako but his legacy is everywhere from the biggest fashion publications and music videos to the hundreds, if not thousands, of humble West African photo studios working in the portrait style that he helped pioneer.

Beginning in the late 50s, shortly before Malian independence, Sidibé took his camera to parties capturing young Malians as they celebrated life. The energy and beauty captured in these photos are as striking today as when they were taken.

Sidibé later focused his energy on his photo studio where he worked within the Malian studio photography-style to create the now iconic portraits that has made him internationally famous.

Later in life, this studio became a pilgrimage site for photographers and photo-enthusiasts from around the world. In 2010 he told The Guardian:

The studio was like no other. It was... relaxed. I did formal family shots, too, but often it was like a party. People would drop by, stay, eat. I slept in the developing room. They'd pose on their Vespas, show off their new hats and trousers and jewels and sunglasses. Looking beautiful was everything. Everyone had to have the latest Paris style. We had never really worn socks, and suddenly people were so proud of theirs, straight from Saint Germain des Près! It was, a fantastic period. Unique.

We will be posting memories of Sidibé all next week from artists and photographers who have been influenced by him and who knew him.

For now, I’ll leave you one of my own:

Long before I knew anything about the portrait style that Sidibé pioneered, I was a North American teen completely infatuated with Janet Jackson’s video for "Got ‘Til it’s Gone." The video's references to South Africa's Drum Magazine alongside West African portraiture, and Sidibé’s work in particular, were arresting without any context at all and are just as impressive years later. It’s worth a watch.

More recently the French-Malian pop star star Inna Modja’s 2015 video for "Tombouctou" takes it one step further. This family friend of Sidibé shot her video in his studio in his visual style. It’s a stunning clip and a phenomenal song to boot.

Sidibé’s star is as strong today as it ever was. Earlier this week, Okayafrica contributor Tinashe TK reviewed the Sidibé show on now at the Jack Shainman Gallery in New York. He said about the work:

The strength of Sidibé’s images emanates not so much in the craftsmanship or technique he employs, but rather in the sincere directness with which the subjects meet the gaze of the camera. When you are looking at them looking back at you, it is almost as if they are daring you.

In a 2009 interview on the photo blog American Suburb X, Sidibe described what it was like during his early days.

In the 1960s, girls would sneak out of their houses to go dance. They would put something in their father’s glass of water so he would sleep and not notice when they left the house. Mothers were always the girls’ accomplices, and they were the ones who opened the door for them when they came home in the morning.

He also talked about his renown among Malians

Something curious and extraordinary is that now all of Mali knows my studio. Children, who normally call grown men tonton or “dad,” call me by my name, because names are the most important thing for artists. There are also women from the countryside who have named their own children Malick, and that fills me with pride.

We will be sharing more memories of the great photographer in the next few days. If you want to share your own memories please get in touch via submissions at okayafrica dot com.