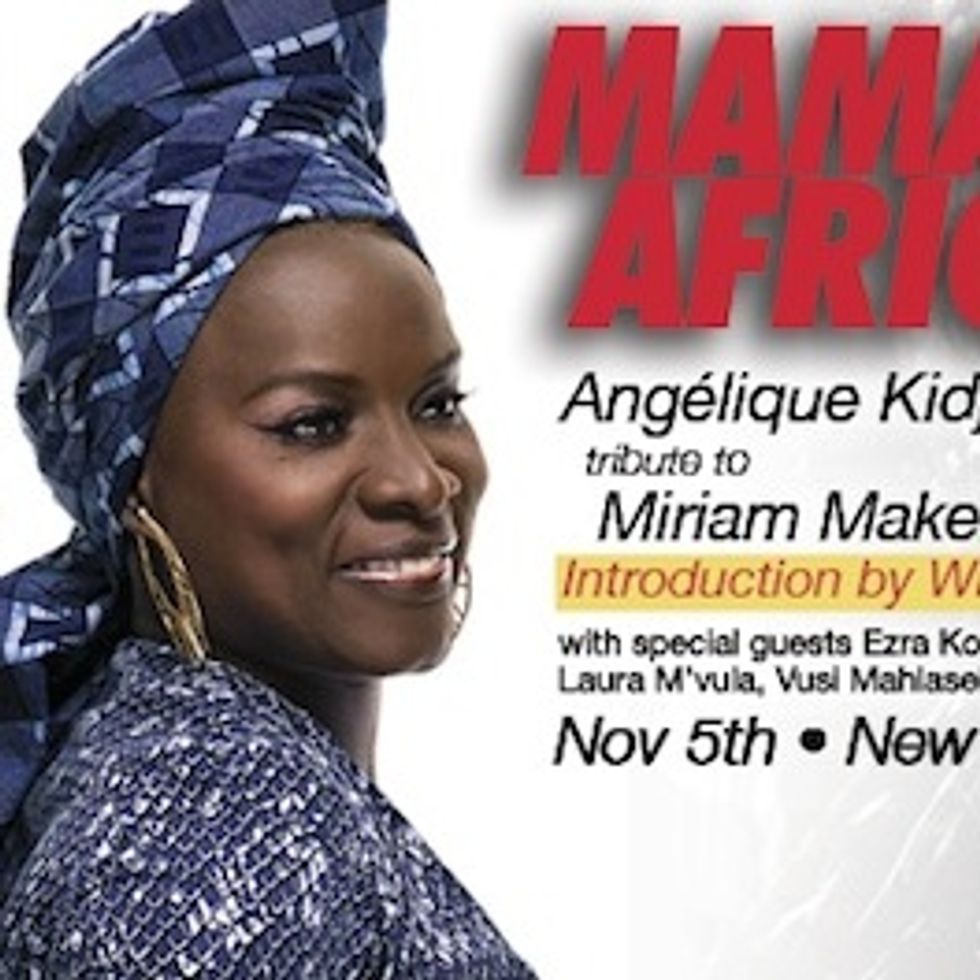 Okayafrica is proud to support Angélique Kidjo's Mama Africa, a live tribute to the legendary Miriam Makeba at New York City's Carnegie Hall. "I have noticed lately that Miriam's music is not as well known as I thought it was," Kidjo explained to us, "even though she had changed my continent and the way African women are being perceived. Her music is also so powerful, like Fela’s music is. She was my role model since I was 10-years-old in Benin and I knew all of her songs by heart. Her activism was so courageous and has always inspired me."

"In the horrible climate in which we are living in these days because the Ebola crisis, at a time where prejudice against African people is rising again," Kidjo writes, "I would like this concert to be a symbol of unity and I would love to celebrate something the media definitively don’t want to hear: the beauty and richness of our culture. Miriam’s music embodies this."

We're giving away a pair of tickets to the concert, plus a copy of Kidjo's new autobiography Spirit Rising: My Life My Music. Enter your information below or head here for a chance to win! Tickets are available for purchase now.

>>>Enter to win a pair of tickets to Angélique Kidjo's 'Mama Africa' + a copy of Kidjo's new autobiography, Spirit Rising: My Life My Music