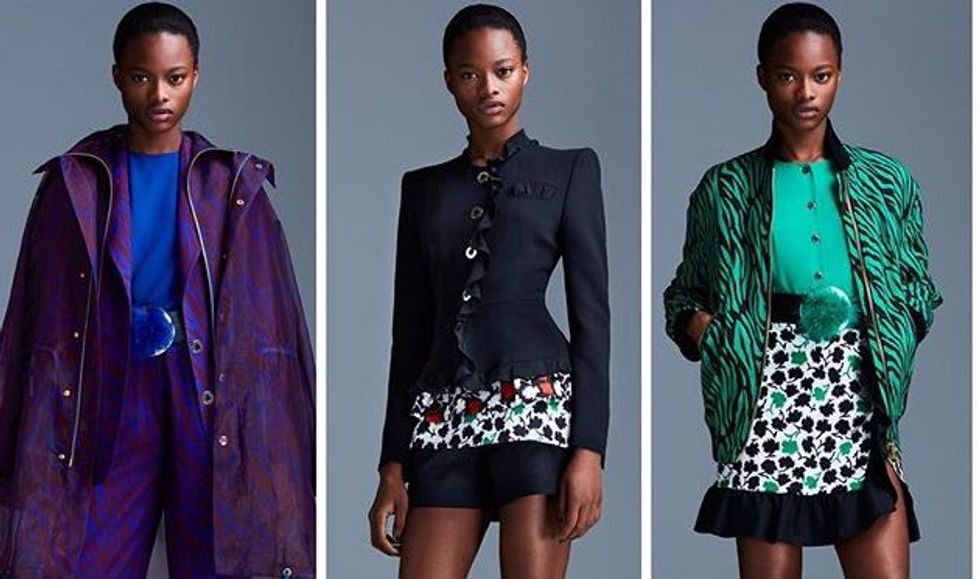 Nicholas is currently signed to Elite Paris and Milan as well as parent agency BETH in Nigeria.

Mayowa Nicholas has been slaying runways and fashion ever since modeling scouts spotted her on the way to a saloon in 2014.

Since her discovery at 16-years-old, Nicholas, the oldest of three children born to Nigerian parents in Lagos state, has come a hell of a long way. She has become the first Nigerian model featured in Dolce & Gabbana’s campaign, appearing in the luxury Italian fashion house’s Fall/Winter 2016 editorial shot in Italy.

Nicholas, who is currently signed to Elite Paris and Milan as well as parent agency BETH in Nigeria, shared the photo evidence on her Instagram last week.

And the stunning model is Nigerian designer Lisa Folawiyo’s latest muse. Six weeks ago, the duo teamed up with Nigerian-born photographer Lakin Ogunbanwo, and Nicholas shared a sneak peek of what’s in store.

In May, Harper’s Bazaar describes the modeling newcomer as making an “unforgettable mark at the autumn/winter 2016 shows, with her poise, pillowy lips and perfect runway physique charming casting directors, designers and fashion denizens alike.”

A double-threat with brains and good looks, Nicholas tells Harper’s Bazaar if she weren’t modeling, “I would be in college studying financial accounting to become a chartered accountant. I still plan on going back to college to study that course, because I love anything that has to do with calculations.”

Since winning Elite Model Look in Nigeria in 2014, which earned Nicholas a spot on the shortlist at the world finals in Schenzen, China there’s has been no stopping the biggest globally recognized model out of Nigeria since fashion icon and personality Oluchi Onweagba.

If you’re not a believer yet, add this to the mounting pile of proof that #BlackGirlMagic is 100 percent real. Slay black girl, slay.

DIOR CRUISE? Thank you so much @dior @bitton @carinbackoff for believing in me and for having me in this beautiful show for the second time ? @peterphilipsmakeup @guidopalau

You can view more pictures from the Dolce & Gabbana campaign here.