Me Too: Why I'm Making a Film About Sexual Abuse 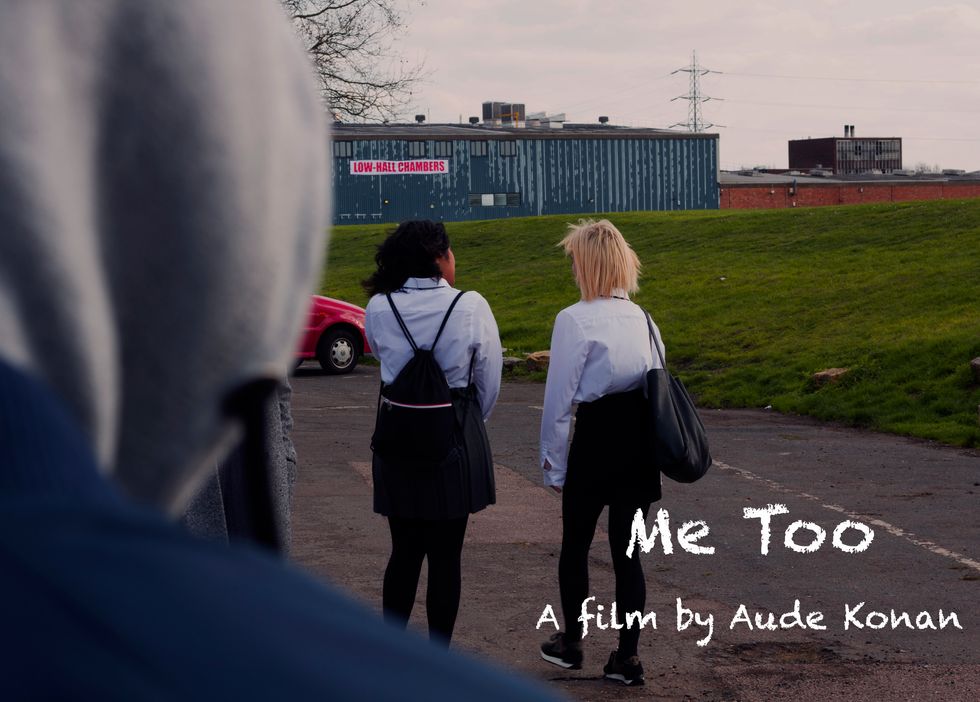 This film is about those moments that change things forever

Back then I was already used to street harassment. 2 years earlier, as I was walking home with my mom, a man had stopped me to ask me out. He didn't seem to mind that I was only 12.

I was told that I should cover up. That it was my fault for wearing grown up clothes, for having a grown up body at a young age.

There is something incredibly heartbreaking about being in a situation where you're the prey of much older men and none of the adults around are even trying to help. It's scary. It makes you feel helpless. This event shaped the way my body is seen in public and private spaces: an object of lust and fetish, an object that doesn't belong to me but is for all to grab.

The events my friends and I were going through back in middle school are still, unfortunately, relevant today. And it's necessary to tell them. Years later, this behaviour from men didn't stop. I naively thought that getting older would cause them to, maybe, respect me more. But between the one who tried to kidnap me in broad daylight in the metro because he found me pretty, the one who stalked me at work and got my contact details from my colleagues, the one who tried to touch me because "black women are more sexual anyway"—it didn't stop.

I used to believe I was the only one these things would happen to. That I was unlucky. Or wearing the wrong clothes. But talking to other people made me realize they're was nothing wrong with me, or with them. The shame shouldn't be our burden to carry.

Sexual abuse is brutal and cruel. It happens to ordinary people, to everyone. The victims don't have to be good or innocent people. Innocence doesn't protect children from it.

And, unfortunately, the effects last much longer than the actual abuse. But no one really talks about it. We either see the victims kill themselves, or get their revenge, or need the help of a saviour. And what is happening afterwards? Too often, we never see the true consequences. The aftermath. The trauma. How it continues to impact people's lives for a very long time afterwards.

When sexual assault is shown on screen, it is too often with a twisted voyeuristic compliance. In films, rape scenes are always incredibly violent as if, in order to be real, sexual assault has to be. But it only serves to shock the audience as if they can't relate to what the victims go through unless they see it. And happens to the victims afterwards? We seldom see it.

In life, they are moments after which there is no way things can go back to the way they were before.

This aftermath is something I want to depict in my new movie, "Me Too" because it seems like no one cares but the victims. And that's why I am making this movie, because something so important, so serious should be handled in a better way. I want the audience to face the ugly truth, the terrible things that are happening to these young girls who are just starting to learn more about their sexuality and are already so heavily sexualised.

In life, they are moments after which there is no way things can go back to the way they were before. "Me Too" depicts one of them. It's like being on the verge of a cliff, and trying to cling on to anything to stop the fall. But sometimes falling is the only option. Sexual abuse means for many victims and especially my main characters, having to deal with the loss of the kid they used to be, and accepting the person they need to become in order to survive.

They have to learn to accept what has happened to them, how it has shaped them, and how it has changed everything in their lives. Women from so many different countries have literally been through the same issues. Together we stand stronger. That's why I am making this movie. To give our stories a proper representation. To tell survivors that we support them.

Aude Konan is a writer, journalist, novelist and playwright. Her first children's novel "Ma Petite Soeur" has been released in 2014. Her work has been published for The Guardian, Complex Magazine, Media Diversified, Londonist, Amina, and more. As a playwright she has worked with the the Royal Court, Talawa, Soho Theatre and more. She has launched a crowdfunding campaign for her film Me Too and part of the donations will be given to a charity.

For more info and to support the movie click here.