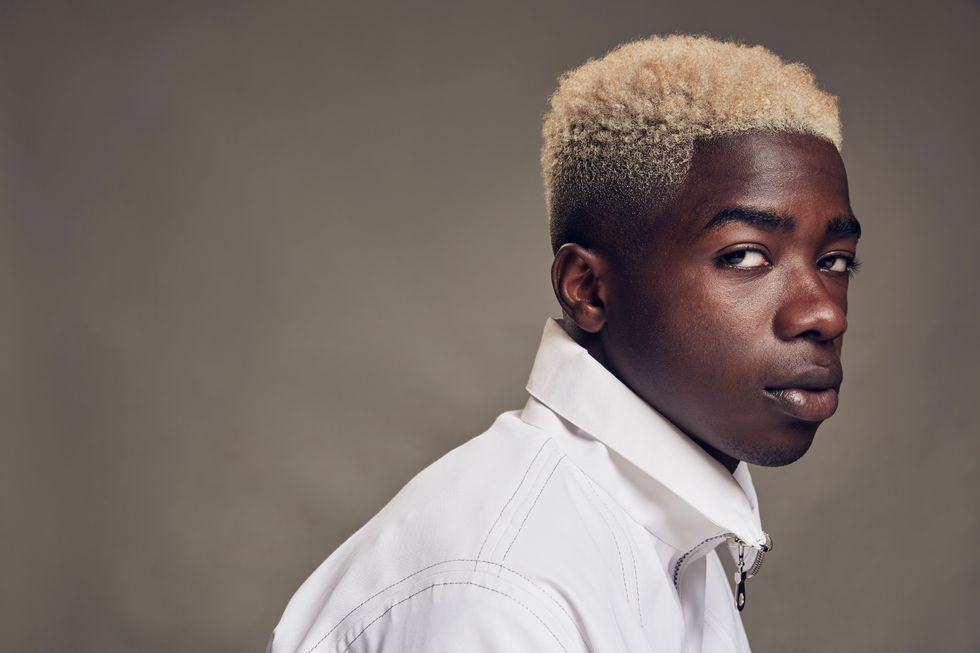 We talk to MHD about his sophomore album and what it's like to be such a prominent figure in both France and Africa's music scenes.

Mohamed Sylla, better known as MHD, 24, is the French phenomenon taking his sound inspired by a love of afrobeats, hip-hop, and trap around the world.

His most recent album, 19, has gone gold and introduced a side to the artist unknown to his loyal fans. The album's strength lies in it being an open letter to the fans that have been with him over the course of the past few years. It's the story of a life pre and post fame.

We got to speak to MHD last month. Although he's notorious for non-stop touring and just sold out London's O2 arena, it was a calm moment before the storm that was to come. He's already on another multi-country tour, as we speak.

OkayAfrica: It's been a month since the album came out, how's the reception been? Are you happy with it?

MHD: We are happy about the returns of the album. This wasn't the same project as the first album. It was totally different. It was more profound in regards to the writing. For me, it was important to see how my fans would respond to this project. Honestly, we were surprised by the response.

"XIX" is such an awe-inspiring and beautiful song... What videos can we expect next from the project?

There's already "Bella" with Wizkid. There was "Bravo," which came long before we announced the album was coming out. Without a doubt, up next there's "Bébé" with Dadju. There's probably "Rouler," and we are going to see what else after those two.

You cover a lot of themes on 19. What are your favorite three lines from the album and why?

I'll probably take them all from the song "XIX" because I really talk about myself, myself being Mohamed not MHD. Phrases like, "Jeune demoiselle connaît pas Mohamed, elle veut MHD" (Young lady does not know Mohamed, she wants MHD), also "J'ai perdu mon souffle, mais j'ai pas fini la course," (I lost my breath, but I did not finish the race) and "Un œil sur le compte à rebours, mais quand ça va finir? Si la vie m'emporte, aucun regret, j'y ai pris plaisir."(One eye on the countdown, but when will it finish? If life carries me away, no regrets, I enjoyed it.)

Throughout the album, you allude to this being your last. You've responded, "We'll see," in every interview you've given. So I ask again, is this your last album?

(Laughs) We'll see. I don't know yet; the album just came out, we will do everything we can to defend it and afterwards, we'll see.

A lot of your album touches on growing up in the 19th arrondissement. Can you describe your childhood there?

The 19th arrondissement is the place I grew up and did the majority of my schooling. My family and friends lived there. Everything took place there. Most things were in proximity to me; we played soccer and watched movies. It was our base. When I started making music with the collective, 19 Réseaux, it was there. We are really attached to it.

When we last spoke, you touched on wanting Afro Trap to grow and evolve and for someone to take your spot. It's one year later, where would you say Afro Trap is now?

There are a lot of artists that have joined the genre and not just in France. Right now, there's a Bulgarian artist who made an Afro Trap song called "Mbappé" accompanied by afrobeat instrumentals. That was the mission, to push people to make Afro Trap. Things like that prove that Afro Trap has really picked up and has been heard everywhere.

Who are some new musicians out of Afro-France we should tune in to?

It depends on the songs. There are some songs inspired by afrobeats and others who are on other lists. Most songs are definitely influenced by afrobeats when it comes to the instruments they use and the flow.

What American artists are you tuning in to?

It's hard because I'm not too engrossed in US rap. I listen more to afrobeats. The last song I heard was an XXXTentacion song called "I don't even speak spanish lol."

You've seamlessly collaborated with so many great artists. Who are you eyeing next?

The ideas for that will come later. Right now, I don't have anyone I'm thinking of. It will depend on the themes I choose.

I heard you're working on a movie, can you tell me more about this?

I filmed in April and May. I had the lead role in a movie called Mon Frère by Julien Abraham. I decided it would be a great idea to try my hand at acting. It's meant to come out in early 2019. It's the story of a youth who works hard at school but finds himself in a realm of an existence that isn't his.

You've already accomplished so much. What other milestones are you looking to touch?

Right now, we want to fill Paris' Bercy. It has about 18,000 spots, I think. We're going to do another US tour and hopefully a second Coachella run.

I would imagine a lot of people have painted an image of you or think they've figured you out. Who would you say is Mohamed? MHD?

Switching gears... When your career started, you were very careful not to involve yourself in taking political or social stances. Earlier this month, you denounced the violent arrest of your brother outside your apartment. What do you make of police brutality and racism in France?

What transpired happens often in France and I tried to use my platform to shed a light on what is going on. I look forward to seeing a change.

You have your own label, Nenso Music, started in March, where you've signed the artist, Topas. Have you thought of creating other structures to assist African artists?

Dealing with just one artist is tough. I am currently helping Topas. We are working on his album and supporting him in every way we can. When that is done, we will see what comes next and how we can help other artists, not just African ones. We want to help artists from all over the world who are motivated and who are extremely passionate about music and who have solid concepts.

A few years ago, in France, seeing artists with urban or African sounds at the top of the charts was rare. Today, that is no longer the case. What changed, according to you?

The generation changed. Urban music is the music most listened to in France. The youth consume a lot of this music. It's also due to social media. We can share music on snapchat, Instagram, etc. and since the youth are heavily connected to social media, music travels fast from ear to ear.

Do you think you've participated in the change in perception of African music?

Yes, we contribute. We've attempt to shed light on African music with our music videos and our songs. I think I've done a great job of shedding light on this music. When I watch concerts by Fally Ipupa, Wizkid and Davido, I garner the same energy at my concerts. I think there's an ensemble of artists that have participated in this change.

Do you think the new generation of African artists is more proud of their origins than the one that came before it?

I think they were just as prideful. I think everyone is prideful. I am proud to present African music in Sweden or in Denmark. We wear our flags with immense pride. We're going to do whatever we can to continue to promote African music.

In Francophone Africa, there's a burgeoning scene of urban artists. Have you ever thought of collaborating with Kiff No Beats from Ivory Coast or Tenor from Cameroon?

Yes, I'm already in talks with several artists. It's a matter of planning and being able to meet and talk. Before making a song, it's important to vibe with the person. I actually know Kiff No Beats very well. I've collaborated with them on a compilation called Afro Trap. The compilation was comprised of a bunch of these artists, notably Kiff No Beats and DJ Arafat. I can definitely see it happening in the near future.

Is there an African country you've visited where you see yourself living and why?

For the next album, the one "we'll see" about, do you think you'll try new things in terms of sound?

It's definitely a challenge we're up for. On 19, there's a song called "Le Temps" that we did with Orelsan that's a fusion of two different universes. When you listen to the instrumental, there's a bit of everything; there's electro, there's Afro. The instrumental was made by several beatmakers: Stromae, DSK on the Beat and Dany Synthé. We're definitely going to keep doing things like that musically.