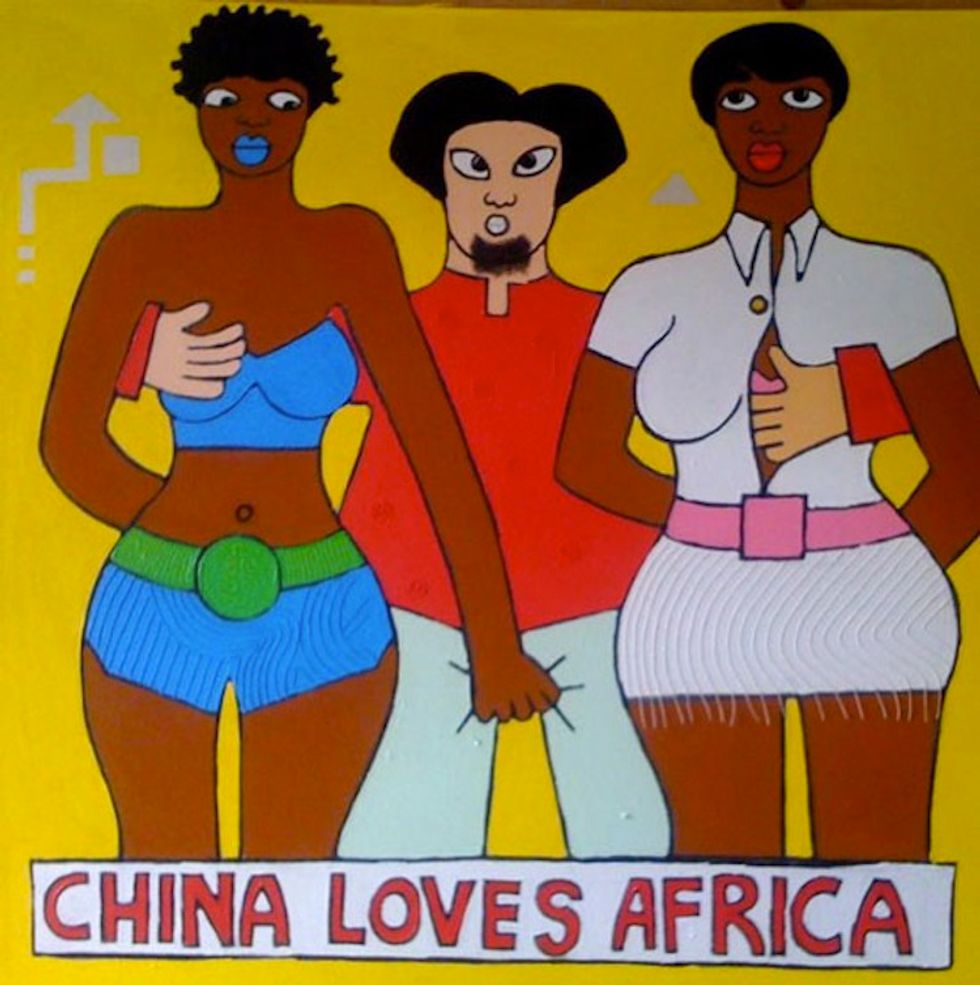 A member of Kenya's "Second Generation" of artists, Michael Soi has been known to speak his mind on canvas, particularly on issues relevant to Nairobi. Soi's latest magnifying glass points to Sino-African relations in his China Loves Africa collection. In this series of paintings created throughout 2012-13, Soi responds to what he perceives as a "type of economic re-colonisation." Speaking to Africa News, Soi shed on the irony behind his warm-hearted title in that "China wants to be seen as a great friend to Africa," though the series is intended more as "an interrogation into the intentions of China in Africa.” Soi plans to take on Nairobi's sex industry next in an upcoming series. Until then, browse Soi's satirical take on what he refers to as "Africa's sugar daddy." For more art from Michael Soi head over here.