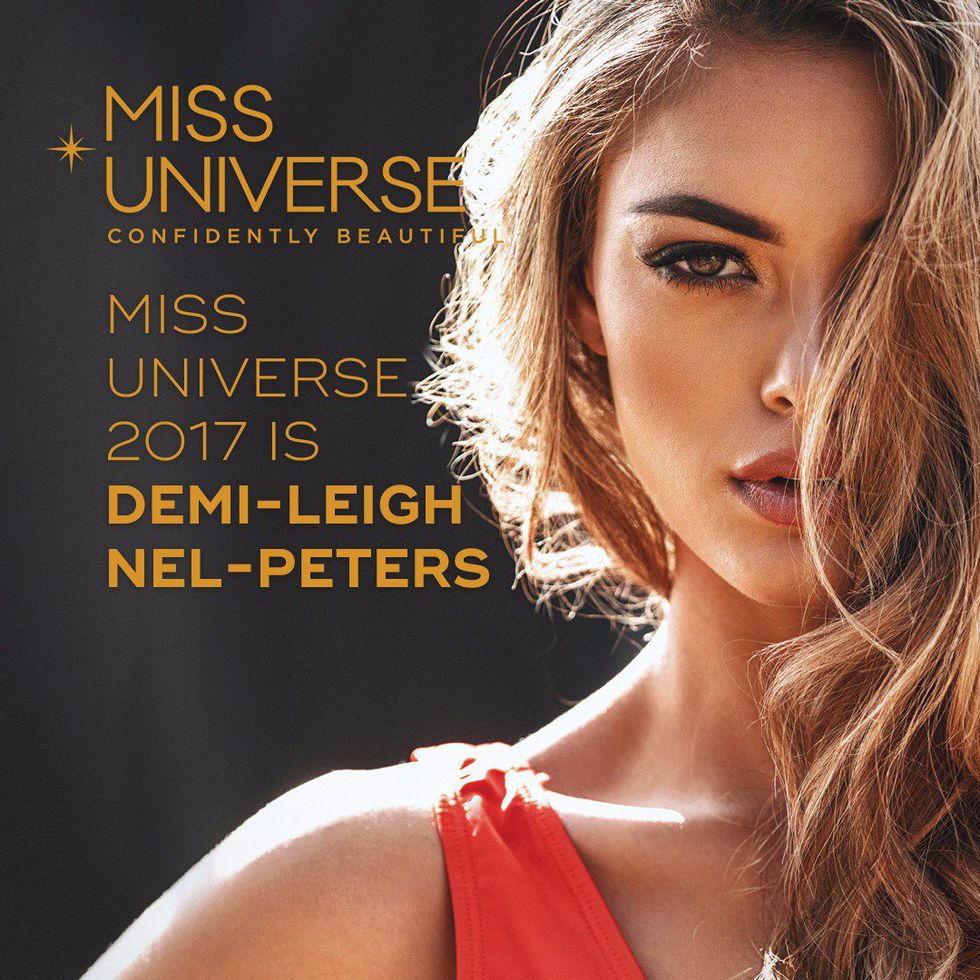 This makes her the second South African to ever win the pageant.

South Africa's Demi-Leigh Nel-Peters got crowned Miss Universe on Sunday in Las Vegas. At least Steve Harvey didn't make a mix up this time around.

Nel-Peters, who is from the Western Cape province, is a business management graduate from the North-West University.

Miss Colombia, Laura González was the first runner-up, while Miss Jamaica, Davina Bennett was the second.

The 22-year-old Nel-Peters is the second South African to win the pageant, since Margaret Gardiner won it in 1987.

While a majority of South Africans were showering Nel-Peters with praises and congratulating her after her win, some, including highly opinionated South African poet Ntsiki Mazwai, think Miss Jamaica should have won.

"I hate taking something I know belongs to someone else... The Miss Universe title belongs to Jamaica. Kahle nje," Mazwai tweeted, kicking off one of her infamous rants. "I have outgrown yellow bones being considered beautiful. I have outgrown looking white being called beauty. I'm over it."

I have outgrown yellow bones being considered beautiful. ...i have outgrown looking white being called beauty.....im over it 💅
— #DoneToMe NtsikiMazwai (@ntsikimazwai) 27 November 2017

If Miss S.A. was black she was not going to win that Miss Universe
— The Instigator (@AmBlujay) 27 November 2017