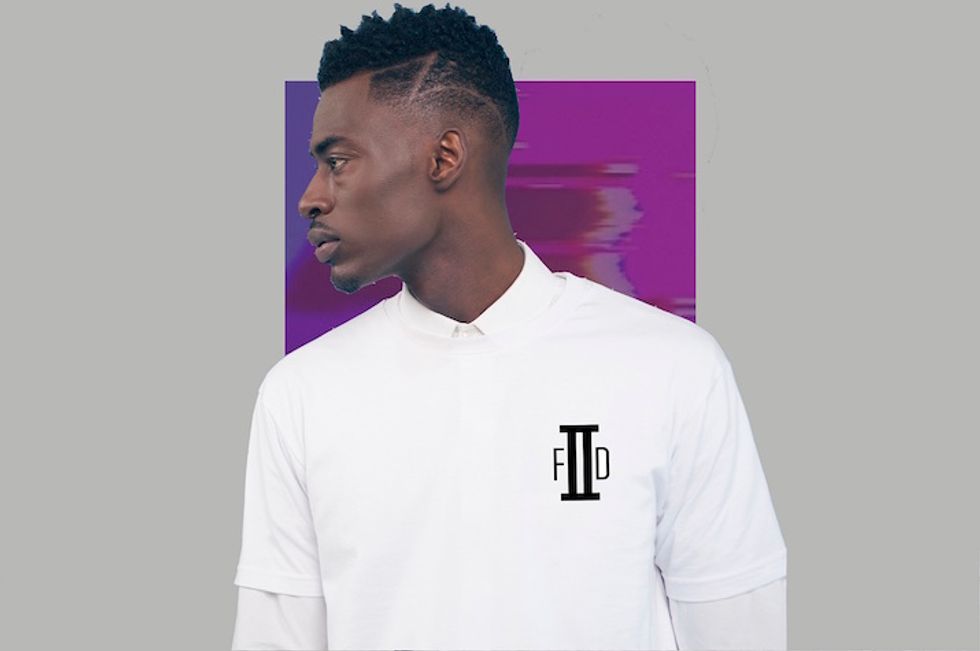 We talk to Ghanaian-British MC Mista Silva about his Kojey Radical-directed video for "B.A.D (Best Achieving Don)" and 'Afri-don' style.

Okayafrica: Tell us about your Ghanaian background.

Mista Silva: I'm a British Ghanaian, meaning I was born in the UK but my father and mother come from the eastern region of Ghana, Akyem Oda, I also have alot of family in Tema..

OKA: Is there a strong Ghanaian, or West African, community in London?

MS: There is a very strong Ghanaian,or I should say West African community in London.. a good mixture of British born West Africans that feel strongly connected with their roots, and equally proud to be British. I guess this maybe one of the reasons the Afrobeats sound is so loud in the UK.

OKA: We hear the dancehall inspiration. What would you say are the Ghanaian and West African influences on "B.A.D. (Best Achieving Don)" and on your music in general?

MS: West African influences on "B.A.D" come within the verses taking inspiration from the language of Ghanaian and West African youth, broken English. By now you should know I really just enjoy blending cultures together in an African way.

OKA: How would you describe your style?

OKA: What other artists or genres have influenced your sound?

MS: I've taken influence from various, sounds some include hiplife & high, these include artist like TicTac & Kojo Ntwi. Also hip-hop music, house music & grime, I like to listen to artist like African Brothers Intl, Drake, Fela Kuti, Rob, Skepta, Castro & draw inspiration from the way they create music, & try be as creative as possible but still have the African touch.

OKA: Tell us about the music video. How did the concept for the video come about? How'd you link up with Kojey Radical for it?

MS: My management team includes my older brother, he's quite a connected musician so he put me and Kojey in the room together. Me and Kojey have the same family name so I guess it's natural we hit it off. Kojey is very creative, I like that! You can give him a camera and tell him to shoot an ant and he'll make it look good. Ultimately we wanted to show quality filming techniques as a means of demonstrating on a basic level how us the new generation of Africans present our progressive story. We felt it appropriate that we create a fashion lead piece that juxtapositions the environment we've grown up in with a feel good, yet gritty Afro track like "B.A.D."