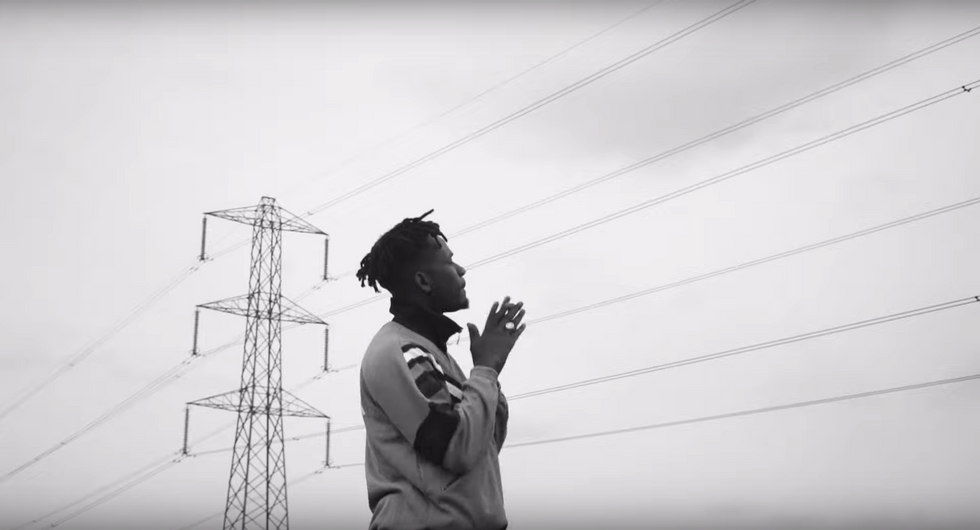 The artist is in a reflective mood on his latest offering, produced by Guilty Beatz.

Me Eazi links up with Guilty Beatz once again, for the expressive new track "Thank You (Freestyle)."

As you might have guessed from the title, the track sees the artist giving thanks for his health, his accomplishments and for the lives of his friends and family. "Ain't nobody here wey sabi my story! E be only baba God i go give the Glory," he sings on the 2-and-a-half minute freestyle.

The artist released the song with an accompanying "Vibes Video" which features striking black-and-white images of horses as the artist chills on a ranch, interspersed with footage of the artist commanding large crowds at various shows. The video is directed by Alexx Adjei.

This is Mr Eazi and Guilty Beatz second recent collaboration, as the artists teamed up for the dance track "Freedom" just last week. In May, Mr Eazi dropped the 3-Part "Zanku Leg Riddim" along with star Nigerian producer Legendury Beatz. The project also features Nigerian artists Mr Real and Zlatan.

In April, Mr Eazi represented for the continent when he made his memorable debut at the Coachella Music Festival. He also recently launched his hybrid charity and investment program emPawa. OkayAfrica spoke with the artist about the endeavor, back in March. With the success he's seen this year alone, the artists has a lot to be thankful about.

Watch "Thank You (Freestyle)" down below.