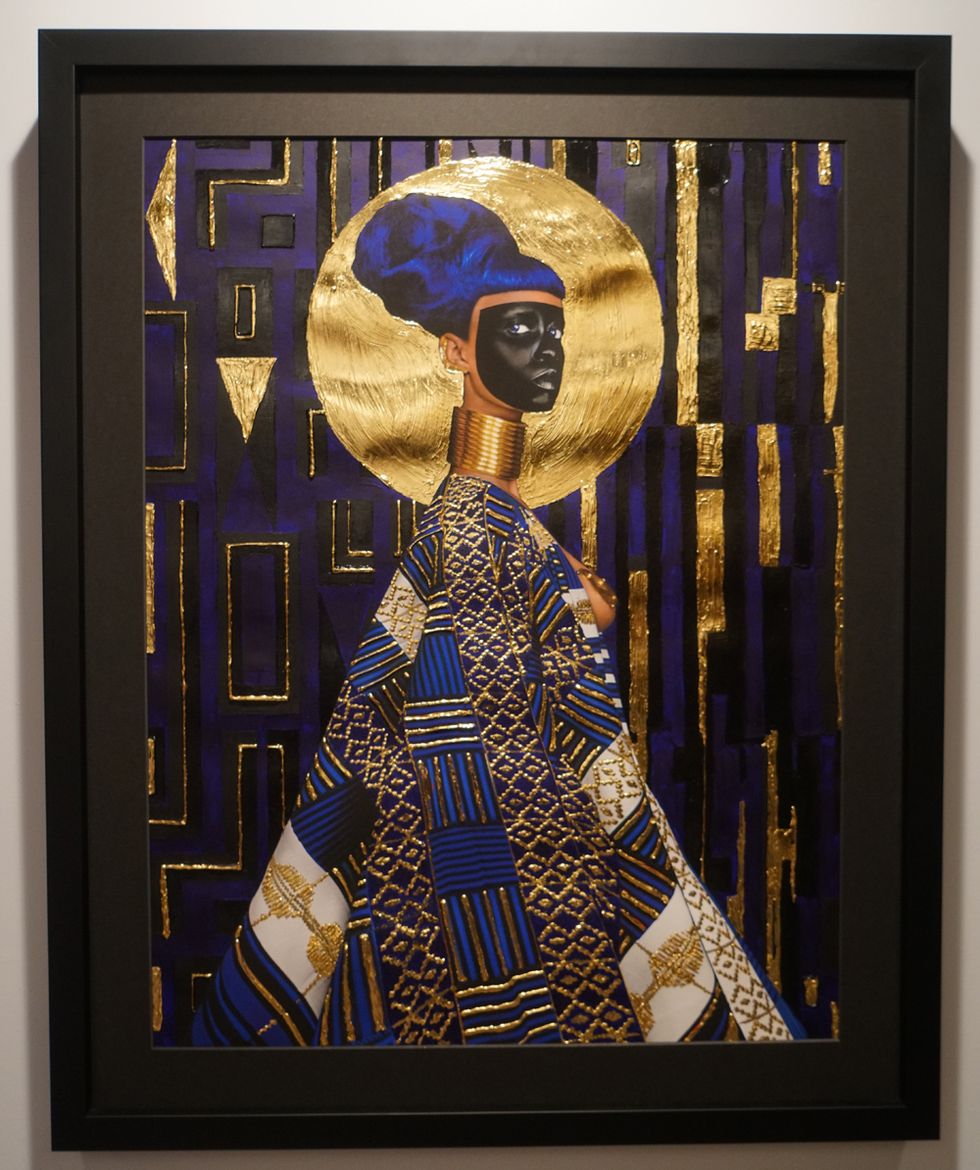 It’s a Wednesday night at the Kings Theatre in Flatbush, Brooklyn. In the legendary venue’s majestic lobby are artworks by top diaspora artists. Haiti is particularly represented. Dancers––inspired by Fela Kuti’s queens––suddenly appear.

The occasion is the opening of Ms. Lauryn Hill’s Diaspora Calling! art exhibition curated by Hill in conjunction with her Friday night concert at Kings Theatre. Originally billed as a solo show, a surprise announcement late on Wednesday revealed the sold-out event was actually a one-night-only music festival. The concert would feature performances by some of the biggest stars from Africa and the Caribbean, including Stephen Marley and Machel Montano, as well as Ghana’s Stonebwoy, E.L, Jojo Abot and Nigerian artists Mr. Eazi and Wondaboy.

“Diaspora Calling! is a collection of works intended to celebrate the rich tapestry of artists from the African Diaspora while also illumining persistent and irrepressible themes,” Hill explains. “Even if we work independently, we are a resounding collective voice, both reconciling and embracing our relationship to history, our origins, our future and to ourselves.”

As part of the event series, Hill curated a special exhibition of artworks, with a specific emphasis on Haitian artists, in collaboration with MoCADA, Nader Haitian Art and The Haiti Cultural Exchange.

For Nadine Renazile, an abstract and mixed media painter born in Port-au-Prince and based in New York City, the series offers a platform to show the world the true essence of Haitian art. “Usually when you think about Haitian art, people think it’s naive and primitive,” Renazile tells us. “It was never that naive, and never that primitive, frankly. It discounts the work that some of us are coming in with.” The artwork she’s standing in front of, Goudougoudou, is part of a series of paintings inspired by catastrophe and the devastating 2010 Haitian earthquake.

“I’ve been in this country [the U.S.] for over forty years, although I’m deeply Haitian, but I also have this sensibility that I bring into my paintings,” says Renazile. “Sometimes people tend to discount that. Your experiences.”

Sam Vernon, a Black American installation artist, created a piece for the occasion. “I’m working with a language about black and white, and how it’s not as simple as it looks,” Vernon tells us of how her work relates to the diaspora. At Diaspora Calling!, she was inspired to join the conversation around Haitian artists. “I wanted to think of a figure that could pay homage to some of the characters that I’ve read about, specifically in Edwidge Danticat’s work,” she says of her Kings Theatre installation.

Yashua Klos, an African American fine artist from the southside of Chicago, says he brings a bit of a different flavor to the exhibition. The paper constructions he’s standing in front of are part of a series about organic forms. “They’re sort of negotiating their space, and negotiating their survival, in the same picture frame as this grid,” he says. “A lot of it is about identity, and it’s about life. It’s about the way that we survive in conditions that are beyond our control.”

When we catch up with Harlem-based interdisciplinary artist Sanford Biggers, he’s standing in front of a pair of sketches he brought from one of his larger quilt paintings, Codex, a project he started around four years ago. “It came from me realizing that Harriet Tubman was actually an astronaut reading the stars to guide her people to freedom,” Biggers tells us. “Along the underground railroad there were quilts that were folded or displayed in a certain way, that were sign posts to escaping slaves on routes of escape, or if the safe house was open, or if they were under surveillance. Taking that as a starting point, I started to take antique quilts and then add my own layer of code directly onto them.” For Biggers, this patchwork aesthetic is inherently part of the African diaspora.

For Niama Safia Sandy, a curator and anthropologist based in Brooklyn, the Diaspora Calling! exhibition is truly overwhelming. “To have something like this in this community again, is a really incredible thing that not enough people are talking about,” she says. “Especially to have the art of this caliber.”

“Even though it’s in the middle of Flatbush, it’s our community, this is not stuff that you would normally see here generally, so it’s a really beautiful and transformative moment.”