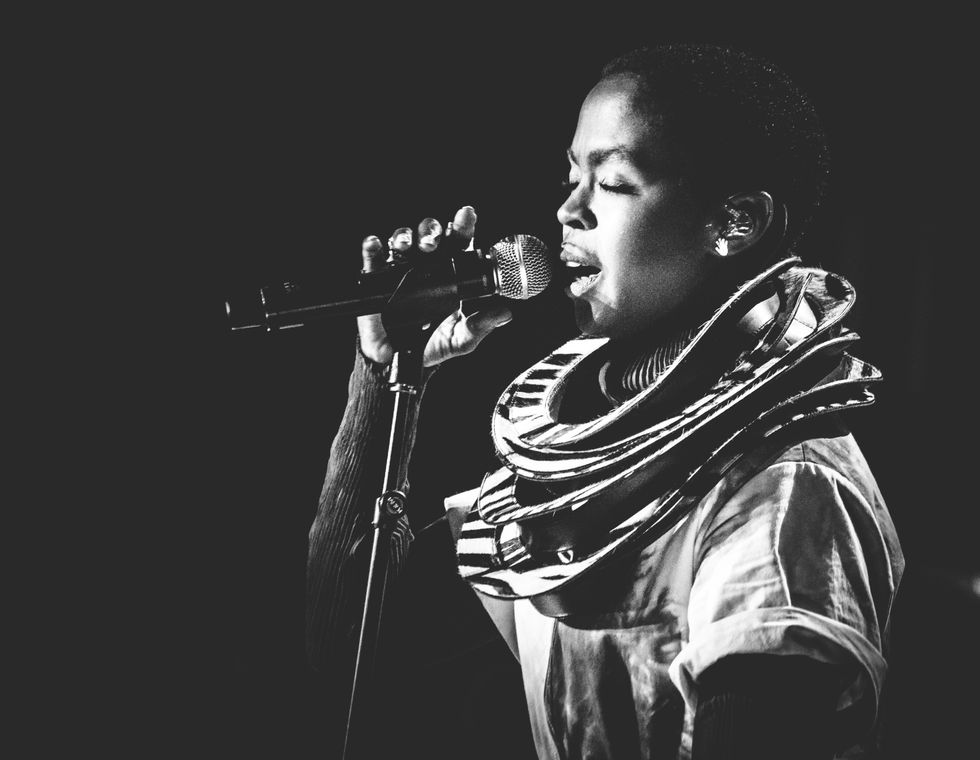 Ms. Lauryn Hill called the diaspora and they responded with a night celebrating Africa.

Ms. Lauryn Hill called the diaspora to Kings Theatre—and they responded, bringing the sounds of Africa and the Caribbean to the stage on a brisk Friday evening.

The Black Star was present, with Ghana’s swaggy Jojo Abot and Stonebwoy then shutting down the stage with “Go Higher,” and E.L making you want to shoki to “Koko.”

Nigeria’s Wondaboy and Mr. Eazi also rocked the stage with their hits, proving that they’re the ones to watch.

The second son of Bob Marley, Stephen Marley, serenaded the crowd with an acoustic set of his father’s classics and his own roots reggae sound while Trinidad and Tobago’s Machel Montano brought carnival to Brooklyn and showed that he’s the true king of soca.

Before Ms. Hill finally made it on stage after intermission, the audience witnessed a Haitian rara procession by the Brother High Full Tempo band. African dancers led in the band of drums down the center aisle of the theatre, as horns made of metal layered over the rhythmic percussion to the stage with Chop and Quench, The Fela! Band. Vévé motifs, bold colors and video footage projected onto the backdrop, and the party really got started.

Ms. Hill’s rendition of “Everything is Everything” was reminiscent of her Afrobeat spin on “Lost Ones” (which she also performed again), where the audience got down like they were in The Shrine. Once her rearrangement of “Ex-Factor” rang through our ears, I definitely caught myself doing the alkayida and the azonto by my lonesome in my row.

The night of music at Diaspora Calling! was an overwhelming whirlwind of love, good vibes and unity.

In case you missed it, read up on our recap of the festival's art exhibition here.

Check out some of our images below:

Mr. Eazi and his producer. Photo by Ginny Suss.

The Compozers were the awesome backup band for the African artists. Photo by Ginny Suss.