The Police Are Cool, Totally Kidding They Are the Worst 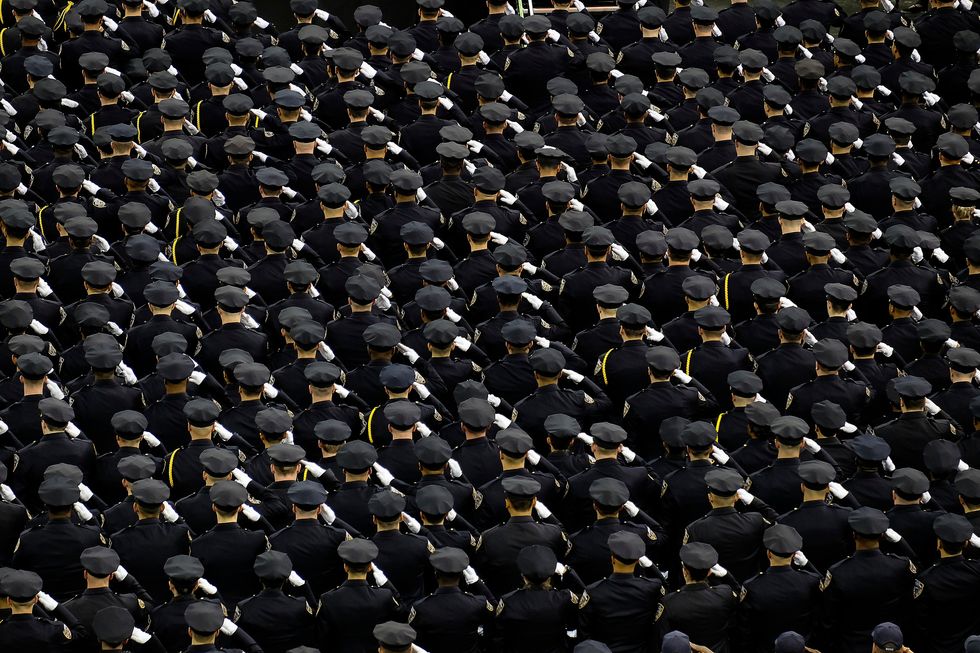 Op Ed: Abolishing the criminal injustice system is the only way forward.

The following essay will be accompanied next week by an interview with a leader of the prison abolition movement.

One day, clouds clouding in the distance, I was at my parent's house looking through old photos. My first, second, third, fourth, fifth, sixth, seventh, eighth, ninth, tenth, eleventh birthdays, all beautiful affairs, my family and I smiling, cake and colorfully wrapped presents, and then a sudden jump to my thirteenth birthday. Where had my twelfth birthday gone? Confused, I asked my mom.

She looked at me deeply, paused, and said "you know why you didn't have a twelfth birthday." She took a deep breath, time slowed, a small smile appeared on her face. "Fuck the pigs," she whispered gently. She raised her voice to a frightening war-cry like yell, a strong bass present in her normally soft tone, her melanin shining with the stunning glow of an Ethiopian anti-fascist fighter "Gang, gang, young nigga. West-side. All power to the people."

I'dhavewrittenabout themythologybuiltaroundthepoliceasnecessaryandbraveandpatrioticandhow these mythsare disseminated through our schools and featured prominently in our favorite movies and television shows.

I promised myself I'd write about how my views on police come not from hate and bitterness but from a deep feeling of love for humanity. How I want to see suffering, millionsof people rippedfromtheir families fornon-violentdrug related charges and people gunned down in the street because the color of their skin has been criminalized, end.

I most likely would have written that the abolition of the police, of theprisonindustrialcomplex andother oppressive institutions will not occur without the abolition of the larger forces that necessitate their existence. I fasho would have written about how you need state violence to uphold a system that keeps the majority exploited and alienated and that both need to go.

I have written too many times, fear and indignation swelling within me, about the long list of murders police have committed with impunity. The names crash into each other, their faces combining with each hyperlink I add, with each sip of yak I drank, with each beating, each death, each cry. You can get away with anything if you created the law and filled the positions that adjudicate with your homies.

I should have written that if you seriously want justice, equality, and an end to the mass campaign of terror waged by police departments across this country, you must be honest. I would have continued that if that's what you want then there is no other solution than to disarm and abolish the police and put an end to the criminal injustice system and mass incarceration. I'd have written that it's 2017 and I sincerely, for really real, believe that we, as a society, can do better.

I don't know if I'll ever really be able to write that piece and do it well. But if I did, I'd most likely end it by writing: Fuck 👏🏿The👏🏿 Police👏🏿.