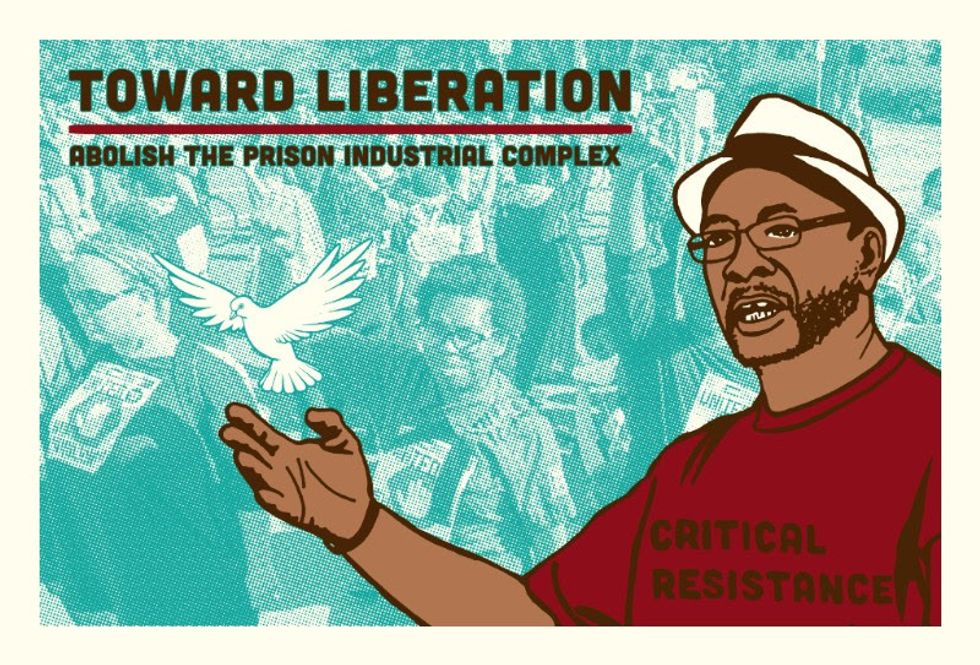 This interview is a follow-up to a conversation we began last week. Read it here.

For many, the idea of abolishing the American criminal justice system is about as improbable as abolishing the air we breathe. We talk to an activist on the front-line of the abolition movement why it's not just possible, but necessary.

Mohamed Shehk, is the Media and Communications Director of the organization Critical Resistance, "a national organization that seeks to abolish the interlocking systems of policing, imprisonment, and surveillance, or what we call the prison industrial complex."

The following interview has been edited for length and clarity.

OkayAfrica: Let's get straight into it. Abolish the police. Abolish prisons. That's going to come off as a very radical statement for most people, as perhaps saying "abolish slavery" was a radical statement 200 years ago. Why abolish and not reform? "It's a few bad apples, the police are doing brave and necessary work," many will say.

Mohamed Shehk: We work to abolish policing, imprisonment, and the rest of the prison industrial complex because we believe that they are fundamentally violent and racist. While some might argue that we can fix the prison industrial complex by getting rid of the "few bad apples" or improving it through reform, we actually don't believe that it is broken, but that it is rather working as intended—to control, repress, disappear, and kill people. Our work as abolitionists is not to improve a war machine built to target Black and Brown people, but to chip away and disempower policing and imprisonment so that they have less power to function, with the ultimate goal of shrinking them into nonexistence. 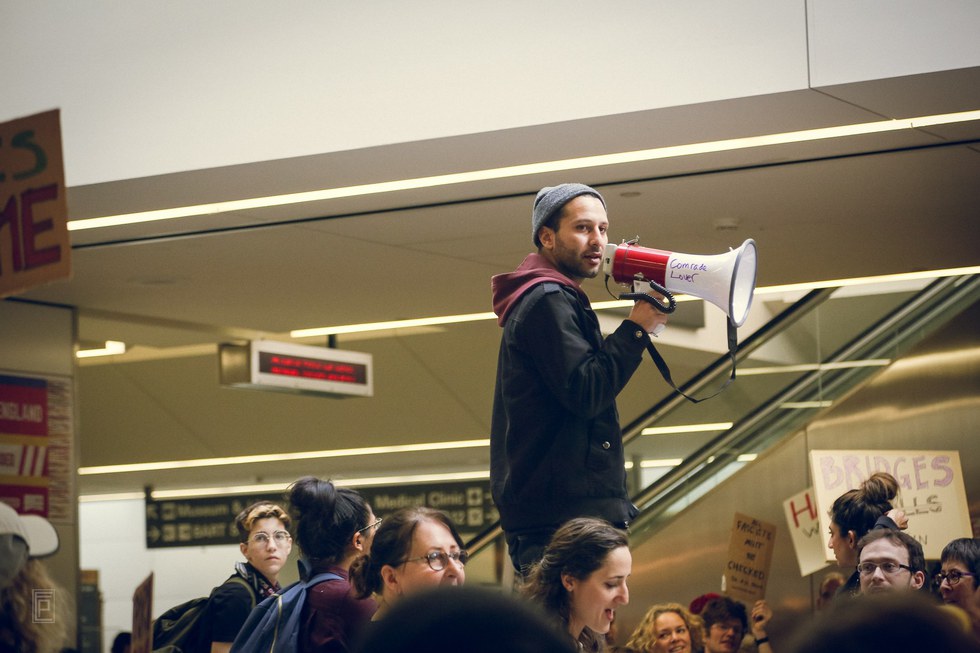 Let's start off with the police. Can you speak to the true function of the police. If you ask most anyone, they would respond with the usual, "to stop crime, protect people from criminals, theft, violence, etc." To "protect and serve." Though I'm no expert, it seems, from what I've read, the police don't actually do that. Almost ever. There's also my personal experience, and that of family and friends, of police literally never helping or being available in the moments where I've been a victim of a crime. They'll arrive two hours later, file a report, and that's that. In addition to studies, the consensus seems that the police are woefully inadequate as a means to stopping crime, on the local, day to day level for ordinary citizens. It rather seems that the police are armed bureaucrats, bringing violence and guns to situations that they are not needed in. Traffic citations, etc. I would argue that the police are there to protect the interests of elites, particularly their wealth from the masses of people, to ensure that capitalism functions without resistance. And when that resistance is found, in the form of protests let's say, then they come down in riot gear to make sure private property isn't threatened. Thoughts?

From its origins being closely linked to patrols capturing Black people escaping slavery to the crushing of labor struggles, the role of modern policing has been to uphold and enforce social control, white supremacy, and the interests of those in power. Put simply, policing is the front line of defense for racial capitalism. And whenever communities organize to resist their oppression and demand power, policing, as well as imprisonment and surveillance, are used to repress movements and efforts for self-determination.

On a more practical level, why are the police the first responders, or even responders at all, to people having mental health crises, getting into an accident, or to people committing the unthinkable "crime" of being homeless? At best, cops show up and do nothing, often escalating the situation or obstructing the person in need from receiving care; at worst, they harm and kill. The state and those invested in social control have prioritized policing at the expense of funding and political will for resources that might actually respond to and address situations productively.

I also wanted to get into the mythology and cult like status of the police and their unions and the immense power they wield politically. We hear about how police work is very dangerous, though, I remember reading that it's not even in the top ten most dangerous jobs list. I think transportation workers suffer more fatalities annually than cops.

Police unions wield a tremendous amount of power, and put enormous amounts of energy and resources to ramp up sympathy for cops as "victims" who need ever more support and protections. For example, Black Lives Matter grew out of the massive outrage over ongoing police killings of Black people, and the police responded by claiming to be under attack. The disturbing "Blue Lives Matter" rhetoric and legislation are a perfect example of how police and their unions deceitfully claim to be in the line of danger, when they in fact are the greatest danger to the wellbeing of the very communities they paint as threats.

Now, prisons. What is the actual function of prisons today, in our society? We have the largest prison population in the world. Larger than in China or Russia, places the U.S. routinely accuses of human rights abuse. Do we really have a bunch of crazed violent criminals running around that need to be locked up? Or are there more sinister forces, influenced by capital, that dictate the necessity of locking up such a large portion of the population, and particularly poor, working class people of color?

The primary function of prisons in our society is to control populations. The enormous growth of the prison industrial complex came as a response to two main things—the explosion of radical liberation movements and activism in the 60's and 70's, as well as the neoliberal turn that resulted in the disappearance of millions of jobs. The state needed a way to both crush the social movements that powerfully threatened the status quo of racial capitalism, and contain this newly and permanently unemployed class of people, mainly Black and Brown working class communities. The way it did that was labeling everything under the sun—from political dissent, to poverty, homelessness, and drug use—as "crime." So the specters of "rampant crime" and the figure of the "criminal" were created under a law-and-order logic to justify targeting whole communities and engaging in the biggest prison construction project in this world's history.

Now to the rebuttals of abolishing the police and prisons. "But, but, who is going to protect me from the criminals that the locals news goes on and on in a near frenzied state about?" I mean we kind of touched on that above but will the country descend into chaos and warlords as most people would hypothesize? I remember not too far back, police were angry with Bill de Blasio in NYC, so they had a work slow down, and crime dropped dramatically. What would you say to those that would call the abolition of police a crazy idea that could never work? Are there historical examples/models that offer alternatives?

Those in power work very hard to make us believe that imprisonment and policing are natural, but we know the opposite to be true. These systems had to be put in place, and must be constantly reinforced and legitimized to the point that we are made to believe that our society will descend into chaos if they don't exist. In reality, the prison industrial complex is responsible for the chaos that many people experience through separation, destabilization, and state violence, especially in Black, Indigenous, and communities of color.

Communities past and present have long used practices of resolving harm and conflict without relying on punitive measures, like caging or policing. There are many communities today who by default address conflict themselves because they simply don't trust the police—for good reason. More and more people have been exploring and practicing restorative and transformative justice models to hold people accountable for harm committed, many of which are inspired by Indigenous and non-Western practices and values. Harm and conflict predate cops and cages, will outlive them, and communities ultimately will continue to have creative ways of addressing and overcoming them.

At OkayAfrica, we are trying to imagine what a revolution would bring and we'd like to think it can bring an end to oppression and exploitation, a world of love and cooperation, not of profit and hate and White supremacy. It seems that the police and prisons are huge detriments to achieving such a goal. What would that world, one without police and prisons possibly look like?

The simple answer is that a world without police or prisons would be one based on self-determination and mutual care. It would mean that people would have access to the resources that would allow them to thrive. For example, think about the fact that we have more empty houses than homeless people in this country—there is unprecedented levels of wealth and resources in our society, yet the vast majority of the population doesn't have access to it. What's stopping homeless people from moving into all the vacant homes? The cops (and the consequence of imprisonment). One way to think about policing and imprisonment is that they are used to control (and restrict) access to certain resources for certain populations; without these violent systems, people would be able to live healthier, more stable, dignified lives.

Insofar as the prison industrial complex purports to keep us safe, a world without it would mean people dealing with harm not punitively, but addressing it in ways that actually gets to the root of the issue.

Ultimately, it would mean living and relating to one another in ways based on our potential for humanity.

How can folks get involved in the abolition movement so as to help in making this future of "Black Revolution" a reality?

People can support and get involved in organizations, fights, or efforts that are challenging policing, imprisonment, and surveillance. Many people are fighting the construction or expansion of their counties' jail systems, seeking to divest from policing and fighting to invest those funds into community resources, working to reduce the scope of policing in our lives, struggling to shrink and eliminate the state's capacity to surveil, and supporting prisoners organizing for their human rights. In our daily lives, we should be practicing ways to reduce our reliance on the prison industrial complex, and thinking about ways to spread those practices. These are all worthwhile and powerful efforts, and can be replicated everywhere.