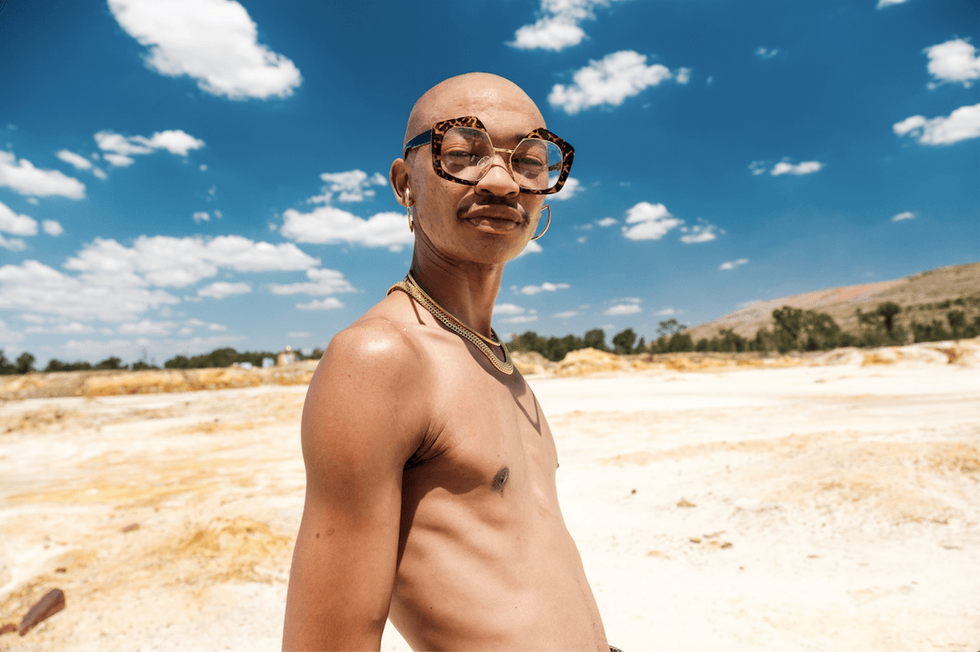 South African artist Mx Blouse hit the ground running in 2019. They just released a new single, "No Match," accompanied by a minimalist yet stunning music video.

While in the song, they rap about a person they are over, in the video they are alone in a canyon, performing under a partly cloudy sky. Maybe the underlying message is that they are better off on their own.

The artist shows off their adorable fashion sense as they appear in a range of outfits, which Mx Blouse styled themselves alongside Anita Makgetla.

Sonically, "No Match," which was produced by Albany Lore and Thor Rixon, who the artist has worked with many times before, references with kwaito with traces of electronic and even jazz.

The music video was directed by Director Kit, while Kwanda MacPherson was the director of photography, and Lupumlo Tinta handled the editing.

Watch the music video for "No Match" below, and download the song here.

Revisit our interview with Mx Blouse from last week here.