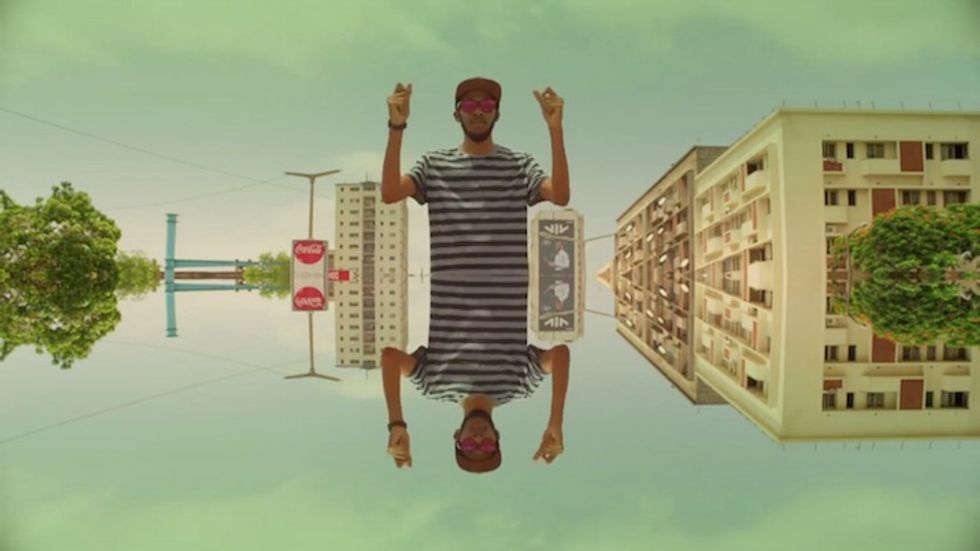 Watch the Maputo-shot video for Nandele's "Fin O Humano" and grab a free download of his J Dilla-inspired 6-track EP.

Maputo-based producer Nandele's debut solo project Argolas Deliciosas (which translates to Sweet Rings) is a 6-track collection of instrumental boom-bap, dubstep, trap and psychedelic beats put together as a tribute to the late J Dilla. Nandele, a former drummer in Mozambican hip-hop and rock outfits, pictures the EP as a journey — a "place for contemplation, a planet, an escape to ethereal atmospheres, [and] a tele transport to other galaxies."

The Mahla Filmes-directed visuals for "Fin o Humano (E O Regresso do Boom Bap)," a previously featured lead single from the release, follow the lanky beatmaker as he takes a daytime stroll along the streets, markets and beaches of his city, ending in a kaleidoscopic rooftop hangout.

Argolas Deliciosas also features production work from Mozambique's Embri0n and Fu da Siderurgia. The EP will be accompanied by a comic book with art by Ricardo Pinto, the artist responsible for the cover artwork (above). Stream Nandele's EP in its entirety below and grab a free download of Argolas Deliciosas (limited to the first 1000). The release is out today on Kongoloti Records.