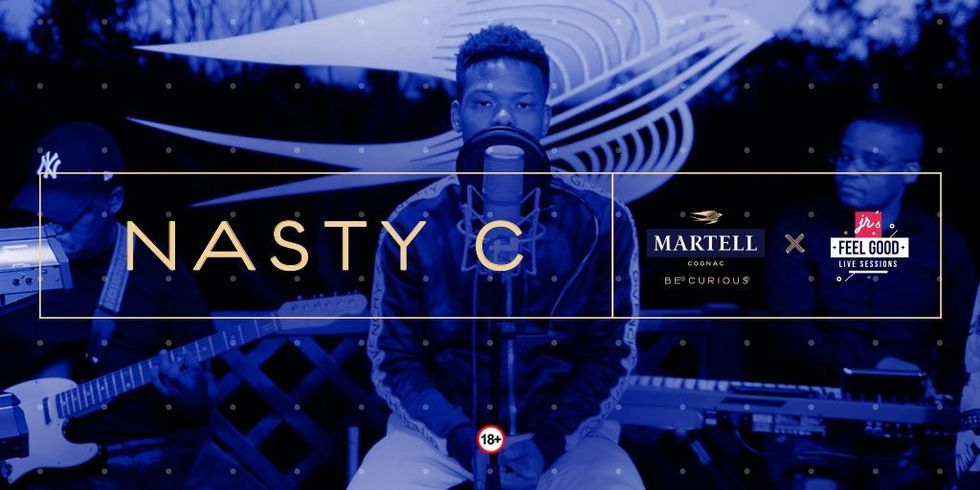 Watch Nasty C and Rowlene perform most of Strings and Bling.

Nasty C's performances are normally aggressive. The beats usually thump hard and he feeds off their energy. But on his Feel Good Live Sessions set, the MC mellowed down, performing mostly the mellow songs from his sophomore album Strings and Bling.

Songs such as "SMA," "Casanova," and "Mrs Me," among others. He was joined by his musical soulmate, the singer Rowlene, who's currently signed to the rapper's label Tall Racks.

The two performed with ease and were clearly having a lot of fun. Their set was one of the longest this season, as it lasted a whole 40 minutes. Not that we are complaining.