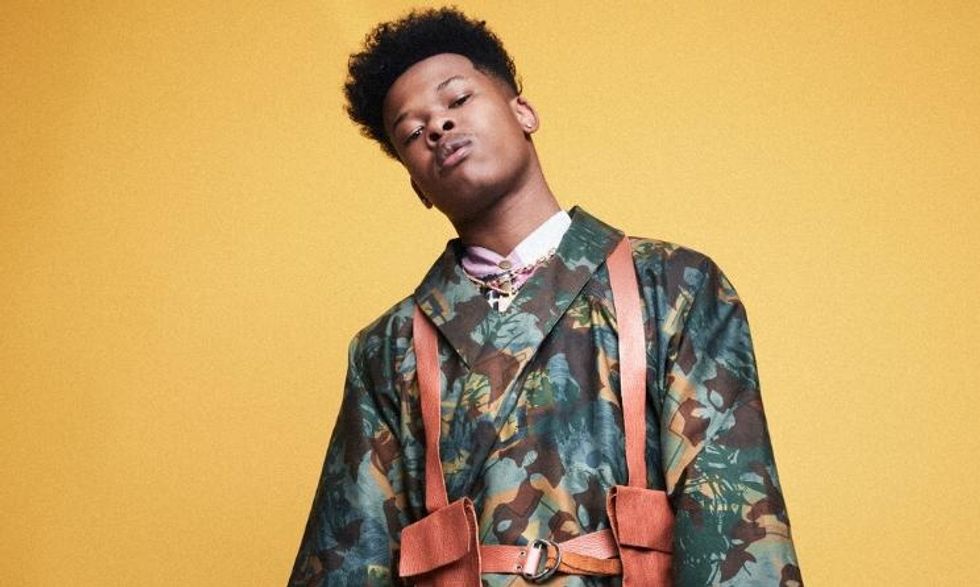 Exactly a year since Nasty C released his sophomore album Strings and Bling, the South African rapper releases the music video for the album's title track.

"Strings and Bling" is the second song on the album, and one of its highlights. The music video, which was directed and shot by Kyle White, sees the rapper/producer send the album's plaques to some prominent figures in South African hip-hop—from Slikour to Ms Cosmo. In the beginning of the video, the same people are seen responding to Nasty C's album in what looks like the album's first listening session.

Nasty takes the celebration to his fans. The music video is reminiscent of the one for "Hell Naw" from his 2016 debut album Bad Hair. Just with a glow-up.

Strings and Bling was announced to have gone double platinum last week, with every song going at least gold. The MC's IVYSON Tour was also one of the biggest and most successful South African hip-hop tours ever seen. Almost every stop was sold out, countrywide and in Namibia.

Watch the music video below, and revisit our review of Strings and Blinghere, and photos from the album launch from last year here.