Ngugi wa Thiong'o Snubbed of the Nobel Prize for Literature 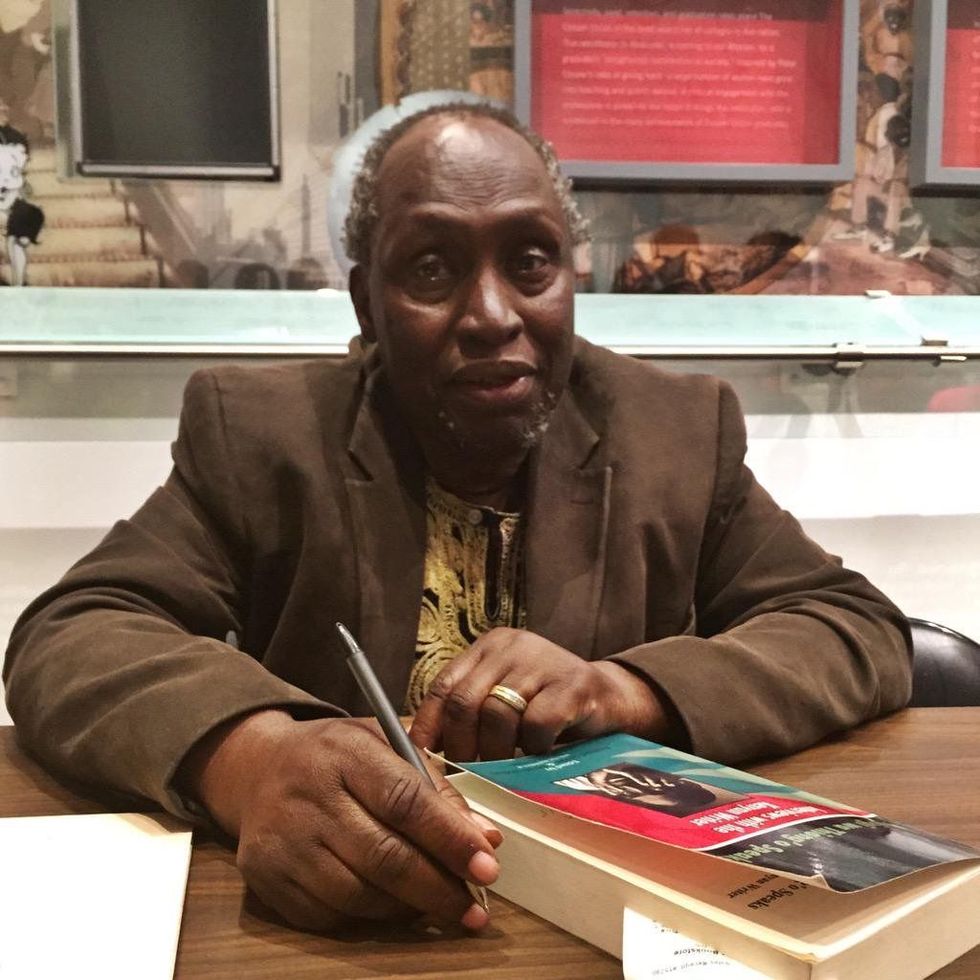 Kenyans on Twitter were not happy about Bob Dylan winning the Nobel Prize for Literature over Ngugi wa Thiong'o.

News about American singer Bob Dylan winning the prestigious Nobel Prize for Literature had #KOT (Kenyans on Twitter) practicing their debate skills on Thursday. Ngugi wa Thiong'o was the Kenyan nominee once again and a heavy favorite for this year’s prize.

The 78-year-old writer and literary icon, who has a long history of using the arts for social change that put him at odds with the government, was a worthy contender for the Nobel. He’s famous for penning his Gikuyu book, Caitani Mutharabaini (Devil on the Cross), on toilet paper while in prison in 1977. His critically-acclaimed novel Petals of Blood pointed out the realities of postcolonial Kenya to the chagrin of the authorities.

The Moi regime made it difficult for Thiong'o to teach at local universities as punishment for using his voice, and banned his book, forcing Thiong'o to go into exile for decades.

Thiong'o advocated for human and democratic rights in Kenya by working with the London-based Committee for the Release of Political Prisoners in Kenya between 1982 and 1998. The River Between author may have had the reputation of being a provocative playwright and author according to authorities back at home, but his influence as a literary figure and activist makes him an iconic figure in the region.

Needless to say, not everyone was thrilled about the Nobel announcement.

Bob who? Ngugi wa Thiong'o earned that Literature Nobel Prize years ago and just because they won't give it to him doesn't diminish his work

@LizNNganga@BinyavangaW Ngungi might never win this thing, come to think of it.

They'll just have him hanging on a leash forever.

Lol. They gave Bob Dylan a Nobel before Ngugi. But at least it's not Murakami.

@waweru@KenyanTraffic@evangelinechao Get Kenya to honour Ngugi first. The rest will follow. He has no international audience.