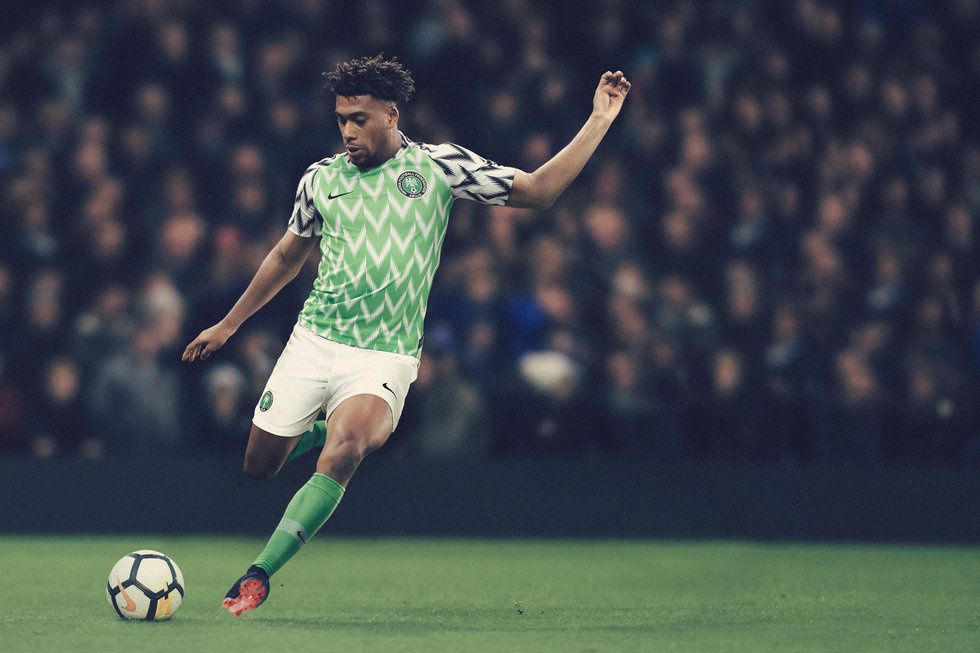 Didn't get to grab one the first time around? Don't vex.

Around this time last year, the world was preparing for the 2018 World Cup and Nike's Nigerian football kit was all the rage, quickly becoming a streetwear staple. A year later and the hype for the Super Eagle's uniform still hasn't died down.

The popular jersey, which goes for an average resell price of $170 to $295, according to HypeBeast, is being restocked and will go for its original retail price of $91. The jersey is available for pre-order on soccer merchandiser Pro:Direct. They announced the re-release on Twitter on Monday.

READ: The Secret Behind Nike's New Naija Football Kits are Nigerians Themselves

The accompanying floral green tracksuit and a range of new dry-fit tees that feature the same zig-zagged pattern are currently available for purchase on Nike.com.

The iconic green and white chevron jersey was the most sought after kit of the 2018 World Cup, it broke pre-order records ahead of its release and was shortlisted for the prestigious Beazley Design of the Year Award.

It's not often that a one-of-a-kind item the level of is re-stocked, so if you weren't able to get your hand on one the first time around—now's your chance.