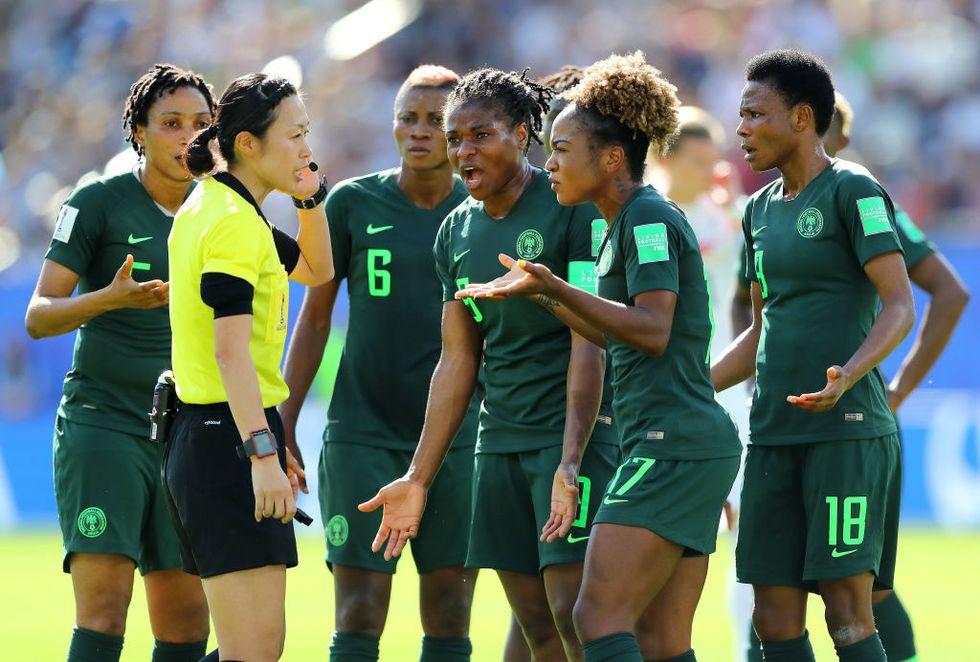 After negotiations, the Nigerian Football Federation have agreed to run the players their money.

Nigeria's own Super Falcons had a great run during the Women's World Cup. But instead of the players heading back home or to their respective professional clubs after losing to Germany 3-0, they were forced to strong-arm the Nigerian Football Federation to pay what they're owed.

According to ESPN's initial report over the weekend, the Super Falcons threatened to stage a sit-in protest at their hotel in France until all of their unpaid bonuses dating back to two years ago were paid, along with their World Cup allowances and bonuses.

"They paid us 1 million [naira] and said that is all. We want them to pay the balance," an unnamed player tells ESPN. "Part of that money is from two years ago, the other is from three years ago. And they are also owing us five days' daily allowance here in France. Before the World Cup, we asked them for a meeting so that we could discuss our World Cup bonuses, like they did with the men's team last year. They ignored the letter and nobody said anything about it until now."

The Super Falcons also demanded the Federation should pay their portion of the World Cup participation fee from FIFA sooner than their September pay date.

In an update from BBC Sport, the team came to a resolve after holding an overnight meeting with the president of the Nigeria Women Football League, Aisha Falode. Meetings were also held between players and the Federation's board.

The Federation agreed to pay the outstanding fees and the FIFA participation fee. The team has now left their hotel.

This, unfortunately, is not the first time the Super Falcons have fought over unpaid bonuses—in 2016 they staged a public protest in Abuja after winning the Africa Cup of Nations, BBC adds. In 2004, the players were forced to stage a 3-day sit-in after snagging the Africa title until they were paid.