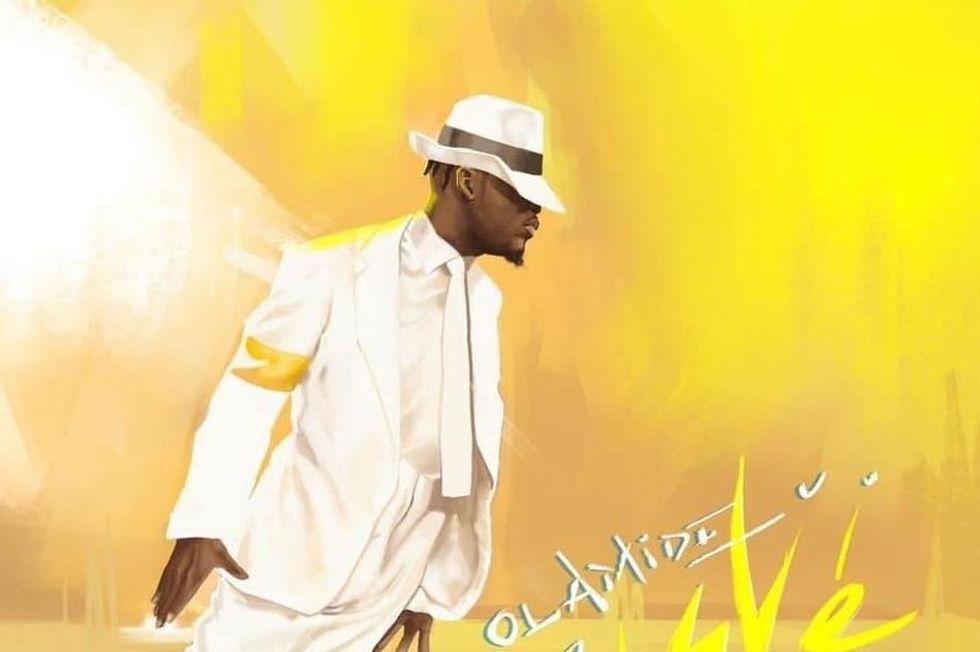 This month, our assortment of songs paints a widely-diverse picture of Nigerian afropop—from bashment by a rejuvenated singer to new interpretations of highlife, to folk-indebted soft rock and imaginative beatmaking by seldom-lauded producers.

Read ahead for our selection of the best Nigerian songs of February.

"They cannot stand the stamina" says Olamide. He could be talking about his continuous run of pop-rap hits, which appears to come easy for him. The house beat on "Woske" is a winner as horn stabs take turns with a synthesiser piano held steady by faithful and unshowy drumming. The MJ impersonation in the video suggests a poverty of ideas until you remember that Olamide has been closely-linked to the best dance crazes of the last few years from shoki to shakiti bobo, shaku and now zanku.

A good part of Santi's charm is what he shrouds in mystery. Strong imageries (e.g "bon chiga with a darkie") are layered over uncommon references ("sexy punk rider") in a mumbled-patois that draws the listener in rather than explain the work it is doing. The song was produced by his alté scene counterpart, Odunsi the Engine, with additional production from Le Mav. The track had been premiered on Apple Music's OVO Sound Radio in May last year and fans have been waiting eagerly for its release since then.

Tomi Thomas released a criminally under-appreciated EP, Illusions, alongside producer LeriQ last September. On "Hello, Thomas recalls simpler, happier times with a former lover when he sings "there was a time when I felt no pain." The wistfulness is emphasised by the insistent guitar that is often given heft by a thumping bass drums, the work of producer BankyOnDBeatz. Coming in after Thomas is L Marshall, a Nigerian singer with a growing body of work since his 2013 EP, Live All The Way. He blends well enough here, bringing his uniquely Black-British vocal stank that'll introduce him to afropop fans beyond his shores.

Twin electric guitars search and prod all over Simi's "Ayo," bringing polyrhythmic goodness to a song about self-affirmation and self-assertion with authority from the most high. It's produced by the Legendury Beatz duo, who last worked with Simi on "So Rire" for their debut album, Afropop 101.

Cynthia Morgan's re-emergence will soon encourage platitudes that will name her the 'Queen of Nigerian or African dancehall.' Her mature music-making has her accent sounding truer and the twang in her voice sounding richer in this new single which is really one big luxury car metaphor with one standout turn of Nigerianism: "You're aint talking money just chill / Don't point what you can't kill."

An ode to the most noticeable accessory at parties, "Gele" is clever songwriting that could cause a playful show off when played at any party where trads are worn. It could in fact become evergreen for the same reasons, especially over a highlife beat. Go Teni!

Johnny Drille writes unironically about reaffirming faith in the everyday. "Forever" is addressed to a wife-to-be while "Shine" is a call for optimism—"Do your best but don't lose yourself / Cause in the morning time, the sun go shine." The song is built over a steady swell of guitar, horns, and hand claps that makes for a rousing, uplifting close. Good-natured with a sunny disposition, and always wearing his heart on his sleeves, you wonder what Driller is ever cynical about.

MzKiss' vitality as an MC is not nearly as celebrated as it should be. Supported on the one word "Braa"—a pronunciation of "Bro" that is more common to Ghanaians—she rides the thumping and propulsive drumming here with ease, delivering lyrics packed full of humor and misdirection. Although she does this with less of the dizzying brilliance she exhibited on the last big single "Merule".

The cover art for "Twin Broda" references the comic hit film Twins, which was largely reliant on the physicality of both actors, but more important here is how well a vital veteran like Sound Sultan combines with the charismatic Small Doctor and his unique blend of RnB and Fuji.

Masterkraft x Zlatan x CDQ 'Are You Sure?'

The appropriately named Masterkraft is a producer of dance music with strong melodic lines that could tell stories on their own. Together with the rapper CDQ, both men long formed a rewarding partnership, especially over variations of the house music that has defined each of their music careers. On "Are You Sure?" they've recruited Zanku mastermind and man of the moment, Zlatan, who adds his own signature zest.