With Two New Videos This Month, Nissi's Takeover is Imminent 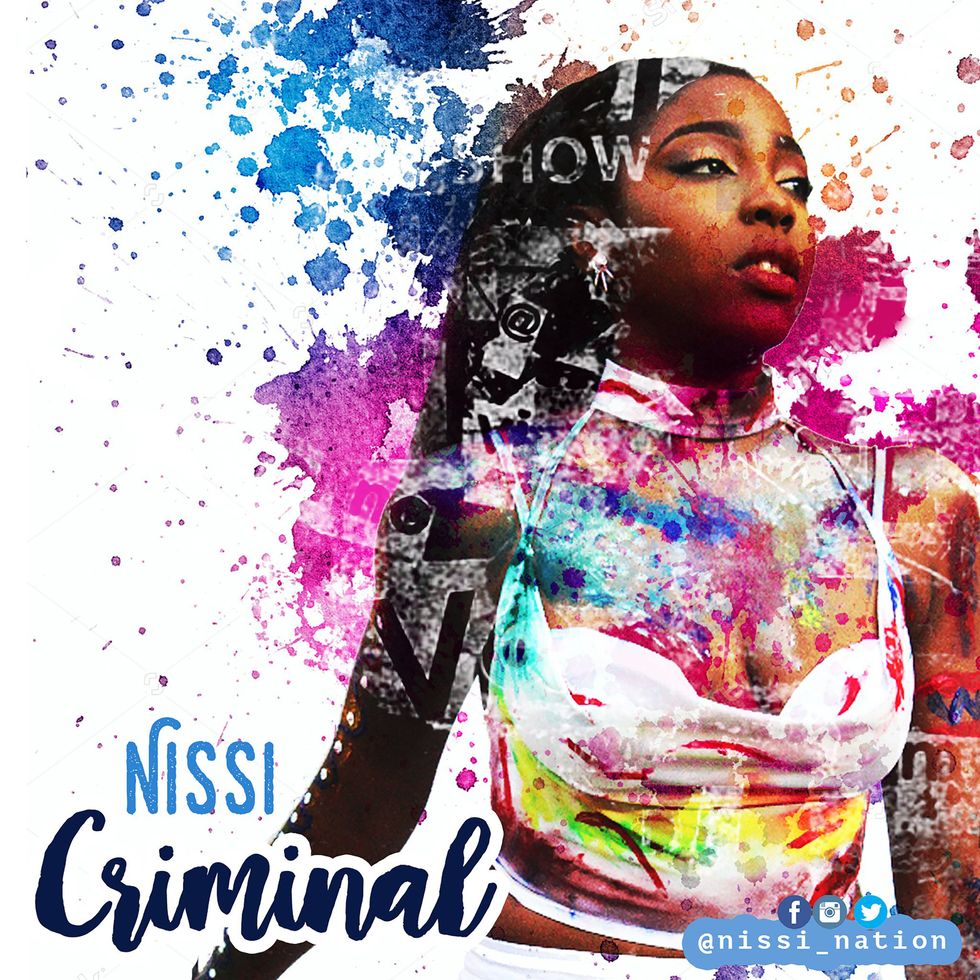 We caught up with Nissi to talk about what inspires her music, when she'll collab with her brother Burna Boy, and what we should look out for next

Ever since Nissi released her single "Pay Attention" last year with a video that included footage of political struggles around the world, she's positioned herself as a formidable vocalist that fuses lyrics about social consciousness and self awareness with multiple genres like afro, jazz, highlife, and funk.

We caught up with her to talk about the inspiration behind her music and to get the scoop on what's next.

You came out with "Pay Attention," which received a lot of attention across Nigerian and international blogs. How did that song come about? Can you talk about the political message behind it? What inspired it?

Essentially, at the time a lot of stuff going in the world wasn't looking right—the fact we had to start the Black Lives Matter movement, political corruption, government stuff in Nigeria, everything with the girls missing... it was looking like a disaster. For me, it's a cycle and it's going around in circles. Fela Kuti and MLK were big influences. It's funny. I was in studio thinking of making a trap infused funk vibe and he just came up with this beat and I freestyled on it and then came "Pay Attention." I didn't like it when I made it, but everyone else heard it and loved it. So I guess it works like that sometimes.

Songs like "Criminal" have an R&B, jazz sound, whereas, "Pay Attention" was a bit more electronic/pop. What would you call your main influences? Are you still experimenting?

"Criminal" brought out the funk fusion which is what I call my style of music, that was my first step. It's more of a young emotional hormones kind of song, [about] the Law of Attraction. At the time of making that song I was out with my friends one night and we started talking about how the Law of Attraction is real.

I work with the same producer 80 percent of the time. I take ideas to him and we work out some things together. There is the other 20 percent when he just has a beat he's knocking and I roll something out.

You're also a painter? Can you talk about your painting work and what you'd like to do with that?

I started painting on a professional level about 5 years ago. I've had a solo exhibition, so the plan now is to have an exhibition every year. I also recently started a fashion brand. NORRD is my art name and the fashion line is Three Musketeers. NORDD is the first letter of the names of all my siblings and two cousins. Three Musketeers is me, my brother, and my sister. My older brother is my best friend. He's a constant influence because I need to have that around me. Funny thing is we've done our thing completely separate for so long, but we both have that respect for each other and that we're perfecting a craft.

Will you collaborate with Burna?

We definitely will collaborate, but I've been on that wave of letting everybody want it. He started like six years ago and I just started eight month ago. I wanna get to a level that we build a standard where people are craving a collaboration. I don't wanna ride on each other's waves because you loose respect. Because he's my brother does mean I would do things without his involvement as best as I can.

You released Mama Mi recently? What can you tell us about that track and its background?

"Mama Mi" is about mothers released [from prison] on mothers day. I made that song as a freestyle on my mom's birthday last year. It was a birthday and I wasn't there and everyone was back home so i wanted to figure out a way to show my presence, so i made a song and sent it. Apparently, she played it for the whole neighborhood.

Whats you relationship with your mother?

My mom is my business manager. Our relationship is ying and yang. There's no one in life that has been there the way my mom has.

Do you do your own songwriting?
Essentially, I write my own songs and get inspiration from myself and feeding off of current events—Black Lives Matter, Nigerian corruption, etc.

What's next for Nissi? What are your plans?

Takeover, that's what's next. Two singles in the next month, and then videos to accompany them. Then, I think the plan is to drop a single every six weeks to two months and then release the EP by the end of the year. Got three names Downtown. I've got names lurking.