Nnedi Okorafor Is Starting a Production Company for Africanfuturist Stories 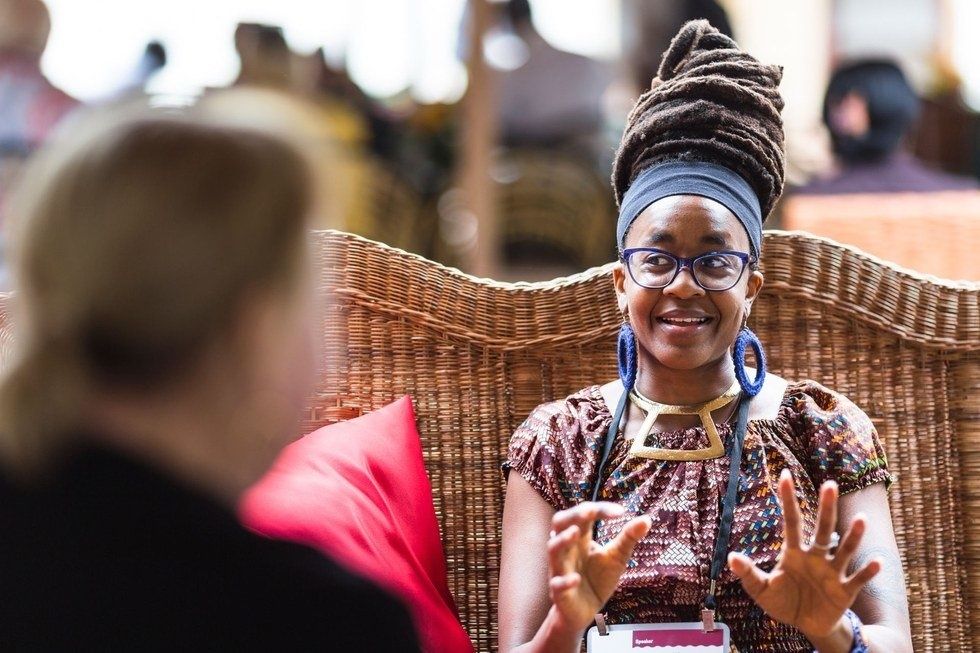 The company will focus exclusively on television projects.

Multiple award-winning author Nnedi Okorafor has announced her latest creative endeavor, and it has us pretty excited about the possibilities.

As noted in Brittle Paper, Okorafor took to Facebook to share the name of her new production company that she created in a post from April 16. The name of the production imprint is Africanfuturism Productions, Inc.

In the comments section, she noted that the company would be focusing exclusively on television projects for the time being, as she considers film ti be "too restrictive."

Details around the company still remain scarce, but it's no doubt that the author, known for her Africanfuturist works, is a fitting person to lead such a company.

Okorafor has several other television projects in the works as well. In 2017 is was announced that her celebrated novel Who Fears Death is being adapted into an HBO series with Game of Thrones creator George RR Martin. She is also working alongside Viola Davis and Kenyan filmmaker Wanuri Kahiu, to adapt Octavia Butler's Wild Seed into a television series under Amazon.

The author earned to Hugo Prize nominations earlier this month for Best Novella for her work Binti: The Night Masquerade as well as for Best Graphic Story for Black Panther: Long Live the King.