NYC: First Fridays! At The Bronx Museum With The African Film Festival 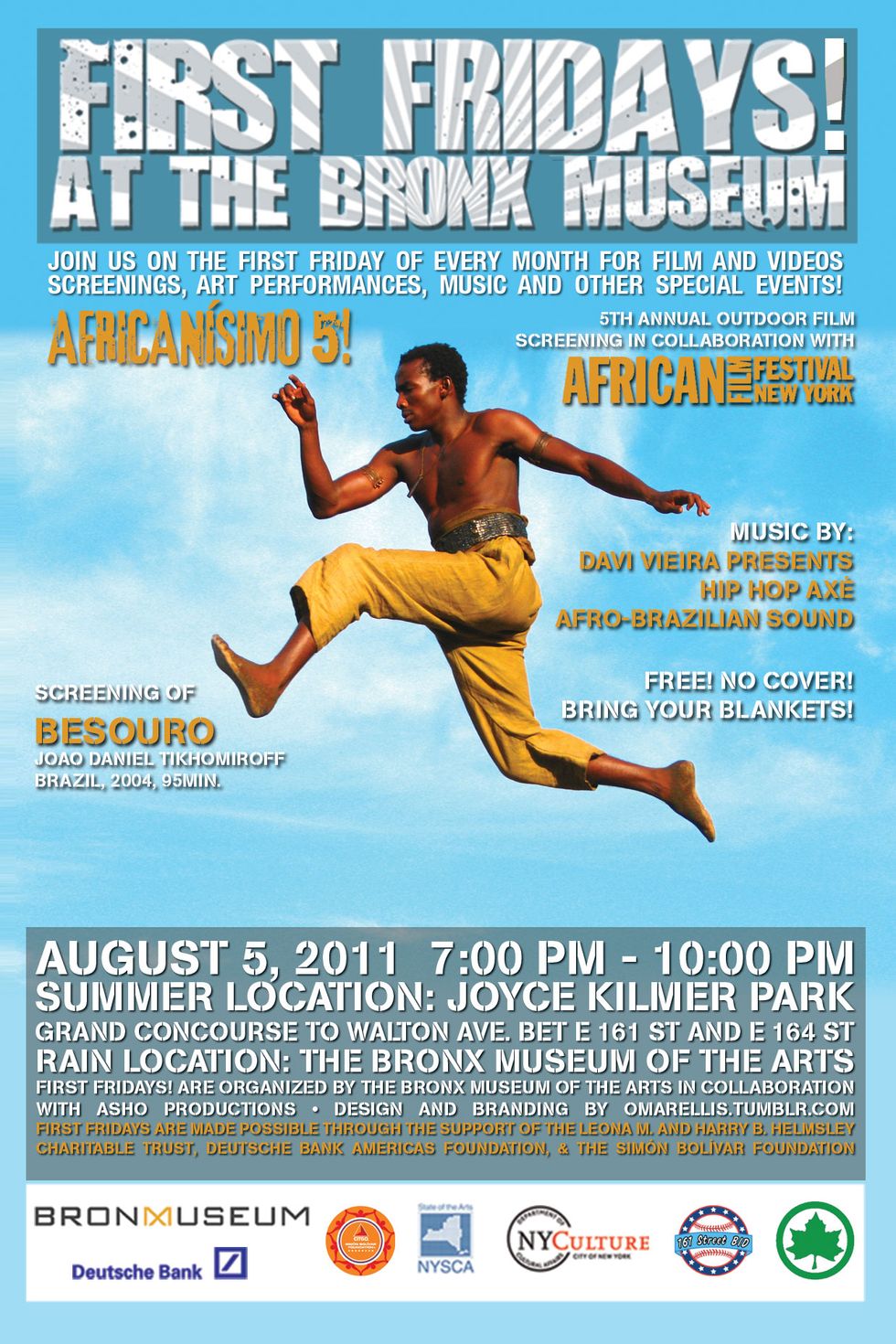 First Friday! The Bronx Museum and the African Film Festival will link up once again to present awesome African-infused film visuals! This time the duo will bring us the 5th Annual Outdoor Film Screening, Africanísimo 5! The screening is centered around, "Besouro," a 95-minute film directed by Joao Daniel Tikhomirofft. The film tells the true story of a legendary capoeira fighter  -- a Bahian man who lead a group of agricultural workers in a campaign against their exploitative landowner. Music will be provided by Davi Vieira as he presents "Hip Hop Axé Afro-Brazilian Sound."

The 5th annual outdoor film screening will take place Friday, August 5th, 7pm-10pm at Joyce Kilmer Park (Grand Concourse to Walton Ave, between E 161 St and E 164 St). If the rain pours, the event will be moved to The Bronx Museum of the Arts. The event is totally free! Leave your wallet at home, but don't hesitate to bring your blankets!