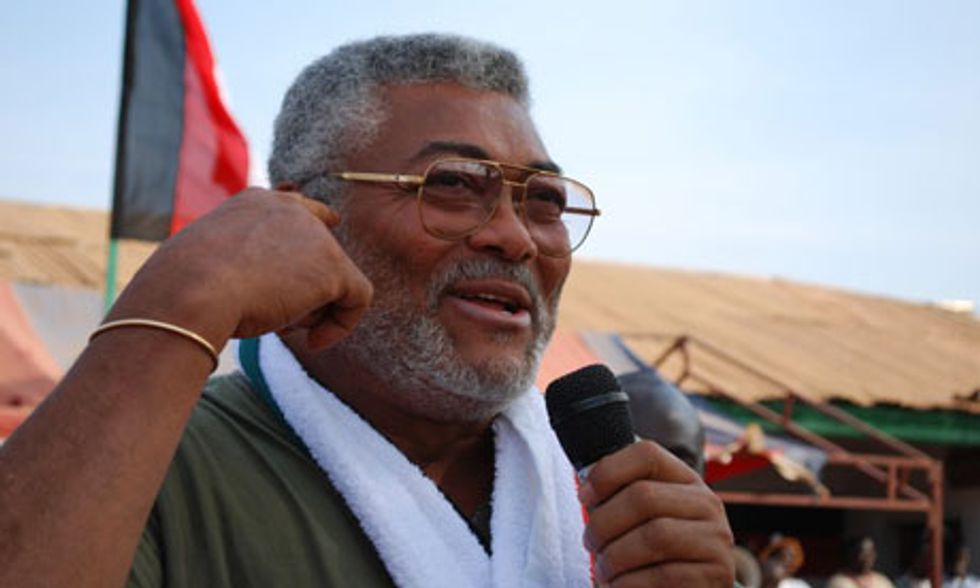 Join Okayafrica and the African Diaspora International Film Festival for a special screening of An African Election this Thursday Dec. 1 at Quad Cinema (34 West 13th Street between 5th and 6th Avenues) at 7:25pm. The film's director, Jarreth Merz will be there for a Q&A session. Be sure to trek with us to Williamsburg after the film to check out OKA boss man, Questlove's DJ set at Brooklyn Bowl.

The film plays like an action thriller, complete with tension so thick you could cut it with a knife - trust (trailer above). The all-access look at the internal diplomacy that saved Ghana from civil war during the 2008 Presidential run-off is particularly impressive. When we say "all-access" we mean you even get a peep at J.J. Rawling watching television in his living room. Rad. Read a review of the film here.