Odie Is Channeling His Nigerian Roots Into Next Level Hip-Hop 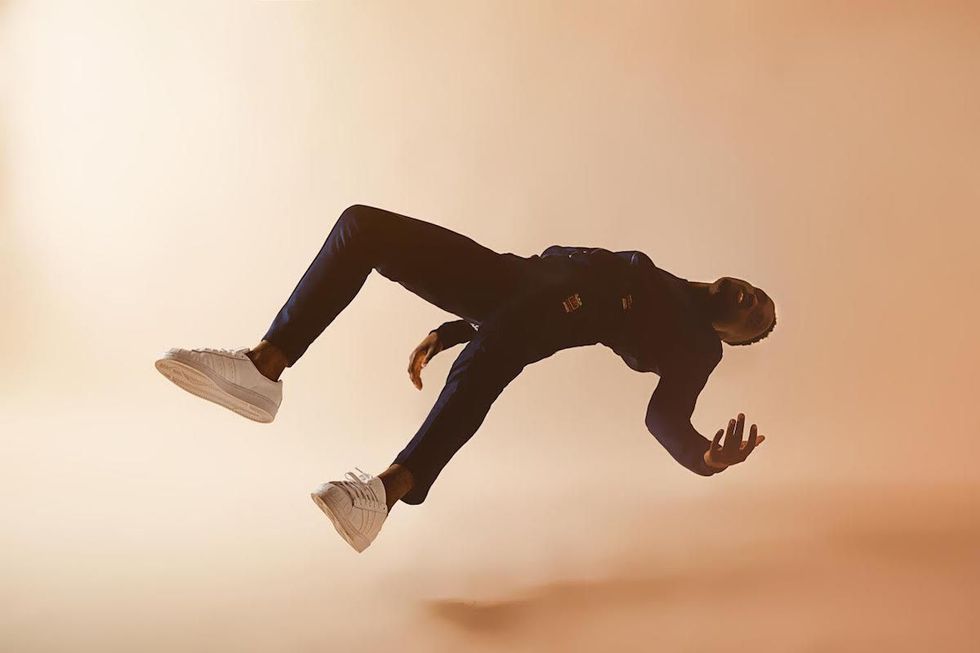 At just 19 years old, Toronto-born producer and artist Odie is transforming the contemporary sound of hip-hop.

At just 19 years old, Toronto-born producer and artist Odie is transforming the contemporary sound of hip-hop.

Not bound by genre, Odie experiments with traditional hip-hop, jazz, soul, alternative rock and afrobeat. After living in Toronto for the first 13 years of his life, he moved to California’s Bay Area, where he began exploring with songwriting more thoroughly.

Growing up in a Nigerian household exposed him to different styles and allowed him to use his culture as a way to set the tone for his sound. Rather than joining the fast-paced approach to putting out music, like many otheremerging artists, Odie is embodying the ideology of quality over quantity.

Over the past year he’s released a number of tracks like “My Own” and “Señorita”, which gained a lot of traction on Soundcloud and was even recognized Soulection founder, Joe Kay, for airing on their Apple Music Beats 1 radio show.

Since then Odie has released a number of loose singles, including his most recent “Dreams” produced by Unité, which mixes elements of West African drums, a heavy bass and harmonies to create a hazy, undeniably stunning track.

Although this is just the beginning for Odie, there’s no doubt that the consistent quality of his music could take him far. We got a chance to talk with the rising artist about growing up between Toronto and the Bay, his music inspirations and more.

What sparked your interest in music?

My interest started from an exposure and appreciation standpoint. I listened to A LOT of music as child. Whether it was native & classic songs my parents played or stuff my sister had on her Limewire.

I was lucky enough to come up on an eclectic selection of music. But what really made me love music was its ability to take you to different spaces sonically. Since I could remember I’ve had the biggest imagination and so hearing a song and being able translate that feeling to a world was a big thing for me.

For instance a track like “Acid Rain” by Lorn will take you to a very deep and dark space but in comparison a song like “Young Folks” by Peter Bjorn and John makes you feel the complete opposite end of the spectrum.

Being able to take situations or feelings and express them through song was so crazy to me and so I just listened to as much as possible to try to expand my creativity of worlds in my mind.

How did growing up in Toronto impact your outlook and overall perspective?

Honestly the best thing about Toronto is that its environment is so culturally diverse and open to any person or belief.

Growing up there, I was around so many people from different backgrounds that I never really felt sheltered from the world. Where I lived in Scarborough, almost every kid was a first generation immigrant.

Regardless of whether you were Chinese, Sri Lankan, Middle Eastern, Islander, Portuguese, African or whatever you were, you had parents who were rich in their native culture but since you were around everyone else you learned other cultures as well and grew a respect for them.

In that sense I’ve never really felt restricted when it comes to exploring and trying things outside my “cultural norm” while still staying true to my roots. I think as an artist that gives me such advantage because I can feel comfortable evolving and experimenting without being scared of losing who I am and where I came from.

Tell me a little bit about your creative process.

When I create I’m trying to tell a story, not only with words but with every aspect of the music. Whether it be melodies, structure, lyrics or random kinks, I want to make sure every aspect properly suites the piece and builds up to the main purpose of the story.

The hard part is keeping a balance. You don’t want the song to be so simple that you can’t fully grasp the idea but at the same time you don’t want so many layers to the point where the whole there premise is distorted. I get in a lot of arguments with my Unité partner Ya’qob about this. [laughs]

"I listened to a lot of Nigerian music growing up… interestingly enough, at first I wasn’t really a fan… but after a certain amount of Saturday cleaning days and Nigerian weddings, the music becomes a part of you whether you like it or not."
Your sound is unique for mixing both contemporary styles and traditional elements, how have your Nigerian roots inspired your music?

Man, I listened to a lot of Nigerian music growing up. A ton of Fela, Sunny and definitely a ton native gospel. Interestingly enough, at first I wasn’t really a fan. I’d rather listen to regular hip hop or alternative music, but after a certain amount of Saturday cleaning days and Nigerian weddings, the music becomes a part of you whether you like it or not.

So when I started producing and recording it just so happened that my cadences and beats automatically had a traditional imprint on them. I’ve definitely grown to appreciate and love it. Its part what makes me who I am and my music unique. Plus I get to put my “oyinbo” friends on to the real African hitters.

In my soul i feel the fire & it's only me myself and i again.

Who are some of your favorite African artist right now?

I’ve bumping a lot Burna Boy, Davido & Wizkid as of a late, gotta love Fela & Sunny and you best believe I still got “Gongo Aso” by 9ice on repeat everyday.

Is the Bay area music scene very different from Toronto’s?

The Bay Area has a very, very different music scene than Toronto. Toronto hip-hop has more of a dark, reminiscent, island-ballad type of vibe, where as in the Bay it s all about the hyphy movement.

I love both styles though and since I’ve lived in the Bay for a while now I feel the influence it has on my content. Of course not everybody in the Bay makes “hyphy” music. There are a lot of successful artists such as Kehlani and Marc E. Bassy that have come up not strictly making Bay Area type songs and there’s a very big future bass movement out here as well.

I’m just focused on molding my own unique sound and, more importantly, making great music in general, because regardless of where I am in the world, if I’m making undeniably good music people will appreciate it.

You’ve released some amazing singles over the past year, any plans to drop a full project or EP?

Yes! I’ve been releasing sparingly, mostly because I’ve been trying to understand, mold and develop my sound to exactly where I want it to be. I still think I’ve got a lot of exploring and learning to do but I’d be lying if I said I haven’t been working on a project. I’m aiming for early next year but we'll see how things go.

What are you looking forward to the most over the next years?

Creating & Growing. Whether its music, film, or any other artistic venture, I’m all in. I know deep down inside that I have the potential to grow into a polarizing figure that plays a huge role in society. I just need to find that version of Odie in myself.