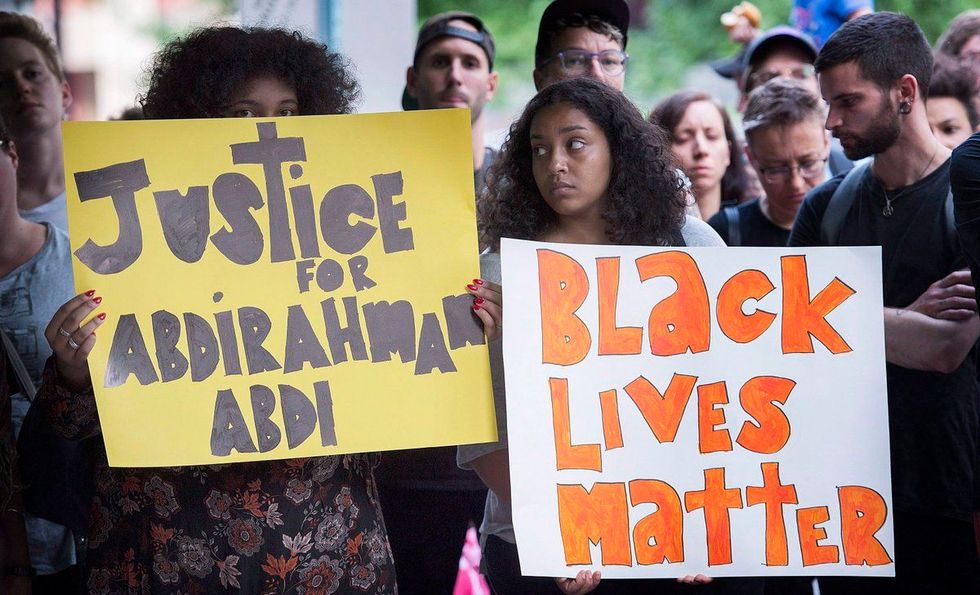 One of officers involved in the brutal arrest and subsequent death of 37-year-old Abdirahman Abdi, last year, will be charged with manslaughter.

One of the two officers involved in the brutal arrest and subsequent death of 37-year-old Abdirahman Abdi, will be charged with manslaughter, Ottawa Citizen reports.

A number of videos circulated last July showing Abdi—who was believed to be suffering from a mental breakdown—handcuffed and faced-down on the ground, in a pool of his own blood for over 10 minutes before he was given proper medical attention. He was taken to the hospital in critical condition after an attempted arrest, and died the next day from his injuries.

“I heard the screaming, and then I come out and I see my brother lying down, police hitting so badly. Like, I’ve never seen something like that in my life,”said his brother Abdirizaq Abdi at the time of the assault.

Canada's Special Investigations Unit is expected to charge Officer Daniel Montsion with manslaughter, while the other officer involved Dave Weir, has simply been designated as a "witness officer" in the investigation.

Though we're remaining hopeful that at least some justice will be served with the charges being brought against Montsion, we've seen too many police officers take the lives of innocent black people with impunity—even when caught on tape.

Abdi's death last year, came right on the heels of the tragic police killings of Alton Sterling, PhilandoCastile.The nature of his death, shed light on issues of police misconduct in Canada, and fueled the country's Black Lives Matter movement.

With situations like these, as well as last month's police assault on a 22-year-old French youth worker, Theo, we're reminded more and more that police brutality against black people is a universal issue that will require widespread action to dismantle.