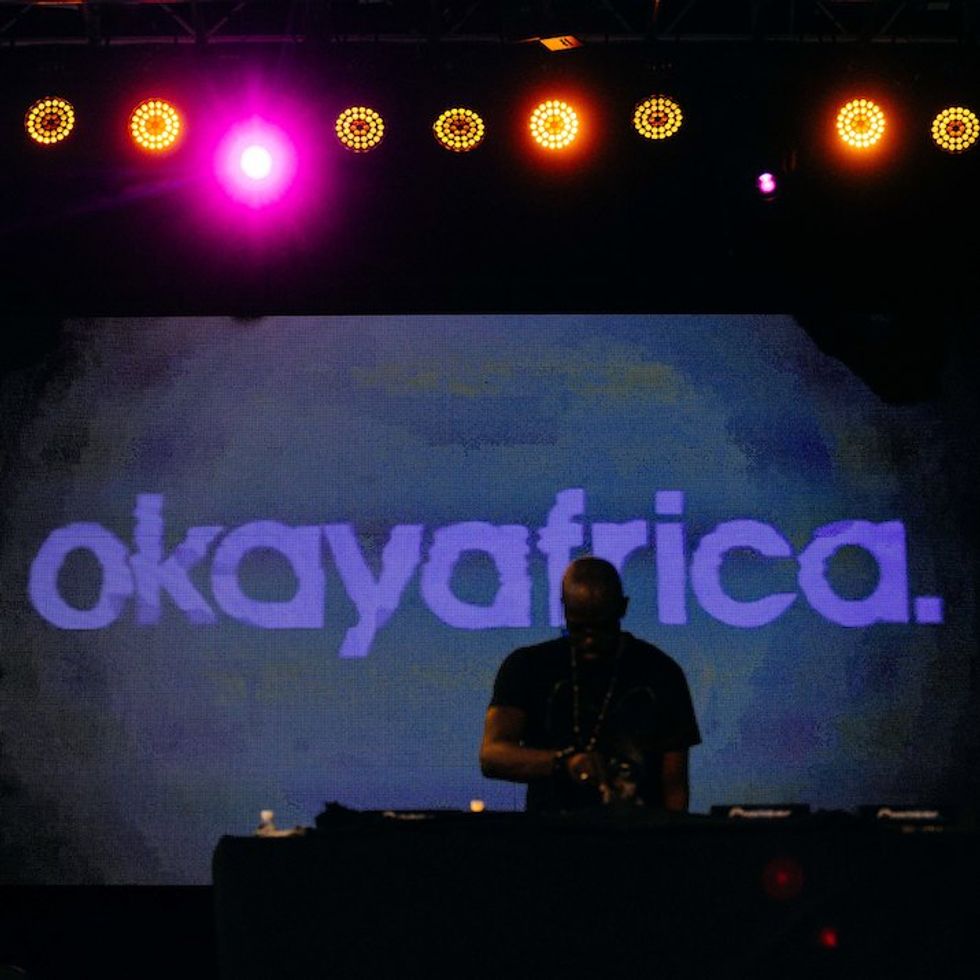 Okayafrica had the honor to present a special night in Central Park with Black Coffee, DJ Spoko and Electrafrique DJs Cortega and Underdog. It was a packed house at our big South African house bash, which we presented in collaboration with the South African Consulate General-NY to celebrate 20 Years of Freedom and Democracy in South Africa and the National Youth Month. Representing Okayafrica Electrafrique NYC, Cortega and Underdog kicked the evening off early with an outdoor edition of our hot and sweaty monthly dance party. After Consul General to the South African Consulate General George Monyemangene's welcoming note, the phenomenal Ntomb'khona Dlamini took the stage to perform the South African anthem "Nkosi Sikelel’ iAfrika." Next up was Pretoria's "Bacardi house" pioneer DJ Spoko, fresh from Barcelona where he performed the night before with his South African "superband" Fantasma alongside Spoek Mathambo. Making his North American debut, crowd-pleaser Spoko introduced NYC to his signature township funk. And with two top notch sets in the bag and the sun just beginning to set, it was time for Black Coffee to bring down the (soulful) house. We could have danced all night with the Soulistic don, who brought out special surprise guest vocalists Kenny Bobien and Monique Bingham. But alas after two hours of non-stop music from South Africa's premiere DJ, the night had come to a close. But not before one final "Superman" farewell. Take a look at photos of Black Coffee, Spoko, Electrafrique's Cortega and Underdog and more tearing down Central Park in the gallery above.

Okayafrica's party at Central Park was the first in Okayplayer's 5-Part Summer Concert Series. Find out the details on our 4 other FREE and stacked SummerStage in Central Park parties left this summer and enter to win VIP passes here.

All photos by Jake Salyers