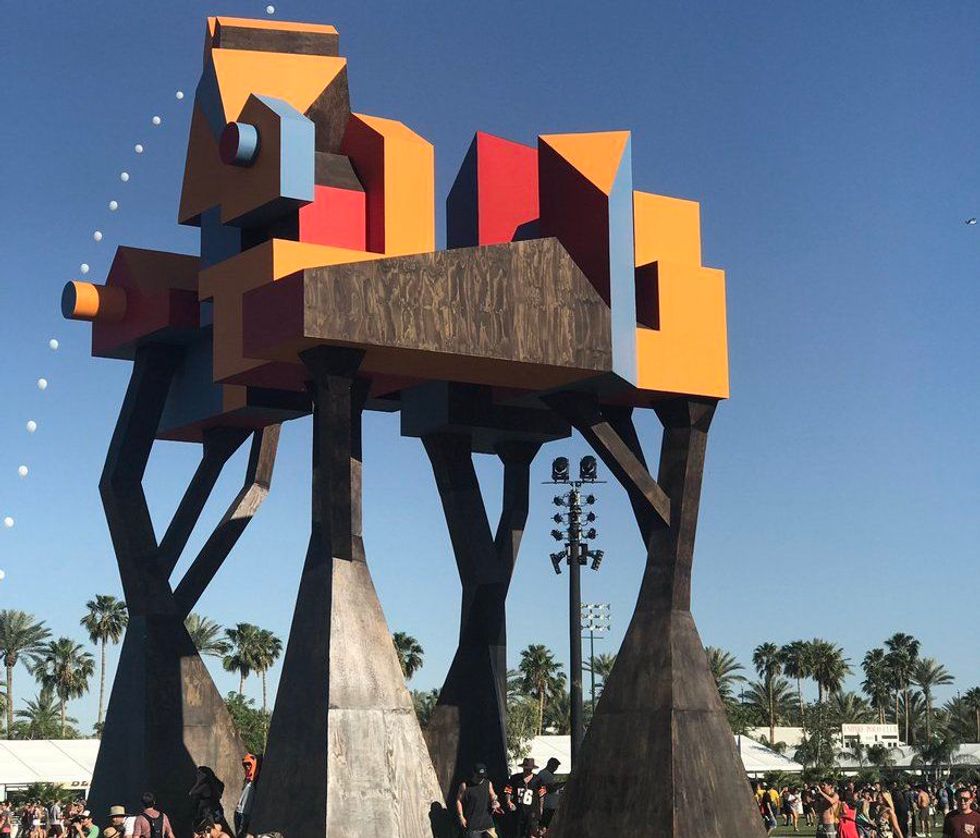 Get familiar with the Brooklyn-based, Nigerian designer and architect who created the 50-foot installation on display at Coachella.

It's Coachella season, which means that all the "cool kids" are in Coachella Valley wearing beads and face paint, and enjoying performances by some of the biggest acts in music. This year, that list includes Kendrick Lamar, Future, Stormzy, Sampha and many more.

The live performances aren't the only must-sees at the festival this year. Also present, is a towering, 50-foot sculpture called the "Crown Ether" by Brooklyn-based, Nigerian artist, Olalekan Jeyifous.

"Crown Ether" explores the “relationship of the terrestrial to the sublime,” says the Cornell-trained artist who was partly raised in Ilé-Ifẹ̀, Nigeria in a statement on Coachella's website. The installation is a variant on a conventional tree house that represents "a coming together of people around the music and the arts."

Jeyifous' latest design is an experiment in the symbolism and science of public architecture. The trained architect and designer was previously Artist-in Residence at the Headlands Center for the Arts and in the Visible Futures Lab at the School of Visual Arts. His drawings, murals and sculptures have been exhibited throughout the world. You can see more of his work via his website.

Here are a few pics of my 50ft tall sculpture, "Crown Ether" at this year's @coachella I couldn't be happier. pic.twitter.com/xgV0rX7a8U