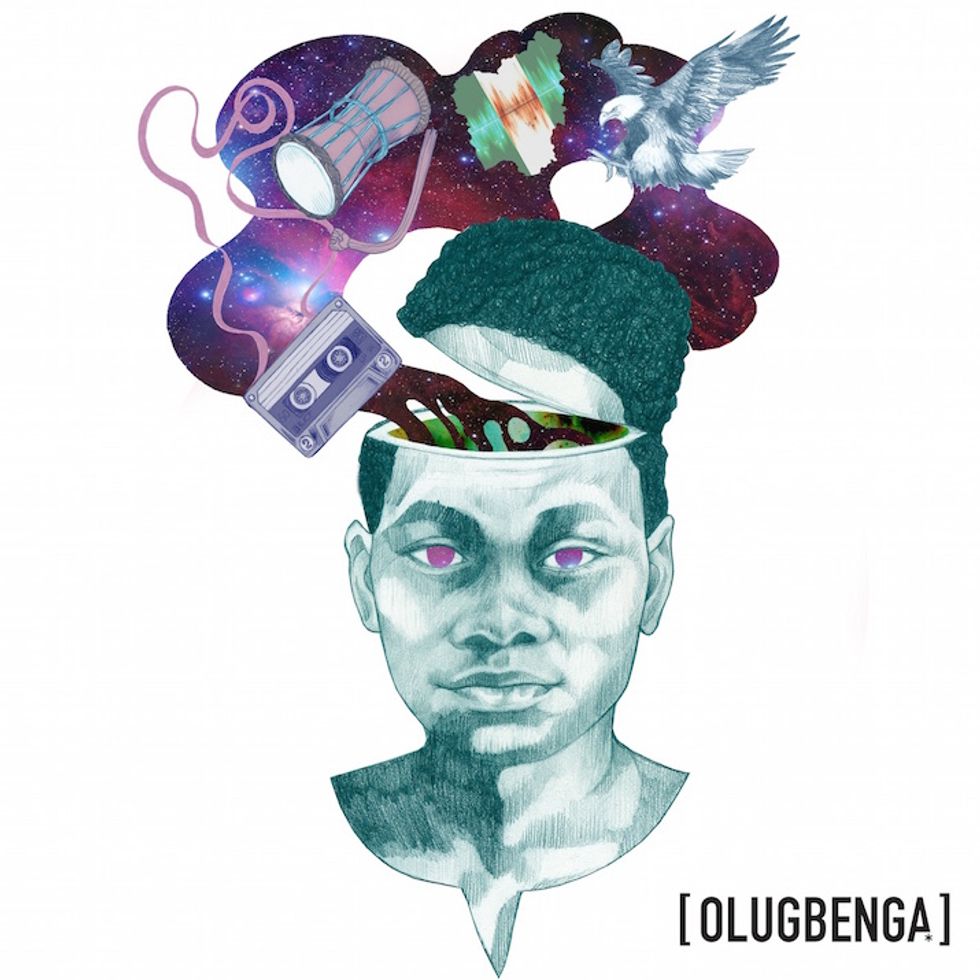 "This... mixtape is Pure Internet," Olugbenga writes in a detailed explanation, "My first son was born almost two months ago and I haven’t really left the house since then. There have been walks around the park and a few shows with Metronomy, but certainly no DJing. I am still well acquainted with being awake when most respectable people are asleep, but I haven’t seen the inside of a club in months. I’ve... spent hours (and hours!) listening to tunes from all over the world, panning for gold.

"From hearing the first few bars of Holy Oxygen, I just knew this was the song with which to open up proceedings. I’m still not 100% sure how to pronounce Okmalumkoolkat or what he’s on about a lot of the time, but I know this is the freshest hip-hop I have heard in a while... uniquely representing his region of Africa but also of a generation that has grown up with a global mix of influences. His music is both spiritual and carnal, from what I can make out, and I always think that’s an interesting mix."

"One of the things I was looking for this month was music from East Africa. I have a great affinity for that part of the world. My mother is from Mombasa in Kenya, and I’ve had some wonderful times there and in Mozambique. So P-Unit and The Kansoul are representing Kenya this month... From Nigeria there are funny, party tracks by Temi Dollface and Orezi but the tunes by myself and my brother Seye are lyrically much more reflective. Seye’s been keeping busy the last couple of years playing for people like Damon Albarn and The Very Best. Another track I am very pleased to be sharing is my remix of Divine by the inimitable Laura Marling. The closing run of Vieux Farka Touré (remixed by Mawimbi), Dotorado Pro, Midnight Ravers and Christian Tiger School was just an excuse for me to imagine a dancefloor going off during one of the peak periods of the night."