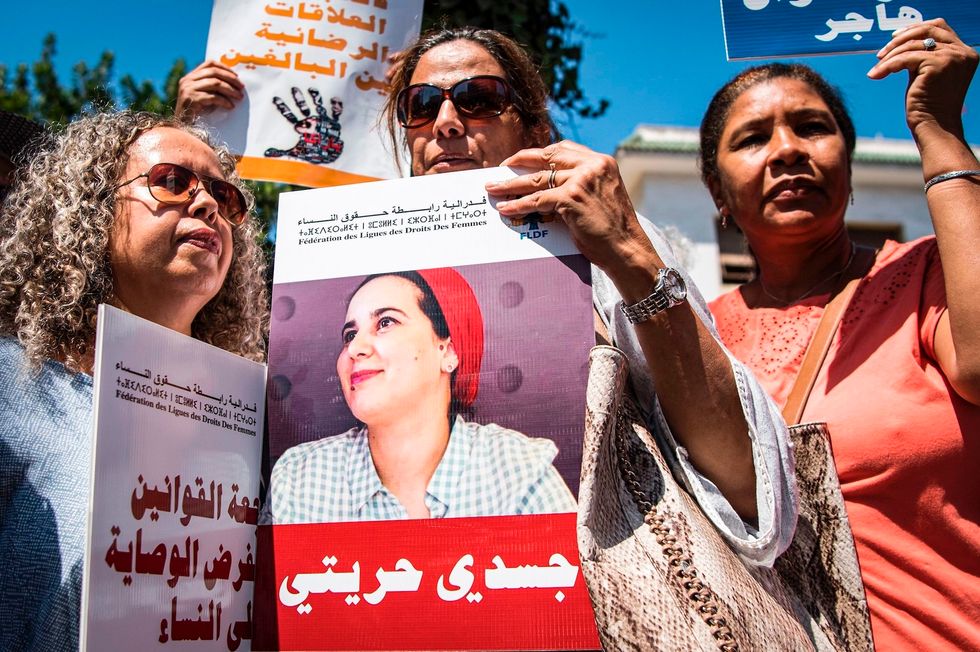 Independent journalist Hajar Raissouni, who received a prison sentence for an alleged abortion that she claimed was a political setup to censor her writing, has been pardoned by the King of Morocco.

UPDATE (October 16, 2019): King Mohammed VI of Morocco has pardoned Hajar Raissouni today, as Al Jazeera reports. The news was given via the justice ministry who said that the King's involvement was "an act of compassion and mercy." In addition to Rasissouni, her fiance, her doctor and two medical professionals were also pardoned.

In the court proceedings, Raissouni and her fiance, Rifaat al-Amin, said they had already been wed in ceremony, but not legally. The reporting states that the fact that Raissouni and her soon-to-be husband had wanted to begin their family as a married couple—which is to say legally—had an impact on the decision.

Following protests outside her trial, a Moroccan court in Rabat has sentenced journalist Hajar Raissouni, 28, to one year in prison for having an abortion and sex outside of marriage. Raissouni, however, claims she had no such abortion and that this sentence is retaliation for articles she has written criticizing the government of the North African country. The events have left many dismayed and feeling that this is part of a political strategy to minimize women's rights and stifle free speech.

Raissouni had been arrested after leaving a clinic on August 31st. She stated in court that she was being treated for internal bleeding—not an abortion—which her gynecologist confirmed.Two clinic staff members told investigators they had performed a routine procedure to remove a blood clot, according to The Guardian. Following her arrest she was required to undergo a vaginal examination against her will to determine whether or not she had received an abortion. Detained along with Raissouni was her Sudanese fiancé, professor Rifaat al-Amin, the doctor who is said to have performed the abortion, an anesthetist and a medical assistant. In addition to Raissouni's year sentence, today the court gave her fiancé and the anesthetist a one-year sentence, the doctor received two years and the medical assistant is to serve eight months as reported by Al Jazeera.

The events have sparked much debate and outrage. It led to a manifesto signed by 490 Moroccan women and published in major news outlets in which the women deem themselves "outlaws" for having sex out of wedlock and being complicit in abortion activities. People also believe that, due to the harshness of the sentence and the frequency of abortions, this case is more about an attempt to censor Raissouni's journalism. Here are some more reactions from people and women of Morocco from today's court decision:

Unfortunately I had little hope for #hajarRaissouni , her fiance and the medical staff. The Moroccan state has neve… https://t.co/Anj4FW2zwY
— باسطا - المغرب (@باسطا - المغرب) 1569865003.0