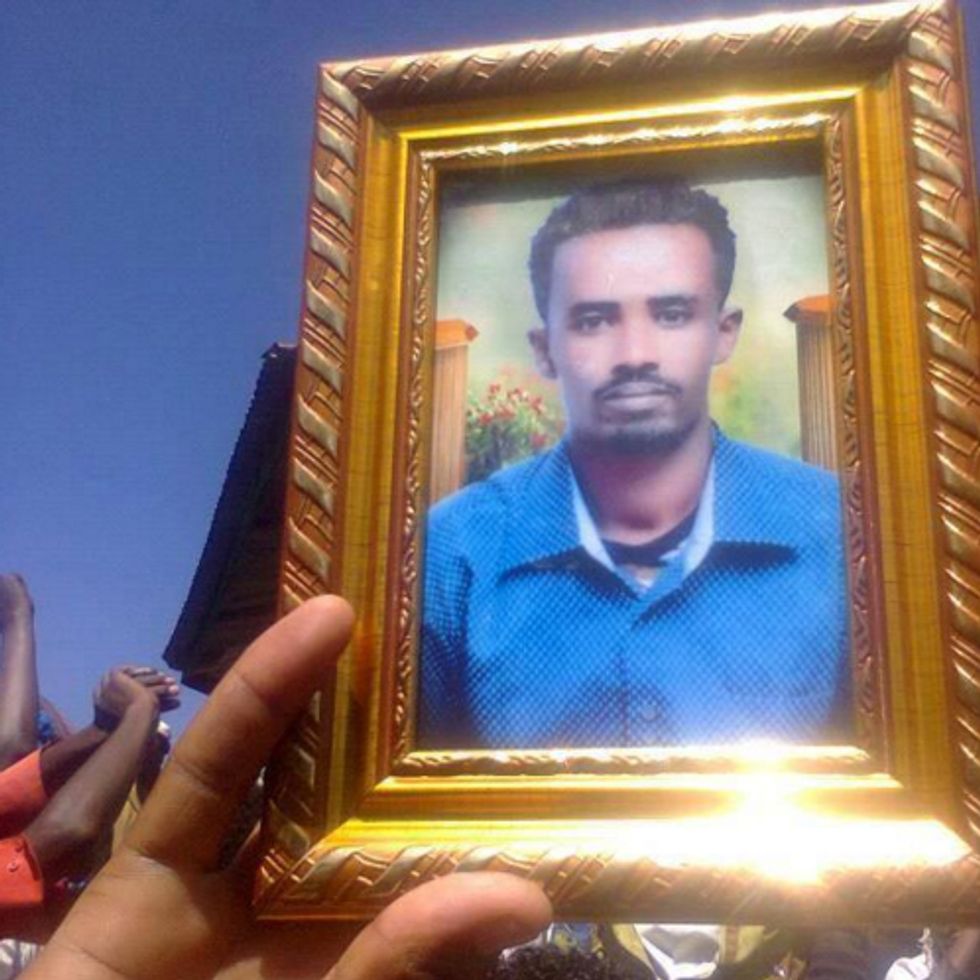 How many protesters have been killed during the recent uprisings in Ethiopia? A new map helps us visualize the carnage.

How many protesters have been killed during the recent uprisings against the Addis Ababa master plan?

Two weeks ago in their in-depth primer on the Oromo protests for Okayafrica, Hassen Hussein and Mohamed Ademo wrote that 40 people had been killed in the government crackdown. Human Rights watch estimates that 140 Oromo protesters have been killed since November 2015. One thing’s for sure, the Ethiopian government’s figure of 5 deaths is, to put it mildly, too low.

Endalk on Global Voices has used the StoryMap tool to plot 111 reported killings, and counting, onto a map of Ethiopia. As much as they are about identity and standing up against repression, the demonstrations are, at their heart, a protest against the expansion of Ethiopia’s capital city into Oromia. It’s helpful, then, to see the killings laid out geographically alongside photos of the deceased. Seeing photo after photo of the mostly young men who have been disappeared, shot and hanged really drives home the high stakes of dissent and the current state of free speech in today’s Ethiopia. (Note: Okayafrica.com is blocked in Ethiopia.)

Students in Oromia, Ethiopia’s largest regional state, have been demonstrating against the government’s so-called developmental “Master Plan” to expand the area of the capital Addis Ababa, into Oromia. Students and other citizens, along with many Ethiopians living abroad, believe the move will result in direct persecution of the Oromo ethnic group, which has been systematically marginalized by the government over the last two decades, despite representing Ethiopia’s largest ethnic group.

Check out the map on Global Voices. Or in full-browser mode here. A warning: some of the images are very graphic.