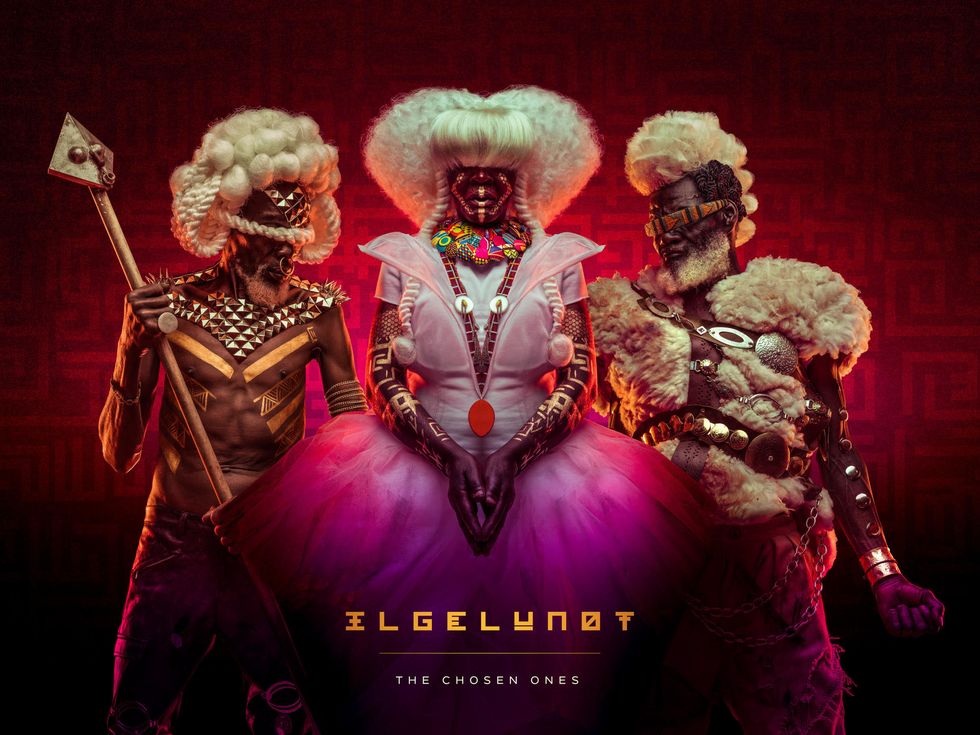 The Kenyan visual artist was commissioned by Marvel to create original artwork for the film.

"When I was approached by Marvel to create an exclusive art piece for Black Panther, I was excited at the fact that finally the world is seeing what we are doing in Kenya and Africa in general," the artist tells OkayAfrica.

"We always talk that Africa's time is now but this was that solid stamp to certify that our time has come."

Macharia tells us how he went about conceptualizing new characters that fit seamlessly into the utopian nation of Wakanda.

"I spent a couple of days trying to crack the concept until I finally figured how I would incorporate the Maasai people, who are commonly known worldwide, and afrofuturism which is my signature style. I consulted with my friend Paddy Gedi—who is a wiz when it comes to comics—on how my story would align with Wakanda, so that my project sits right in place within this universe."

For the project, the artist conceived a photo series called Ilgelunot, which translates to 'The Chosen Ones' in Maasai. It tells the story of "three blind elders of Maasai origin (originally from Kajiado) who were Black Panther's most trusted advisors in the Kingdom of Wakanda," says Macharia.

"The three were rescued by King T'Chaka during World War II, after having wandered the vast plains of North Africa for months in search of refuge. As nomads, they got to integrate, assimilate and learn from different cultures and tribes. Exposure to the metallic element Vibranium made them blind but also gave them extra ordinary abilities and insight. Little is known about them till now."