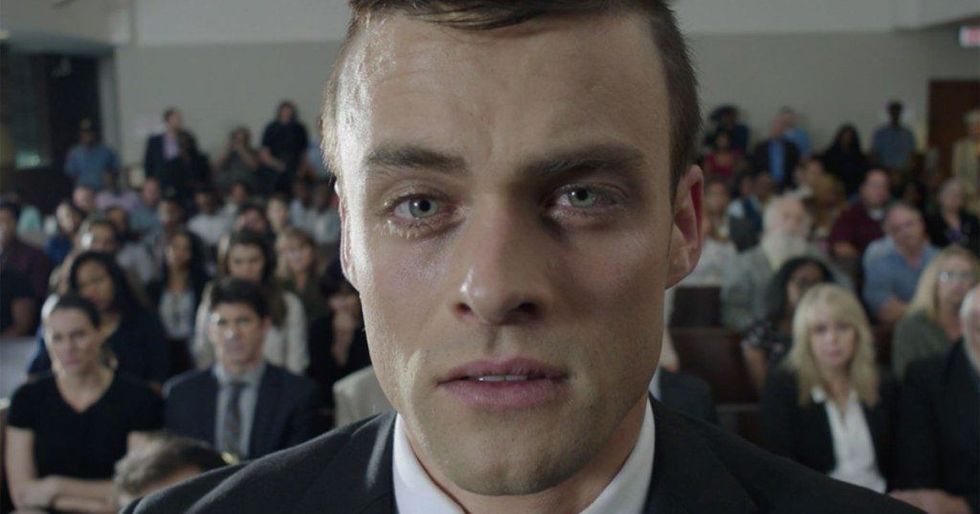 The Pistorius family plans to take legal action against Lifetime over the upcoming film.

A trailer for an upcoming Lifetime film based on the criminal case of former paralympic athlete Oscar Pistorius who is set to serve six years in prison for the murder of his girlfriend Reeva Steenkamp, has been released, and it hasn't received the best reception from South Africans.

According to Channel 24 News, neither Pistorius nor Steenkamp's families were consulted during the making of the film.

Reactions on social media have been largely unfavorable. Many are bashing the overall quality of the film—I mean, it is a Lifetime movie after all—and they're not mincing words.

Had my day ruined by the fact that there's already a movie about Oscar Pistorius and Reeva Steenkamp.
— Xand Venturas (@XandVenturas) October 2, 2017

Others are critical of the fact that the movie was made by Americans, and for an American audience, with little South African representation.

The Oscar Pistorius trailer is not only disappointing but it's robbing Africans of their stories
— freedomfighter (@mzanzimgosi) October 2, 2017

The Oscar Pistorius movie... A lil worried about the execution. Seems rushed and with what's happening to SA women, I'm not sure about it.
— Ona 👑 (@kagisolatane) October 2, 2017

Side note: How TF is America getting to see the Oscar Pistorius movie before us? Aowa!
— M A W E T U 🇿🇦 (@MawetuMatyila) October 2, 2017

Some, simply don't see the point of this story being retold, especially so soon after his sentencing.

We don't need a fucking Oscar Pistorius movie to remind us of what he did to Reeva. It played out on live TV! Blade Runner Killer must TSEK!
— Public Protester (@Pasco_e) October 2, 2017

The movie will premiere in the U.S. on November 11, though we probably won't be watching.

The film was made with "blatant disregard for both the Steenkamp and Pistorius families, as well as a disregard for Reeva and Oscar," the family said in a statement shared via Twitter. "Neither Oscar, the defense or the family were involved in the production of this film in any way."

The family argues that the film is misleading, and leans towards prosecution's account of the events that occurred in Pistorius' case. "The 'film' is a gross misrepresentation of the truth. The 'film is rather a representation of what the prosecution tried to portray. We will be taking legal action."