Here's What We Know About P-Square's Absurdly Messy Breakup 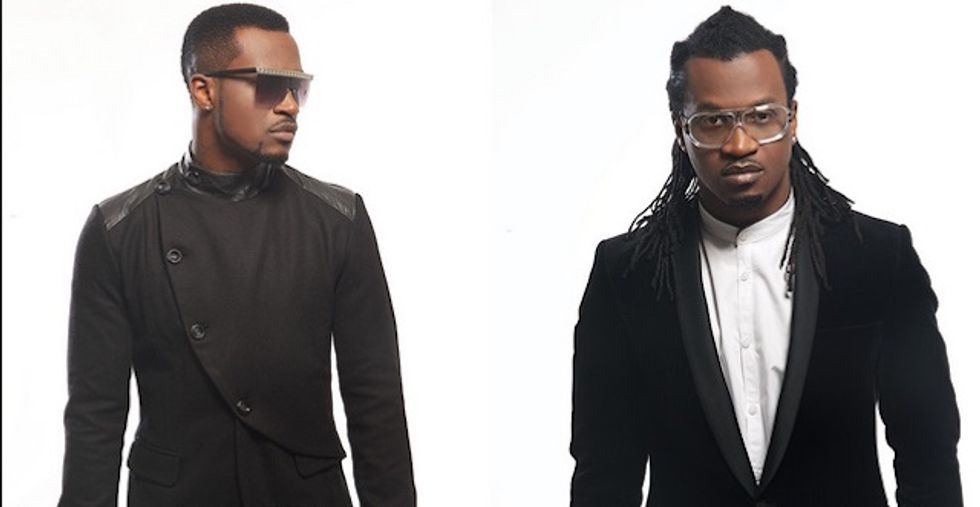 What exactly is going on with P-Square—or should we say, the Nigerian twin duo formerly known as P-Square?

News of the seasoned afrobeat group's breakup spread yesterday, and the story has only gotten messier since.

The two brothers, Peter and Paul Okoye, broke up before in 2016, supposedly over a disagreement about the role of their manger—their elder brother, Jude, reportsthe Native. They were able to patch things up however, even releasing two new songs together earlier this year.

Sadly, the reconciliation was short lived, as Peter reportedly sent a termination letter yesterday requesting to part ways with his brother once again. According to Premium Times Nigeria, Peter claimed that his brother was being generally uncooperative about matters relating to the group, and had even gone as far as to slander his wife and children on social media. He called for a cancelation of  their upcoming U.S. tour.

In the letter, Peter raises very serious allegations as he describes feeling as though his brothers posed a threat to him and  his family's well-being. "Me and my wife have been getting life-threatening messages and I fear for my life and the life of my family," he stated. Remember Jude has threatened to kill me and shoot my wife in the presence of Paul and Mrs. Imoke," he said.

Today, a video has surfaced via Linda Ikeji's Blog, appearing to show the brothers engaged in a physical confrontation during a mediation session at their lawyer, Festus Keyamo's, office. No actual blows are captured on film, however. The brothers can be heard aggressively arguing back and forth, and threatening to beat one another.

Is it wrong that we secretly hope this is just an overblown publicity stunt? We'd hate for P-Square's relationship to have gone this sour. Besides it being a disappointment to their many fans, at the end of the day, they're family.

Watch the unsavory video below.