The African Leaders Named In The Panama Papers And Their Crimes 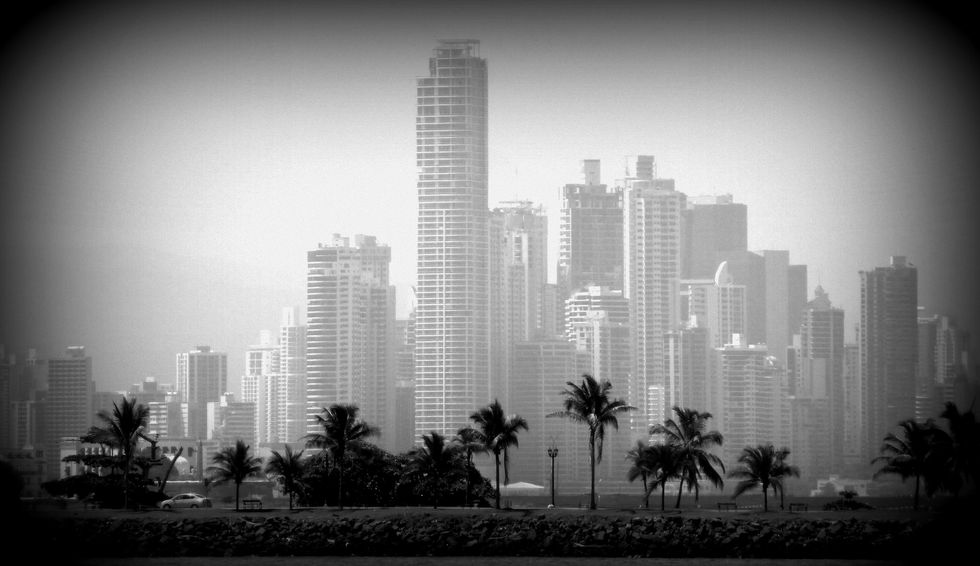 The biggest data leak in history reveals how global elites hide their money. These are the Africans mentioned so far.

Dozens of presidents, soccer stars and politicians alongside hundreds of their sycophants, goons and business connections, have been exposed as using a shadowy Panamanian law firm to obscure their criminal dealings.

The revelations from the Panama Papers are just the beginning, but we're already getting a much clearer understanding of how the global elite hides their loot from authorities.

The biggest data leak in history, the Panama Papers include 11 million documents from the Panamanian law firm, Mossack Fonseca, known in the world of international finance as a facilitator of those who want to create off-the-books shell companies to launder money, dodge sanctions and hide cash from tax authorities.

While off-shore companies might have some legitimate uses, we can reasonably assume the people named in these leaks are, almost by definition, involved in some shady shit.

The raw data is currently in the hands of the German newspaper Süddeutsche Zeitung and the International Consortium of Investigative Journalists, who are in the process of analyzing and publishing the findings.

Instantly apparent, is the geographical diversity of these financial predators. They include the British Prime Minister's deceased father, Ian Cameron, an early player in the game of Panamanian money trickery, the Icelandic Prime Minister, Sigmundur Davíð Gunnlaugsson, who was caught on tape finding out about the leak, as well as dozens of powerful Russians, Chinese and other sleaze-bags from around the world. Movie star Jackie Chan is revealed to have at least six shell companies. Twenty professional soccer players have also been named in the revelations including the utterly corrupt, but oh so talented, Lionel Messi.

While the millions of documents have only begun to be examined, the ICIJ has put together an easy list of some of the power players revealed so far, including 12 current or former heads of state and 60 more people linked to world leaders.

This list of Africans from the ICIJ is not meant to suggest that these are, by any means, the only people taking wealth away from the continent. There will be many more revelations in coming days as well as the opportunity to analyze the players more broadly.

The former Sudanese president ran the country from 1986 until he was deposed by the current president Omar al-Bashir. At the time of his death in 2008, he had $2.72 million dollars worth of assets held in a Panamanian shell company called Orange Star Company.

The son of deposed Egyptian president Hosni Mubarak, Alaa Mubarak was jailed along with his brother Gamal in 2015 for embezzling millions in state funds. New documents suggest he was all kinds of corrupt and that, despite repeated warnings, Mossack Fonseca were cool with that.

The president of the Botswana Court of Appeal since 2010, Kirby is connected to at least seven shell companies that dealt in real estate and other unspecified activities in the United Kingdom. Kirby was part of a commission that led to the creation of Botswana's Directorate on Corruption and Economic Crime.

The personal secretary to King Mohammed VI of Morocco appears to have used his Mossack Fonseca managed companies to buy things like an antique schooner and a $42 million dollar Paris apartment.

While South African President Jacob Zuma is embroiled in his own corruption scandal at home, his nephew Clive, a mining-industry mogul, used shell companies to acquire valuable oil fields in the Democratic Republic of Congo.

The widow of Guinea's former president Lansana Conté was paid millions in bribes by the Israeli billionaire Benny Steinmetz to acquire the rights to mine the world's biggest deposit of iron ore. Much of the money was transferred to her via a Mossack Fonseca managed company. The case was the subject of a 2013 New Yorker article.

This Ivorian banker helped fund the Laurent Gbagbo regime until its overthrow in 2011 and was subsequently subject to European Union sanctions.

The twin sister of Congolese president Joseph Kabila is also a member of DRC parliament and the owner of a major media company. Said to be the most influential person in her brother's entourage, she is behind a Mossack Fonseca-managed company that, among other things, owns part of a major Congolese mobile phone carrier.

The son of Ghana's former president has been accused of corruption various times over the course of his career. An account managed by Mossack Fonseca was worth about $75,000 while other documents link him to a host of other entities.

An Algerian Member of Parliament and the current Minister of Industry and Mines, Bouchouareb's Panamanian company has its hands in commercial ventures in Turkey, Algeria and the United Kingdom.

Angola's Minister of Petroleum since 2008, Botelho de Vasconcelos had a shell company based in various Pacific island nations that held shares in a New York consulting company.

Kenya's Deputy Chief Justice since June 2013 is a respected jurist who used her shell company to buy and sell a series of multimillion dollar homes around London.

The former head of Republic of Congo's national oil company, Itoua was once accused of massive diversion of state money into officials' pockets. He ran two off-shore companies while acting as energy adviser to the President of the Republic of Congo and CEO of the Société Nationale des Pétroles du Congo.

The former governor of Nigeria's oil-rich Delta State plead guilty in 2012 to conspiracy to defraud and money laundering. He admitted to sending $75 million out of Nigeria through offshore companies although prosecutors believe the real figure is closer to $250 million. Mossack Fonseca ran at least four of his companies through which he financed a lavish international lifestyle including the purchase of a $20 million private jet.

The Zambian ambassador to the United States between 2000 and 2002, Shansonga was arrested as part of the investigation into corruption under former Zambian president Frederik Chiluba. He used shell companies to loot the Zambian state and buy-up real estate in Lusaka.

The son of former United Nations secretary general, Kofi Annan, Kojo Annan used a shell company to buy London real estate. He's also connected to various other companies though it's unclear what they do.