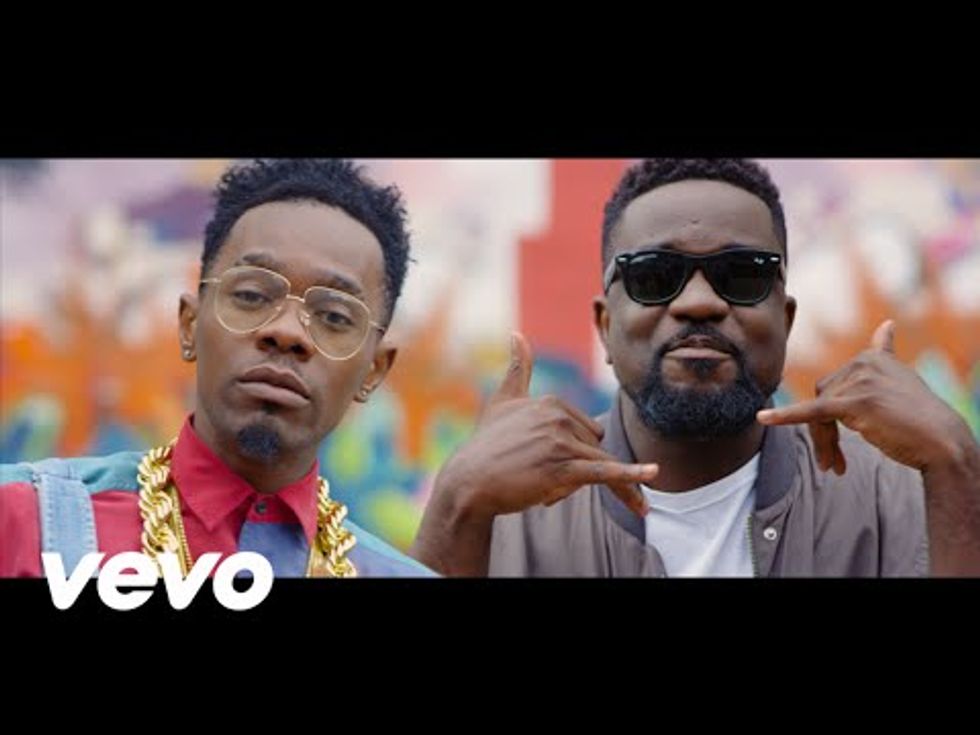 The single, produced by GospelonDeBeatz, comes off Patoranking’s upcoming album 'God Over Everything.'

The GospelonDeBeatz-produced single comes off Patoranking’s upcoming album "God Over Everything," and it's definitely a party-starter, featuring a rhythmic beat and synthesizer accents. Less than 24-hours since its drop was first announced on Instagram, its visual accompaniment has arrived, evoking a whole lot of 90s nostalgia.

Directed by Daps, the new music video takes place on a playground with graffiti-covered walls. It sees Patoranking, Sarkodie and their backup dancers, who show off familiar dancehall moves, decked out in all the accouterment of the era from overalls with one strap hung loose paired with a chunky gold chain to track jackets and fanny packs—pretty much everything in vogue right now.

"No Kissing Baby" gives major flashbacks of a classic hip-hop video like LL Cool J’s "Around the Way Girl," and shows Pataronking wooing future-bae over water (gotta stay hydrated, right?) as the hook, “No kissing, babe. No touching babe,” plays in the background because she’s hard to get. As his pursuit gains traction, a dance party eventually breaks out around a vintage, chartreuse Mercedes.

Overall, the collab nicely captures the butterflies and flirtatiousness of summer love.

But don’t only take my word for it, enjoy at the top.