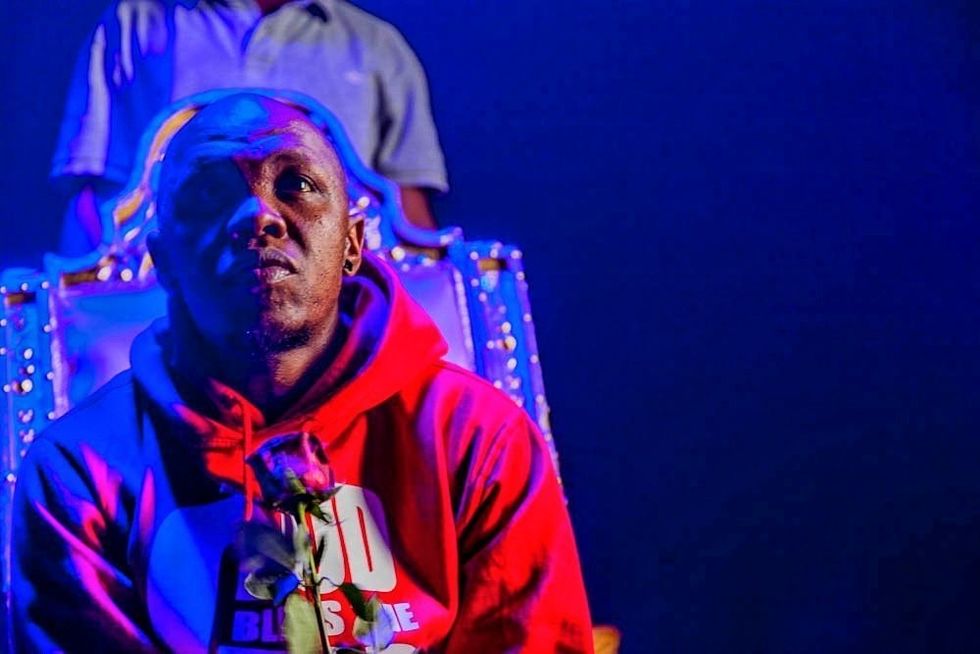 PDot O shares the visuals for 'Celebrate The Roses.'

PDotO released his sophomore album Under The Sun around this time last year. Today, the Pretoria-based MC released a video to a fan-favorite from the album, "Celebrate The Roses" featuring Reason and Delite.

"Celebrate The Roses" resonated with PDot O's fans, as it touches on a subject that's close to everyone's heart. On the song, the rapper and his collaborators touch on the phenomena of people only receiving their roses when they can't smell them. But the MC also touches on the importance of appreciating those who give you the roses.

Both Reason and PDot are known for their sincere rhymes and their consistent willingness to share their vulnerabilities with their listeners.

Under The Sun, just like most of PDot's work is a personal album replete with moments of introspection, reflection and emotive expression. The video is dark, showing performance scenes and cutaways shot in a dark room, which plays to the song's equally dark theme.

Watch the music video for "Celebrate The Roses" below and stream Under The Sun underneath.