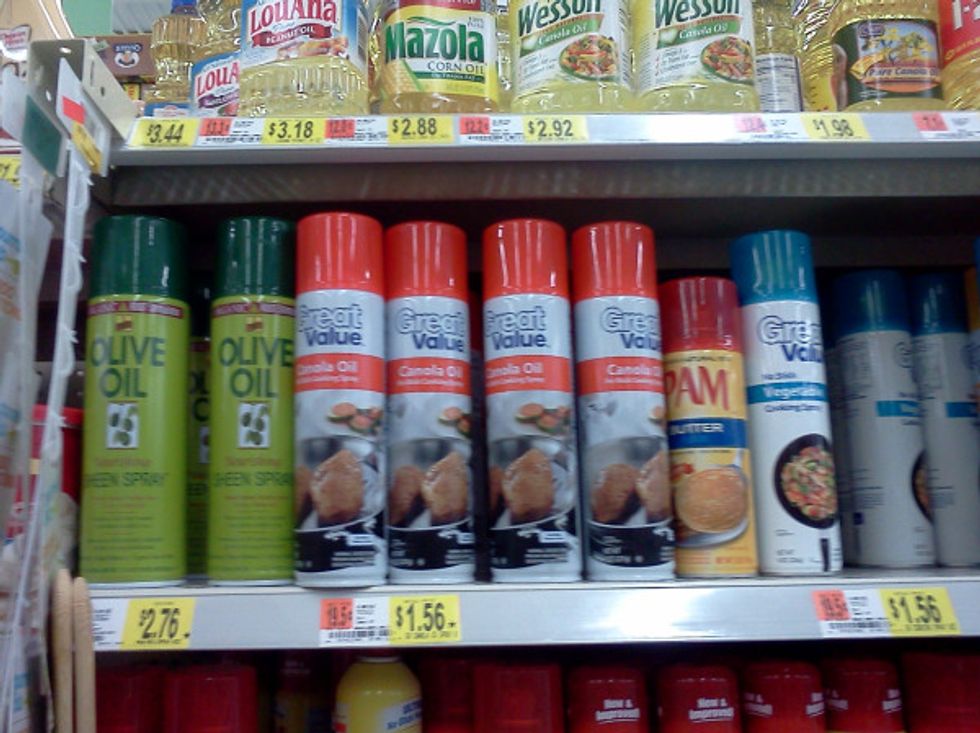 "Why do you have sheen spray in your kitchen?"

For a black person, eating at a white friend’s home can be, well, a unique cultural experience. It’s an opportunity to try rifts on familiar foods like mayo-based potato salad, tuna casserole, Kraft mac and cheese and kale soup.

But a London gathering held to celebrate the end of school exams over the weekend took cooking matters to a whole new level.

Coral, 20, was absolutely blown when she noticed Organic Root Stimulator (ORS) Olive Oil hair sheen spray—a trusty black hair care standby—nestled in the back of the kitchen pantry. And she observed that “no one with Afro-texture hair” lived there, Buzzfeed reports.

She asked the host, “Why do you have sheen spray in your kitchen?”

The response she received was quite unexpected.

“It's cooking spray,” he replies.

That’s when Coral, as any good friend would, explained that the product was actually designed to restore moisture levels and add shine and silkiness to multicultural hair, not elevate his cooking game.

“But it’s got oil on the front,” he contends.

Dear friend of Coral—that may very well be true, but it also contains a slew of potentially harmful ingredients that probably shouldn’t be consumed or even used on hair. And they're difficult to pronounce (I'm literally guessing where to place these commas, y'all):

@QUEEREGG isn't it highly flammable though???

Coral messaged her friend Róisín with the photo evidence. Then Róisín, thankfully, tweeted the Black Twitter fodder Sunday. It now has thousands of retweets and likes.

Coral tells Buzzfeed she was "shocked" that the tweet went viral (really though?).

“I didn’t know Róisín had tweeted it then she sent me a message saying it had all blown up [on Twitter]. I thought it must have 50 or so retweets,” she says.

This cross-cultural encounter brings to light that confusing oil sheen hairspray for cooking oil is a much more widespread phenomenon than you might imagine. And who can blame anyone when stores like this Walmart in Huntsville, Texas have actually placed the hair product on the same shelf as cooking oil sprays like Pam and Great Value?

clearly this was a 2 part failure.

the stockboy who is putting olive oil hairsheen in the cooking oil aisle, and the dumbass cooking w/it ?

Moral of the story: It helps to have a black friend, and preferably more than one.